The Havana Syndrome: Unraveling the Mystery

The Havana Syndrome: Unraveling the Mystery​

Why are U.S. diplomats abroad being attacked with directed-energy weapons?​ 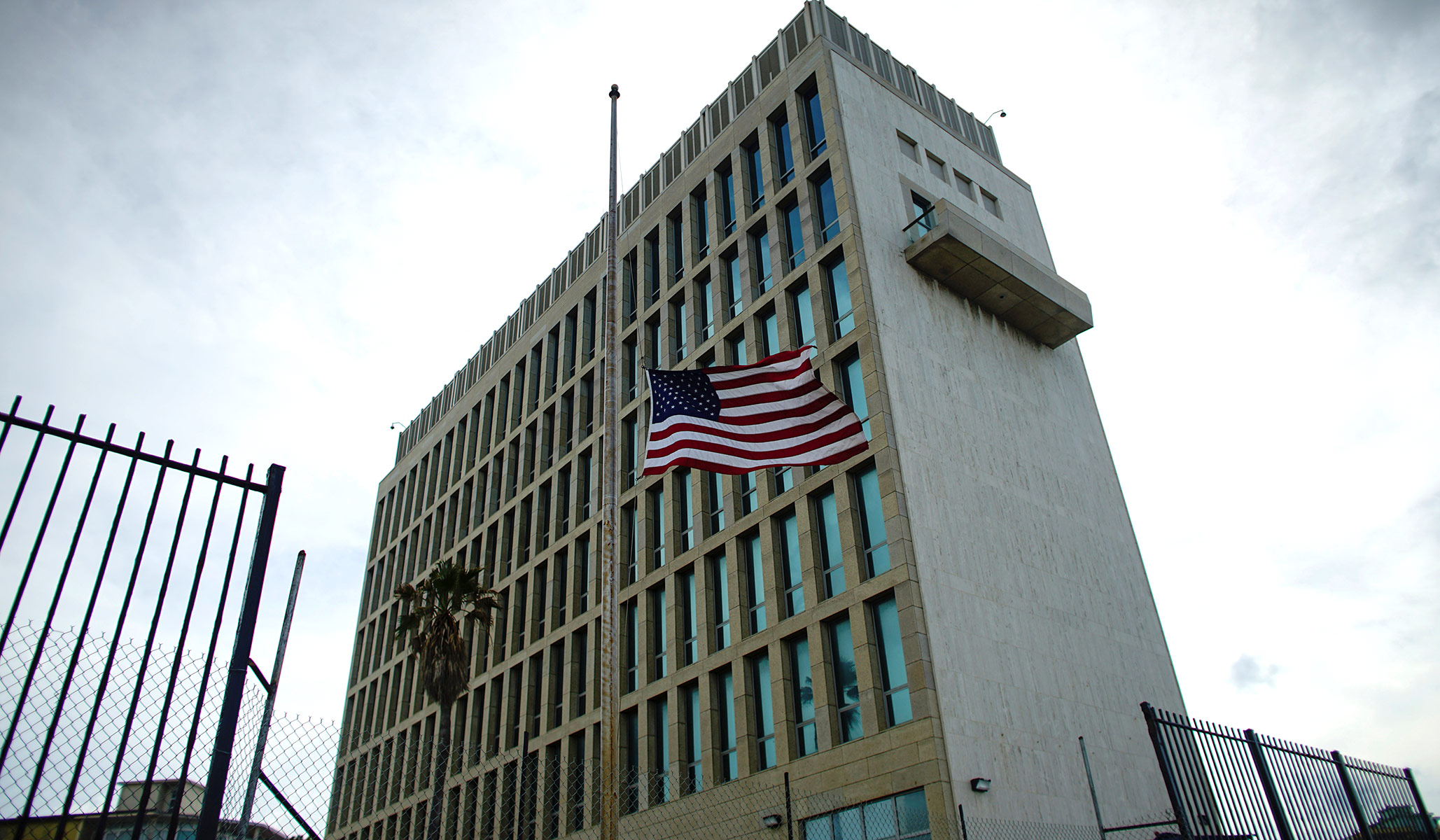 Why are U.S. diplomats abroad being attacked with directed-energy weapons?

www.nationalreview.com
11 May 2021 ~~ By Nestor T. Carbonell
The State Department, the CIA, and the Pentagon have stepped up efforts to investigate a series of health incidents, deemed “directed-energy attacks,” which have injured American officers in Cuba, China, Russia, and elsewhere. Now we have learned that the U.S. is also probing suspected attacks in Miami and Alexandria, Va., as well as near the White House.
This deeply troubling and unresolved mystery, with both human and national-security implications, spans more than four years. The first attacks occurred in November 2016 in Cuba. American diplomats and CIA officers there started suffering what was dubbed “Havana syndrome.” The debilitating symptoms — severe vertigo, fatigue, headaches, and loss of hearing, memory, and balance — led Washington to evacuate the victims for extended treatment and, in some cases, early retirement.
By the end of 2017, more than two dozen American-embassy personnel in Cuba had shown symptoms. The Trump administration recalled more than half of the embassy staff and their family members and issued a travel warning. In response to Cuba’s failure to protect American officials in accordance with the Vienna Convention, the State Department expelled 15 Cuban diplomats from the U.S.
~Snip~
A December 2020 report commissioned by the State Department and compiled by 19 experts in medicine and other fields added weight and clarity to the earlier findings. They found strong evidence that the mysterious ailment was caused by radiofrequency energy, a type of microwave radiation. They added that the attacks were the result of “directed” and “pulsed” energy, implying that the victims had been targeted.
The experts were not privy to classified intelligence, so they did not point to a possible perpetrator. However, they mentioned “significant research in Russia/U.S.S.R.” on pulsed radiofrequency technology, as well as the exposure to microwave radiation of U.S. intelligence and military personnel in Eurasian countries.
After more than four years of vile attacks against dozens of American officials, it behooves the Biden administration to conclude the investigations as soon as possible and hold the perpetrators accountable. If it’s not Russia, as the evidence seems to indicate, then who?


Comment:
Clearly the weapon has proved effective and the desired outcome was achieved. Now the Russians are using it in situations they deem appropriate.
As the author Nestor Carbonell has pointed out, this is in keeping with the Russian way of doing business.
However, minutes ago I read that Trump supporters killed Brian Sicknick during an attempted insurrection. Next we were told that the entire nation was full of systemic racists. We're also told that the southern border is closed, as thousands of migrants cross it every day.
Knowing that my government hates me and lies to me about almost everything, why would I believe that these mythical "directed energy" attacks happened at all?
Indeed,Russian agents now are wandering around near the White House carrying directed energy weapons, but we just can't catch them.
We search them here, we search them there. Where oh where are they?
Where is, repeat, where is Joey Xi Bai Dung? "The World Wonders".​
OP

The incidents first took place among diplomats and CIA officers working in Havana in 2016.

thehill.com
Where is, repeat, where is Joey Xi Bai Dung? "The World Wonders".​

Thanks (except for your BS political commentary).
Another disturbing report on this probable Russian BS from The New Yorker.

Are U.S. Officials Under Silent Attack?

The Havana Syndrome first affected spies and diplomats in Cuba. Now it has spread to the White House.

www.google.com
"About 50% of the country is now vaccinated. Is it just me, or does this remind you of a team project where half the team does all the work?" -Jimmy Fallon
OP

DrLove said:
Thanks (except for your BS political commentary).
Another disturbing report on this probable Russian BS from The New Yorker.

Are U.S. Officials Under Silent Attack?

The Havana Syndrome first affected spies and diplomats in Cuba. Now it has spread to the White House.

Biden won't do anything. He'll apologize for being American and probably send another pallet-loads of cash to Cuba and Russia to suck up to them. He's already capitulated to Putin over the Nord pipeline while cutting off ours.
Where is, repeat, where is Joey Xi Bai Dung? "The World Wonders".​
You must log in or register to reply here.

House Republicans plan rebellion over mask rules...they would rather pay 2,500$ fine that wear a...

After 4 Years Of Trashing The White House Christmas Decorations...The Media Gushes Over The Biden WH Christmas
2

Does Anybody Believe Him?
2

A moment ago
ConserveGuy
C