Lesh said:
Carter was a "serial misinformer"
Click to expand...

That's another lie from you. You're an idiot and compulsive liar.
Last edited: Sep 6, 2021
When researching any subject via the internet that is even tangentially related to politics, in order to eliminate 90% of the fake news, always copy and paste the following into the Google search box after your search terms. It works like a charm.

Quasar44 said:
Muhammed
The temperatures have been spiking in an upward trend the last few decades
Click to expand...

How did you come to that conclusion?

And do you have any proof that that's a bad thing rather than a good thing?

Would you rather have it colder and have the world's largest granary crops wiped out and mass starvation?
When researching any subject via the internet that is even tangentially related to politics, in order to eliminate 90% of the fake news, always copy and paste the following into the Google search box after your search terms. It works like a charm.

Davey T said:
CO2 is a greenhouse gas. So is water vapor. the concentration of CO2 is only 410 ppm. Water is around 20,000 to 30,000 ppm on the average. Or, around 10,000 times the concentration. What do scientists say about water vapor and cloud cover with regard to Climate Change? They tend to ignore it.​
Click to expand...

Other than the fact that, assuming your figures are correct, the numbers above makes water vapor about 60-70X more ppm than CO2, not 10,000, you otherwise actually kinda make a pretty good point.

That too is also a pretty good point. Funny that the party of science always seems offended by anyone asking them any questions. But one should also realize that when CO2 was as high as you say it was long, long ago, it was not a climate very hospitable towards people nor would it be good for growing our food crops.

Muhammed
It’s not bad ; however, if this trend continues- you will have dire consequences

CO2 is plant food. It turns CO2 into O2. And that is why people hangs plants inside of their homes. To help clean the air they breathe indoors.

But they are trying to twist everything around. By saying they produces harmful gases, but their patented GMO craps do the opposite.
But actually their GMO crap create harmful gases.

And remember, plants absorbs the pesticides that are sprayed on it. And we eat these plants.

They are trying to convince that CO carbon monoxide is the same as CO2 carbon dioxide. And CO is produce when any chemical is being burnt. That there is a lack of O2 oxygen, causing a incomplete burn. That is why they have put smog pumps on some cars to cram more air into the exhaust to complete the burn. But NOX can be created, and that is why catalytic converter are for. To help burn up these poisonous NOX.

But try putting these on these manufacturing places that have smoke stacks, that make these climate friendly products.

You shall know the truth and it will free you from their clutches..

CO2 kills bacteria and or viruses. Like they have CO2 cleaner for fish tank. And asthma attack is caused by inflammation in the tubes. And if inflammation is building up means the lungs are very sensitive to the toxins in the air.. And CO2 helps clear the inflammation. But breathing too much of CO2 and less O2 for a long period isn't good.

But I think that they are trying to lower CO2 so that their bioweapon can work on the people.

They had a hard time trying to kill Fidel Castro with a cancer virus because he had a strong immune system. But a scientist suggested to them that they will have to lower his immune system in order for it to work.


What is the Paper Bag Technique?

The paper bag technique is a method recommended by health professionals in order to assuage hyperventilation. When someone suffers from a panic attack due to excessive stress or overwork, their brain reacts by decreasing their supply of carbon dioxide. This causes symptoms like tightness in the chest and difficulty breathing—symptoms also attributed to asthma.

In the case of a panic attack, breathing into a paper bag proves effective because it increases the levels of carbon dioxide in the blood. But for reasons outlined below, the paper bag technique does not have the same efficacy for asthmatics as their trusty inhalers and prescribed medications. 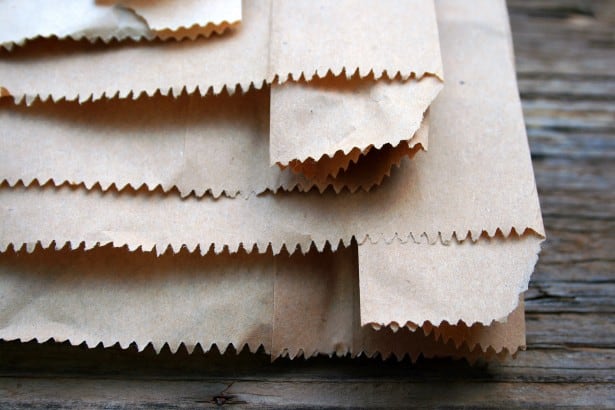 First Aid for Asthma Attacks is not the ‘Paper Bag’ Technique

Breathing deeply into a paper bag is said to help in a panic attack. Can it help in an asthma attack in the absence of an inhaler?

You shall know the truth and it will free you from their clutches..

Why does my thread not transfer to active topics?

Biden scrambles to limit damage to credibility from Afghanistan

Climate Czar John Kerry wants to remove all CO2 from the atmosphere.
4 5 6

NOAA predicts warmer winter for US...
2

Did you watched the latest Rambo?

CDZ As a libertarian/Conservative, i just cant feel sorry for people who do stupid things, as actions have consequences.
2 3

Joe Biden is never in the White House

Canada: Best Healthcare in the World!
2 3