PoliticalChic said:
There was no insurrection at the Capitol, dunce.

The story is an attempt to hide the real riots and insurrections.

Everyone here is a Biden voter.

1.It is of the utmost necessity for the Left to mitigate, disguise, the year-long series of riots, arsons, assaults, mayhem that they released on America in preparation for stealing the election. Toward that end, they designed a Biden-voter riot a the Capitol, had their media allies pretend the damage was done by Trump supporters, the effort to shield the fact that their BLM, ANTIFA, and assorted other anarko-communist thugs were actually behind it. They learned that from earlier Nazis, as in the Reichstag Fire, a model for false-flag propaganda.

2. Completely ignored behind the pretense that this was an insurrection, a rebellion, an attack on democracy itself, was the real such attack on America: The three day siege of the White House in May of 2020, occupation of Lafayette Park, and the burning of the historic St. John's Church.

For over a year, there has been one fact that has been repeated in literally thousands of news stories: former Attorney General Bill Barr ordered the clearing of Lafayette Park on June 1, 2020 to allow former President Donald Trump to hold his controversial photo op in front of St. John’s Church. From the outset, there was ample reason to question the claim echoed across media outlets. As I noted in my testimony to Congress on the protest that month, the operation was clearly a response to days of violent and destructive protests. Now the Inspector General has completed its investigation and the report debunks the conspiracy theory that the Lafayette Square area was cleared to make way for the Trump photo op.

While many today still claim that the protests were “entirely peaceful” and there was no “attack on the White House,” that claim is demonstrably false. It is only plausible if one looks at the level of violence at the start of the clearing operation as opposed to the prior 48 hours. There was in fact an exceptionally high number of officers were injured during the protests. In addition to a reported 150 officers were injured (including at least 49 Park Police officers around the White House), protesters caused extensive property damage including the torching of a historic structure and the attempted arson of St. John’s. The threat was so great that Trump had to be moved into the bunker because the Secret Service feared a breach of security around the White House." 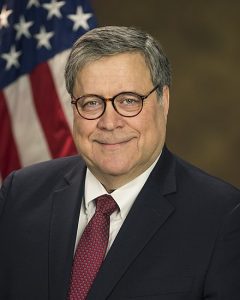 For over a year, there has been one fact that has been repeated in literally thousands of news stories: former Attorney General Bill Barr ordered the clearing of Lafayette Park on June 1, 2020 to a…

The uprisings overflowed from Lafayette Park and continued near the White House on Saturday night and early into Sunday morning. Protesters in the area had taken to the streets since Friday to condemn police brutality.”


First time a President had to be evacuated from the White House since the War of 1812.


“….folks trying to make a point of being peaceful….”

Peaceful protesters jumping the barriers at the White House.


The Democrat party would love to have an excuse to cover, to mitigate, what they have done for a full year of riots....and that is the reason for amplifying the farrago at the Capitol.
Click to expand...

Yes there was a insurrection dunce. Do you ever take your dunce cap off? The goal was to stop a legal certification of a legal vote. Trumpies wanted Pence to overturn the election as well. There were no Biden supporters.

1. Looney Tune Alert! More craziness. You should be in a looney bin somewhere.

2. The White House was never under siege. Trump was in the bunker for less than a hour. Clearly that was unnecessary.

The photo-op is not a myth. It is a fact. The IG talked only to the Park Police. General Milley and Defense Secretary Esper admitted they should not have done it. Other jurisdictions recalled their officers after this happened. Videos of the night in question show there were peaceful protestors.

The only one that claimed that were unnamed Trump officials. 140 officers were wounded and 1 died as a result of the Trump inspired attack on the capitol by Trump supporters.

The capitol was breached for the first time since British soldiers did it in the war of 1812. Trump was prematurely moved to the bunker for less than a hour.

The fact is that most of the protests were peaceful. You take agitators over a 2 hour period and claim that is a snapshot of everything that happened.
B

jc456 said:
He sees everything from demofk goggles. I'm sure he believes AOC and her men menstruate comment. That's how fking sad these fks really are. Can't be the least unfaithful.
Click to expand...

Republicans want to take away the right to vote or render it meaningless.
Republicans are censoring history. In Texas, they excised minorities and women from the history curriculum. They have banned the teaching of US slavery and that the KKK was bad.
B

You are so stupid. I could care less and I don't have a opinion. I do agree with her on these big giveaways that governments give to businesses.

busybee01 said:
You are describing Trump supporters. You van be a Trump supporter and agree with him on everything but admit Biden won and you are a traitor.
Click to expand...

Biden didn't win. Extension of the ballot counting on ballots that were received after Nov 3, nope, the stamp on that was fraud. FRAUD, I'll say it until hell freezes over. so, you can save yourself until that happens. I see you didn't answer if you agreed with AOC that men menstruate? You said you don't disagree with demofks, so you must agree right?
The morality of the left is in decline, no more forcing bad behavior as normal is allowed.

eddiew37 said:
LOL yeah Trump is your president Live with that BS

This is what I'm talking about, What did Trump do to make this idiot hate him? Gave him a tax cut? Gave oil independence to the nation? Got us out of the Iran deal and the Global Warming fraud? Maybe he also cuts himself when not hitting him self in the head with a hammer. Maybe it was Joe's brilliant surrender in Afghanistan, after all it really slowed down those Taliban giving them list of the ones helping America and US Citizens. While they were hunted down Al Qaeda was able to escape by way of American C-130s. I bet it's the way he is bent over at the gas pumps. It's a real pain hitting yourself in the butt with a hammer. No logic, no reason. Just good old stupidity that has brought us to where we are at.
Click to expand...

Democrats privately wonder if Pelosi had over-promised and might under-deliver next week...

Biden's [False] Claim About the Vaccinated Not Spreading COVID
2

Covid19 Tyranny Continues - IT'S NOT NEARLY AS BAD AS POLITICIANS SAY

Combating the pandemic should never have been a divisive, partisan matter.
13 14 15

Pseudoscience: The weapon of mass destruction by Progressives
2 3

Americans are beginning to realize the cost of the 'War On Terror'.
2

Do you think Russia attacked our democracy to steal the 2016 election in favor of Trump?
2

S
What do you think of this?