Unkotare said:
"We"? What have YOU ever done for anyone?
Click to expand...

You would be surprised pencil dick.

That's all you know how to do because you are a ghetto public school gym teacher. 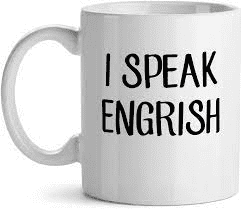 sealybobo said:
You would be surprised.
Click to expand...

I'd be shocked. Go ahead and let it out. Everyone knows you love to talk about yourself.

Unkotare said:
I'd be shocked. Go ahead and let it out. Everyone knows you love to talk about yourself.
Click to expand...

No, I like talking about my brother. He walks up to bums and gives them money. Me? No fucking way.

It's not my fault that you can't use proper English.

sealybobo said:
No, I like talking about my brother. He walks up to bums and gives them money. Me? No fucking way.
Click to expand...

You already declared several times that you never do anything for anyone other than yourself. Also not my fault that you are a racist hypocrite.

AZrailwhale said:
I agree, that’s why I put good and bad in quotes. In the thousands of years slavery existed its always been evil and only benefitted the slavemasters. But there are things worse than slavery and always have been.
Click to expand...

Here is the only kind of white he likes 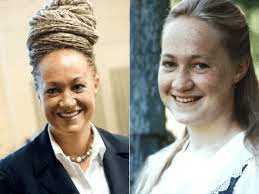 Paul Essien said:
sealybobo
There is a soul food place that I order from. I'll call it in and try to sound black and I don't walk in the door until I know the food is ready. I don't want them to see me and then go back and add the secret sauce. By the time I get there it's already bagged up. Or when I go to Churches Chicken I try to sound black when I'm ordering. I talk Eubonics into the speaker. Can you imagine?

OK. Go on how do you try to sound black ?

sealybobo
Speaking of saying something to make the blacks went to beat me up, I never did. Funny story though. We would go back every week to the hood because my grandmother still lived there. After a year we were playing and we all piled up on each other. Next thing you know I yell "N&#r pile!" OOPS. In the hood we call it dog pile. In the white suburbs it's called a n*$r pile.

Do you think I care ?

sealybobo
Another similarity to me and my family and the Howard Stern family. He was saying how when they were the last whites to leave the black neighbors came out crying and begged them not to leave. So clearly the Sterns were good people to their black neighbors. They were liked. Maybe even loved.

Well that's what Stern said. But I don't believe him when he says this.

sealybobo
Well Howard was telling a story how behind closed doors his parents used to refer to blacks as Shvartsas. Does that make them racists?

All white people are racist.

sealybobo
Well don't forget you call us honkey's so cut them and us some slack.

What black man uses the world honky ? You're showing your age.

sealybobo
And by the way, they are jewish, so they can't be racist towards you. They don't have the power.

Really ? so explain to me why some of the leaders of the American Nazi Party like Dan Burros and Frank Collin were Jewish ?

A whole community of white Jewish people in Brooklyn had a meeting to share their fears about a new charter school in their area that will have mainly Black students.

Tall people are not the ones shooting up schools. It's THEIR children.

But I'm not surprised. Midwood, Kensington, Mapleton and Bensonhurst are huge tight knit jewish neighborhoods They got a lot of push in those neighborhoods with having there own businesses. They are very Codified 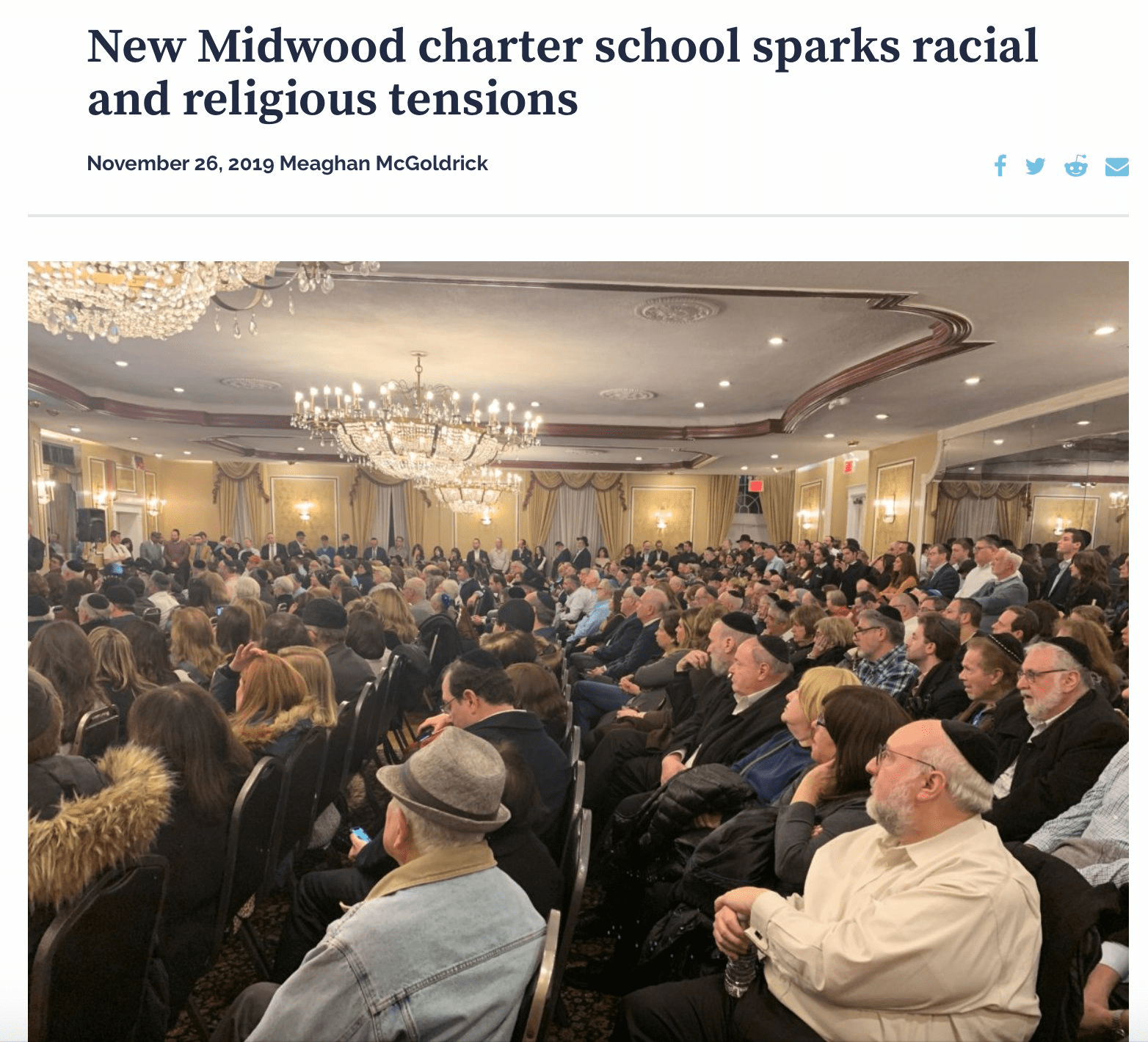 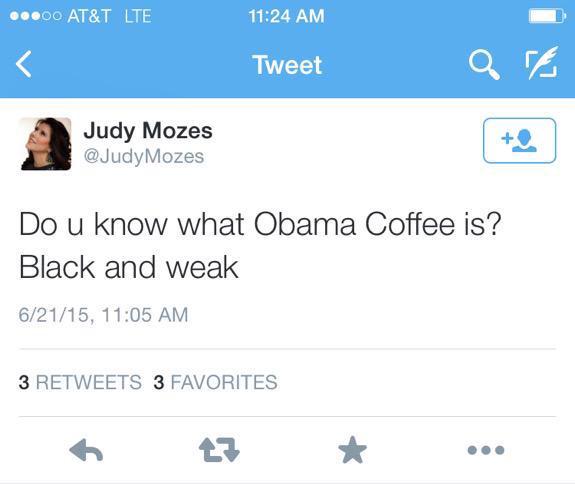 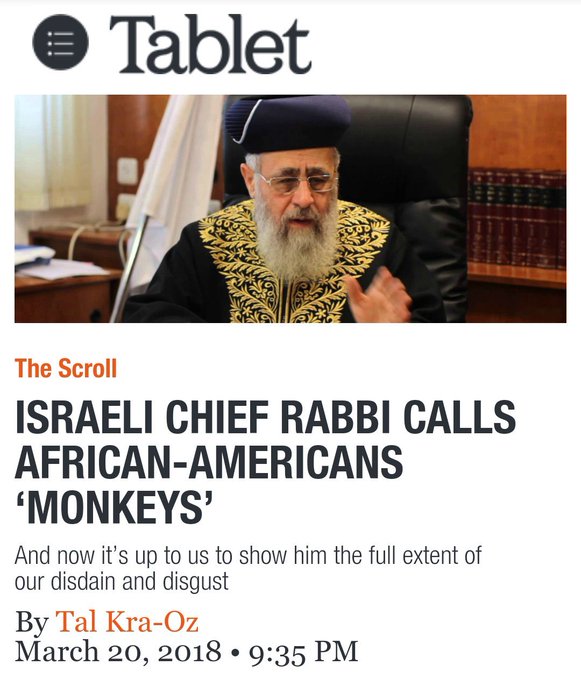 And the irony is 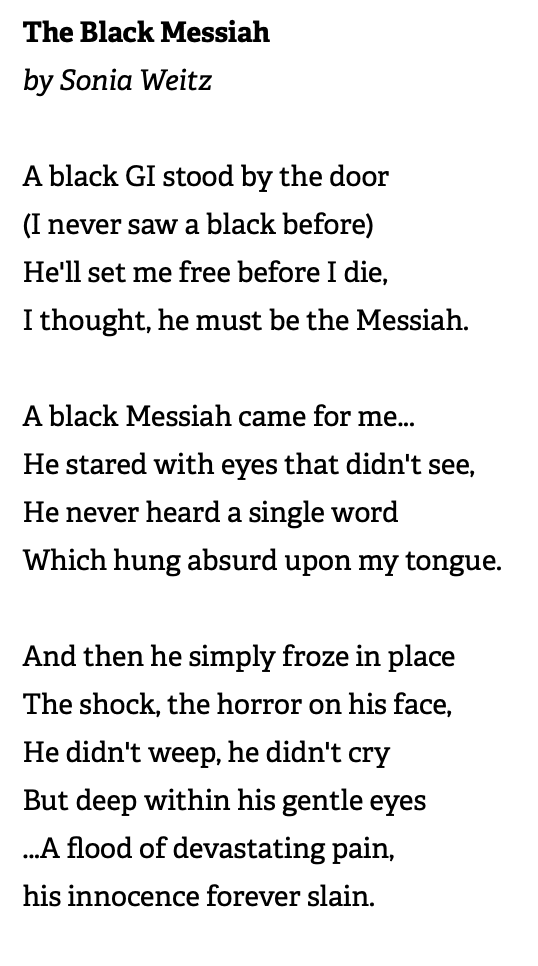 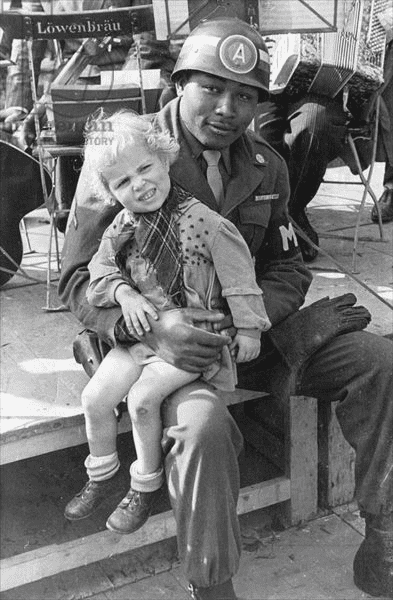 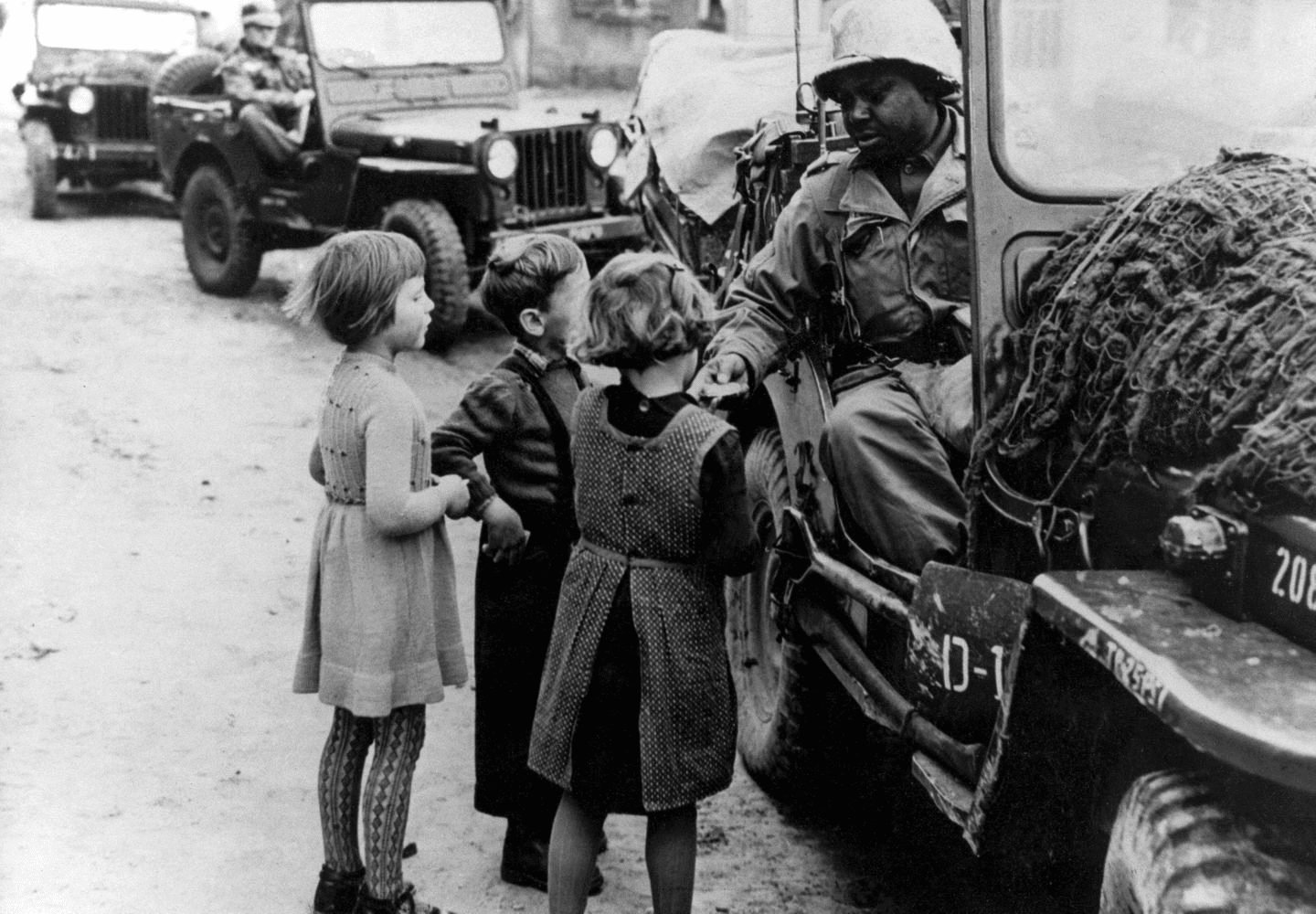 When people discuss WW2 and the holocaust in Europe. They leave out that Black American soldiers in the front lines in WW2 defeating the Nazis and liberating people from concentration cam[s 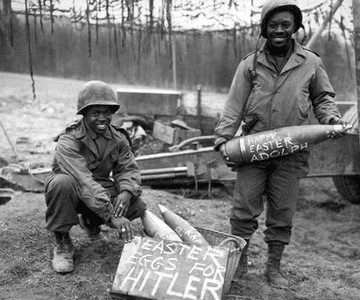 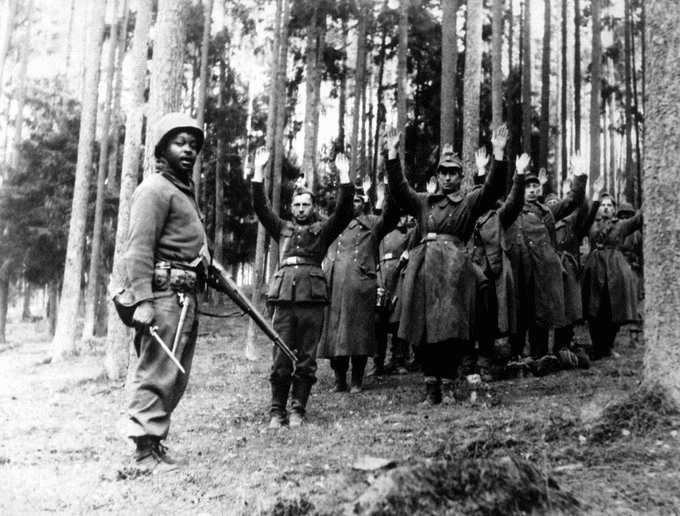 
Israel is supposed to be the mecca for Jewish people and any Jewish person can and is welcomed there well as long as your not blk.

And at the end of the day, Im2 STILL scored lower than if you gave the average 4 year old Asian kid a crayon and had them mark SAT answers randomly.

sealybobo
Do you notice we are never right with Paul. He always has a comeback.

That because I know what you will say.

sealybobo
Which makes me feel like he's not listening.

I am listening. I'm just disagreeing with you.

You make the mistake into thinking that I'm trying to persuade you.

To persuade people you need 3 things
Hitler said you just need the last. In any case, my style of writing in regard to whites lacks the first and the last.

Persuading whites to give up the benefits of racism, to give up a false pride in their race, to become outcasts from white society, to face their shame and guilt at benefiting from a racist society – all that is way, way, way beyond my powers.

But for some reason you expect me (A black man) to write to white supremacist point of view with concern for their tender feelings.

As if there are not enough people doing that already. See I'm just sick and tired of this

sealybobo said:
No, I like talking about my brother. He walks up to bums and gives them money. Me? No fucking way.
Click to expand...

I used to do that until I worked on and around L.A.'s skid row. Then I learned about "bums" aka "the homeless" and how the sane ones thought I was a sucker for holding down a job and paying taxes. Now I'll donate money to programs to help the ones who want back into society and don't care about the others. You can't help someone who doesn't want help. Giving them money just enables them.

AZrailwhale said:
I used to do that until I worked on and around L.A.'s skid row. Then I learned about "bums" aka "the homeless" and how the sane ones thought I was a sucker for holding down a job and paying taxes. Now I'll donate money to programs to help the ones who want back into society and don't care about the others. You can't help someone who doesn't want help. Giving them money just enables them.
Click to expand...

I don't want to shoot the bum at the corner with his sign. I want to shoot anyone who gives him money. The story on that guy is he holds down a job. This is what he does when he's not working.

Too many help wanted signs out to give anyone money.

I've been to LA's skid row. Yea, I'd give them nothing. They are hustlers and scum.

Correll said:
The crux of the issue I suspect is, that they assume the reason we mention anything about the black community, it is to justify some wacist view of blacks, like, "look at how stupid or barbaric they are",


when generally it is because we want to properly identify the problem so it can be addressed, if not solved.
Click to expand...

Paul actually doesn't believe the violent crime rate numbers because it's whitey who figures out those numbers.

Is there a black group that publicly challenges those numbers? Most cities have around 333 violent crimes per 100,000 people and Detroit is over 2000.
C

sealybobo said:
Paul actually doesn't believe the violent crime rate numbers because it's whitey who figures out those numbers.

Is there a black group that publicly challenges those numbers? Most cities have around 333 violent crimes per 100,000 people and Detroit is over 2000.
Click to expand...

I think he does believe them. I think he is just lying. I think that he says the shit he does, so that he has a pretend justification for refusing to admit anything that he doesn't want to admit and can keep blaming whitey,


so that he can keep spreading hate and division and racism.
Here is a plausible reason that they become Republicans, they have a choice and their ideal align more closely to the Republican party than to the Democratic party. Your intolerance of others opinions is more regressive than progressive.
You must log in or register to reply here.

A Baby is a Baby

Whites Don't Speak for Asians, and Asians Who Pretend to Be White...
3 4 5

Liberals: Stop Ruining It For Minorities!

The SAT is slowly being eliminated
2

B
Why does the ghetto exist?
2

Breaking News Russell Brand Discovers That Trump Was Right...Russian Collusion Was A Democrat Hoax....Hatched By Hillary
2