Zone1 Samuel Jackson opens his mouth and inserts foot. These Hollyweird Stars need to just stick to the script and stay out of politics.

The Academy Award honoree, 73, called out Justice Clarence Thomas' after Thomas suggested the court should reconsider other key decisions, including the 2015 case establishing the right to same-sex marriage, following the SCOTUS decision to overturn 1973's Roe v. Wade and the constitutional right to abortion.
"How's Uncle Clarence feeling about Overturning Loving v Virginia??!!" Jackson wrote Friday on Twitter, referring to the landmark 1967 ruling that found interracial marriage bans unconstitutional. Justice Thomas, 74, a Black man, has been married to wife Virginia Thomas, a white woman, since 1987.
Click to expand...

There is nothing wrong in a marriage between a man and a woman, because with the couple, comes babies. Two men can poke each other all day long in their Anus, and never come up with a baby, but surely hemorrhoids or some other type disease, while two women can rub and rub all day, and no Genie will bring them naturally a baby, so i refer back to William Jefferson Clinton and the "Civil Unions" because Billy boy said.

Jackson is right. And he is an American citizen with first amendment rights.
“Times have changed and the worst enemy that the Negro has today is this white man that runs around here drooling at the mouth professing to love Negros and claims to be calling out liberals. Following these white conservatives will continue perpetuating problems that Negros have. The Negro cannot be taken, tricked or deceived by the white conservatives, and must continue to get together and solve our own problems. I only cite these things to show you that in 21st Century America, the history of the white conservative has been nothing but a series of trickery designed to make Negros think that the white liberal is the one with the problem. Our problems will never be solved by the white man, liberal or conservative.” -- Malcolm X, 2021

IM2 said:
Jackson is right. And he is an American citizen with first amendment rights.
Click to expand...

He does. So does this piece of work on Twitter: 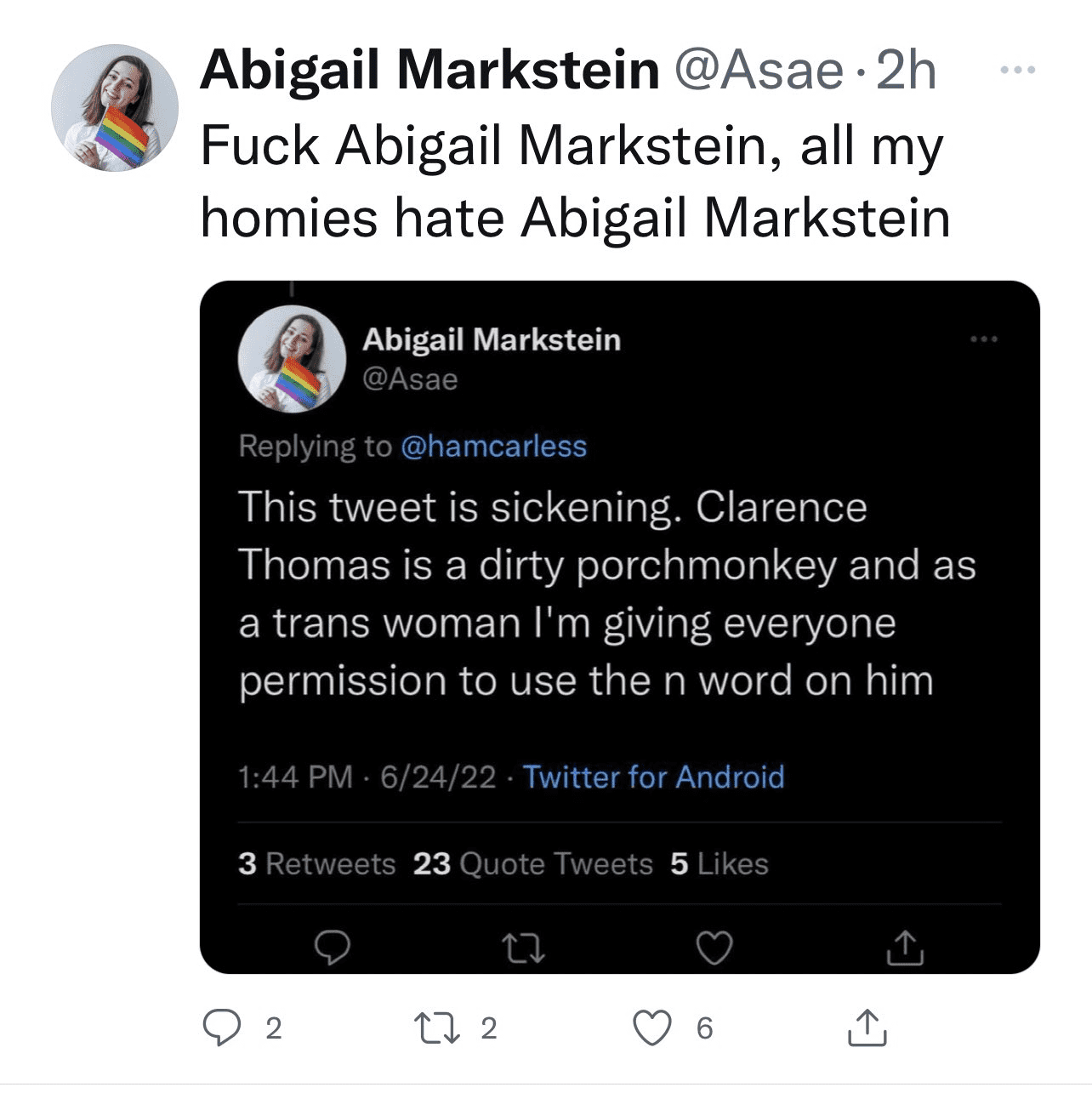 Judge Thomas is one of my heros, he is still the best

IM2 said:
Jackson is right. And he is an American citizen with first amendment rights.
Click to expand...

Every woman is some fat ugly hillbilly that no white man would touch without consuming a half 5th of Vodka. Why is that?
Poster Emeritus
You must log in or register to reply here.

J
Supreme Court The Way For The Abortion Case; No On Alito Opinion, Yes On Casey Opinion!

1st Capitol rioter to stand trial gets 7 years, the longest sentence for a Jan. 6 defendant so far
23 24 25

A moment ago
POM