Organizer of the ‘People’s Convoy,’says their leaders have a meeting today (March 9) with Ted Cruz and Ron Johnson, who are “working together,” at an undisclosed location. 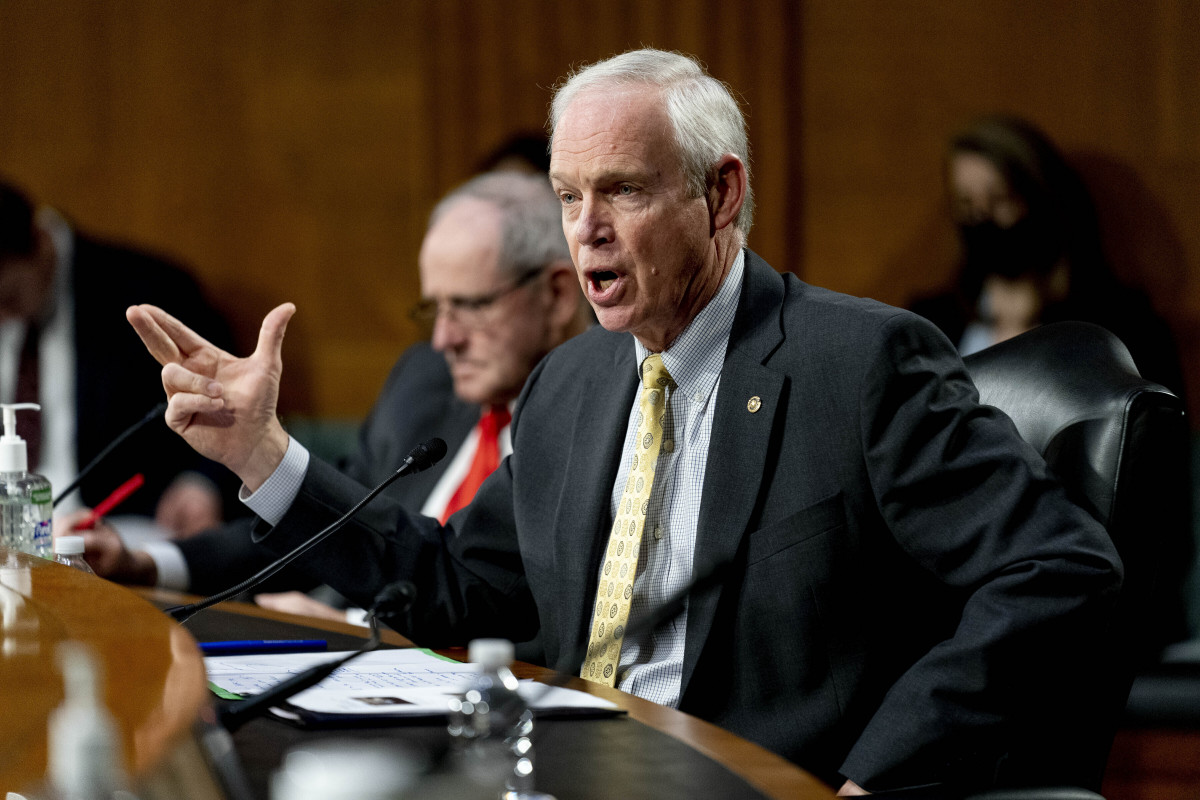 RonJohn, the GOP thorn who might grow McConnell a majority

The Wisconsin conservative is "frustrated about everything" in the Senate. He's Team Rick Scott, craving a GOP agenda. But his party needs him around.

Ron Johnson could give Republicans the Senate majority this fall — though not without some headaches along the way.

The Wisconsin conservative is already a favorite foe for Democrats, thanks to his investigations into Hunter Biden and vehement distaste for Covid restrictions and vaccine mandates. And now he’s aligning himself with National Republican Senatorial Committee Chair Rick Scott (R-Fla.), arguing their party needs to put up an affirmative agenda so it doesn’t fall on its face when it gets power.

“I’m frustrated about everything about this place,” Johnson said of McConnell’s reluctance to thus far put forward an agenda. “Do I agree with everything in the Rick Scott plan? No. I don’t agree with anybody 100 percent of the time. I support him telling people what he’s for. I don’t see anything wrong with that.”

“He’s going to do it his way, but that way has worked. And so, in the end, we need him to win and we need him to hold that seat,” said Senate Minority Whip John Thune (R-S.D.). “If it requires him to chart sort of an independent path relative to what other candidates may be doing, so be it.”

Johnson’s political signature is shooting from the hip on whatever topic he is asked about. When asked about Scott’s proposed agenda, Johnson reaped a whirlwind of criticism for even broaching the subject of Obamacare repeal on Monday during an interview with Breitbart.

He said Tuesday he was merely using it as an example of how ill-prepared the GOP was to actually control the government in 2017.

“Repeal and replace, we weren’t ready for it, and we failed. And I was just using it as an example of how not to do it. I certainly wasn’t saying that should be one of our priorities,” Johnson said.

Nonetheless, he still fumes about the repeal debacle — which included him threatening to tank the entire thing on the Senate floor in 2017. And it’s no mystery who he still blames or why: “All leadership. They didn’t have a plan.”

Simply talking about repealing Obamacare is enough to provoke a cavalcade of criticism from Democrats, adding fuel to a fire Scott started by proposing all Americans pay income taxes. On the Senate floor on Tuesday, Senate Majority Leader Chuck Schumer said Scott and Johnson should create “a new ‘hurting working families caucus.’”

Nonetheless, Johnson’s approach is a little more accommodating behind the scenes. Sen. Chris Murphy (D-Conn.) has traveled extensively with the Republican to places like Ukraine and said “privately I’ve always been able to get into much more interesting, nuanced conversations than people might think are available with him.” Murphy added that the conservative is not to be counted out in November.

“One thing I know about Ron is you underestimate him at your peril. I think he’s likely been constantly underestimated and bucked the political odds multiple times,” Murphy said.

“I try and get along with everybody. But I’m not afraid to say what I believe,” Johnson said.

And he and Scott aren’t the only ones calling for the GOP to run on its own policy blueprint. In interviews this week, a couple more Republicans said that they wanted Senate Republicans to do more than just run as a foil to Senate Democrats. Sen. Kevin Cramer (R-N.D.) said “when it comes to politics it’s hard to beat Mitch and his success rate,” but he’d like to see a more affirmative agenda.

“Between the two approaches, I lean more towards the Rick Scott approach to life,” said Sen. Cynthia Lummis (R-Wyo.).

“I’m not afraid of a process to hone into what our top priorities ought to be and then be ready for them. You know, Democrats are always ready for this stuff,” Johnson said. “They plot for decades about how they are going to put us further down the road to socialism.” 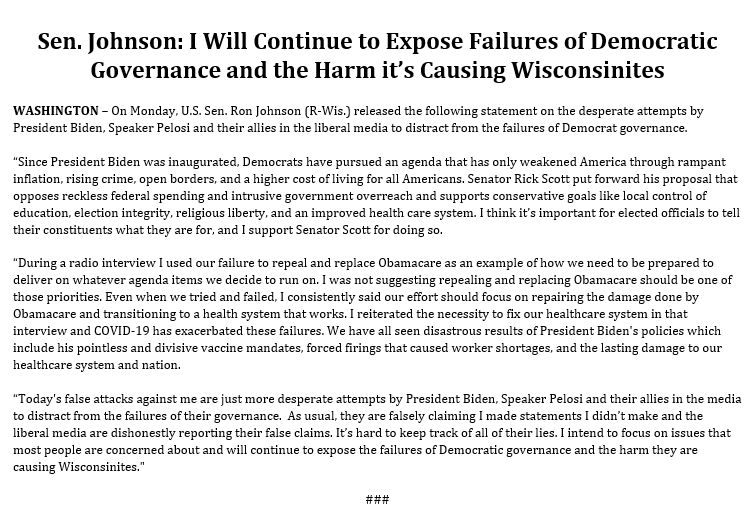 Not clear what this thread is about? Is it against Republicans or against Democrats?

Has to be one or the other, I guess.
Homo homini lupus est
OP

Circe said:
Not clear what this thread is about? Is it against Republicans or against Democrats?

Has to be one or the other, I guess.
Click to expand...

Circe said:
Not clear what this thread is about? Is it against Republicans or against Democrats?

Has to be one or the other, I guess.
Click to expand...

it's about Johnson's re-election chances, and how important it is that he wins for the GOP

basquebromance said:
it's about Johnson's re-election chances, and how important it is that he wins for the GOP
Click to expand...

Good, I hope he wins, then.

I see he's a senator, and from Wisconsin, where they have so much Dem ballot harvesting from senile people in old-folks homes, so it is very important that he keep his seat.
Homo homini lupus est
OP

Circe said:
Good, I hope he wins, then.
Click to expand...

same. he's the most entertaining senator

I like the entertaining pols --- that's one thing Trump brought us: a lot more fun in Congress. Some of the Trump-lookalikes are firecrackers. I'm okay with that. I like people to say what they think in vivid terms.
Homo homini lupus est
You must log in or register to reply here.

Cotton's rigid Conservatism: He doesn't say no when asked about 2024. he does rule out giving ground on immigration, criminal justice, foreign policy