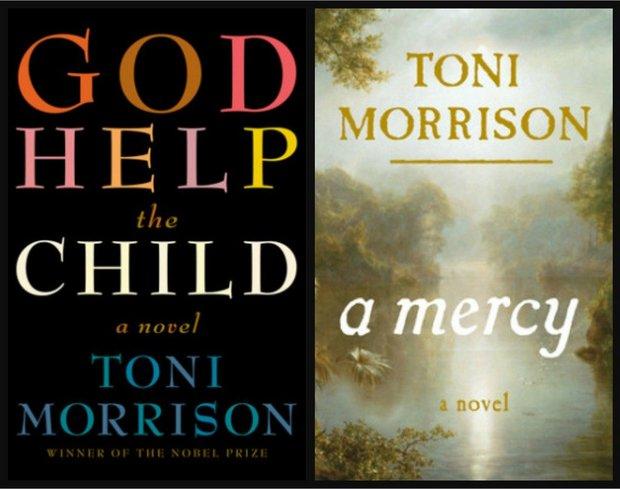 Toni Morrison: ‘I’m writing for black people … I don’t have to apologise’

Ms. Toni Morrison informed the people of our world, "I'm writing for black people … I don’t have to apologise"

Dear Ms. Morrison, with all due respect I, Avery Jarhman, an American citizen who spent twelve years of my life providing police services to the Brooklyn community Shawn Jay Z Carter raps about attempting to destroy by selling dangerous community and people harming drugs to his depressed neighbor while using his semi-automatic Mack Milli to protect and defend his 24/7 drug operation....I Avery am writing for the child victims of abuse who on a daily basis I observed being neglected, unsupervised, maltreated and emotionally scarred for life by a population of immature moms, as well as many of their depressed neighbors raised to embrace the Street Culture Baltimore mom Toya Graham failed to protect her teen son from embracing.

Here is a short list of children who were victims of child abuse and subsequently developed into teens/men writing about their anger and frustrations with their moms/parents who failed them.

Has Ms. Morrison read the lyrics these depressed people write, does she realize the anti-social activities these damaged human beings write about has caused peaceful people living in struggling communities to fear for their safety on a 24/7 basis?

Does Ms. Morrison realize that police officers also experiences fear for their safety while trying to protect peaceful people from the anger, frustrations and unpredictability of abused, sometimes suicidal children (NY Times May 18, 2015 - Rise in Suicide by Black Children Surprises Researchers), many like Tupac Shakur, who in his "Dear Mama' rap performance writes about harming his peaceful neighbors and in his "That's The Way It Is" rap performance reveals he wanted to harm himself by committing suicide because of the life his mom introduced him to?

Does Ms. Morrison have any compassion or empathy for the "black" victims of Childhood Abuse and Neglect born to immature teen and adult mothers who willfully choose not to acquire the skills, PATIENCE and means required to raise and nurture a well adjusted human being for the first nearly two decades of its life?

In the early 1990s Tupac wrote about his severe depression and suicidal thoughts.

Ms. Morrison, who is responsible for these children/teens/men writing about the depression they experience.

Do you have a theory for why many of today's African American music performers characterize females as less than human ^itches and ^hores unworthy of respect?

Ms. Morrison, there is a reason Kendrick and Tupac rap or speak about depression and suicidal thoughts.

That reason has everything to do with both of them being emotionally abused and maltreated by their PRIMARY maternal caretaker during a critical period of their human development.


In paragraph eight (8) of this 2011 LAWeekly interview Kendrick describes his abusive early childhood as well as the roots for much of Poverty and Child Abuse that caused his near-lifelong depression.

With all due respect to Ms. Morrison and my American neighbors of African descent, I believe the oppression of humans that led to racism and slavery has largely been replaced with a new form of human oppression that impedes and deprives many American children from experiencing a safe, fairly happy American kid childhood.

This current form of human oppression is America's expanding and shameful *National Epidemic of Childhood Abuse and Neglect, Poverty*, that for more than two generations has deprived untold numbers of American kids from experiencing and enjoying a fairly happy American kid childhood with *Safe Streets* to travel and play on.

*Child Abuse and Neglect* that is primarily responsible for our prisons and far too many American communities being populated by depressed, angry, frustrated, undisciplined, unpredictable, sometimes suicidal teens and adults *(NY Times May 18, 2015 - Rise in Suicide by Black Children Surprises Researchers)* full of resentment for irresponsibly being introduced to a life of hardships and struggles.

*Early Childhood Abuse and Neglect* that often leads depressed, sometimes suicidal children to develop into depressed, angry, frustrated, unpredictable, sometimes suicidal teens and adults lacking empathy and compassion for others, though needing to vent their pent up negative emotions, often causing emotional and physical harm to peaceful people...instead of venting their anger, resentment and pain on the immature single moms and/or dads who introduced them to a life of pain and struggle by irresponsibly building a family before acquiring the practical skills, *PATIENCE* and means to successfully raise and nurture a developing young child who matures into a fairly happy responsible teen and adult with mostly fond memories of their childhood.

The question all concerned, compassionate Americans should seriously be asking ourselves, our elected, civil, social, community and religious leaders is, *"What real substantial changes in our society's attitude and laws need to occur to prevent abuse that often causes young kids to mature into depressed, frustrated, angry, unpredictable, sometimes suicidal teens and adults as a result of experiencing the emotional and/or physical trauma of an abusive childhood?*

"After all, Clinton displays almost every trope of blackness: single-parent household, born poor, working-class, saxophone-playing, McDonald’s-and-junk-food-loving boy from Arkansas. And when virtually all the African-American Clinton appointees began, one by one, to disappear, when the President’s body, his privacy, his unpoliced sexuality became the focus of the persecution, when he was metaphorically seized and body-searched, who could gainsay these black men who knew whereof they spoke? The message was clear: “No matter how smart you are, how hard you work, how much coin you earn for us, we will put you in your place or put you out of the place you have somehow, albeit with our permission, achieved. You will be fired from your job, sent away in disgrace, and—who knows?—maybe sentenced and jailed to boot. In short, unless you do as we say (i.e., assimilate at once), your expletives belong to us.”
Click to expand...

MadScientist wrote, "I first heard about Toni Morrison from what she said about Bill Clinton being "The First Black President":"

After watching every minute of this presentation about Hillary and Bill Clinton I was miffed at how they survived and prospered, despite the numerous allegations leveled at them.


Then after watching Bill Clinton defend and justify his good friend Robert Byrd's membership in the Klan, I had the gut feeling many of the allegations made against him in the doc were most likely true.

Why my African American neighbors support these two despicable people is beyond me.

How Making and Not Making Drug Arrests Threatened My Police Career

Ok Investment Bros What Does Line 12 on This SEC Form Mean? Did China Just Buy Dominion?

D
Trust in The True Rock of Israel