Rahm did a personality makeover when he got into politics, going from ballerina to badass. The guy who once could spin on a dime and give ya 8 cents in change became somebody who mailed a pollster a dead fish. And freaked out a dinner party by calling certain people "dead" while stabbing the table with a steak knife. Since Barry the Fairy made him mayor of Chicago he's been called a lot of things including "Godfather". 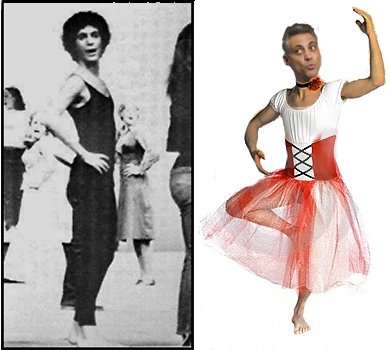 And now, after raising the average Chicago family's taxes by another $1,700 a year (and getting it approved by his gang of goon aldermen, 48-0), banning Chicago law-abiding citizens from carrying a firearm outside their home, and ignoring the thousands of gang shootings, Rahm is telling TRUMP to kiss his skinny little ass on illegals. TRUMP! What's funny is that no city mayor is going to be able to give "sanctuary" to illegals after January. Trump's AG can order FBI gang-sweeps under RICO statutes and if the Ballerina gets in the way, he gets hauled off to jail with the rest of them. A couple nights in a Chicago jailhouse and badass Rahm will become a ballerina again.

I nearly fell over in my chair when he said illegals would be safe in Chicago. He can't even protect his own citizens. Stunning display of the liberal mind at work.
OP

Fang said:
I nearly fell over in my chair when he said illegals would be safe in Chicago. He can't even protect his own citizens. Stunning display of the liberal mind at work.
Click to expand...

Watch what happens when he doesn't get his federal grant money....there won't be any press conferences when he knuckles under and hands over the city police records. Same with deBlasio and the rest of the leftist nitwit mayors.
You must log in or register to reply here.

Isn't it hilarious how pathetic the Pravda left wing media is?

T
Rahm Emanuel on Dems Taking Shots at Obama in Debates: ‘What Are They Doing?’....

A moment ago
Adrenochrome Junkie
A

Rep. Madison Cawthorn tried to board a plane with a gun and loaded magazine in February

A moment ago
ironhorsedriver
I