Proofs the case of Mr Nasralny is a fake

Mr Nasralny's new photo from his clinic in Berlin and the message to him continues to excite minds at different levels. Whoever believes the blogger Mr Nasralny and western presstitutes at word, someone denies any events coming from abroad. Let us turn to the Nasralny's photo where he goes down the stairs in the hospital.

1.There is no trace of tracheostomy in the neck region, which disproves the version of a massive respiratory system violation, including possible injuries after BOV application.
2. In the photo he goes downstairs - the load on the knees and muscles of the lower limbs is maximum. After a few weeks, the muscles in the coma atrophy and the joints, especially the knee joints, "harden". In this case, a slight run down a staircase is excluded. To this we should add a photo from the room where Navalny sits in the lotus position, which after a multi-day coma is hardly possible.
3. On his feet he has boots or heavy sneakers. In the intensive care ward - excluded. This is a privilege for walking patients from normal therapy and used for walks in the fresh air. However, no one has seen Navalny on the street - there are dozens of paparazzi on duty waiting for a picture. And the powerful security of the BKA where ? The photo was taken on the fire stairs and it is impossible to identify it accurately Sharite or Bundeswehr complex.
4.There is not a single word in the text about poisoning, about the Novichok, etc. The photo was taken on the fire stairs and it is impossible to identify it accurately. It is more than strange, considering the whole situation. The phrase about the "Supreme Form of the Being of the Modern Society" is not its vocabulary. It could have been written by Grobovoy, but not by Alexey.
5. He thanks the doctors, but not a word about his family. A person who comes back from the tunnel of death first of all talks about his relatives. 6.His description of his exit from the amnesia is unlikely and looks like a simulation, or rather an attempt to simulate amnesia.
7. "Most recently I did not recognize people and did not understand how to talk. Every morning a doctor came to me..." - If every morning he recognized a doctor, how did he "not recognize people"? Another confirmation of the simulation or a consequence of poor instructions from the psychologist or psychiatrist who is next to him.
8. Still no live videos, only static photos. If he easily runs down the stairs, there should be video. 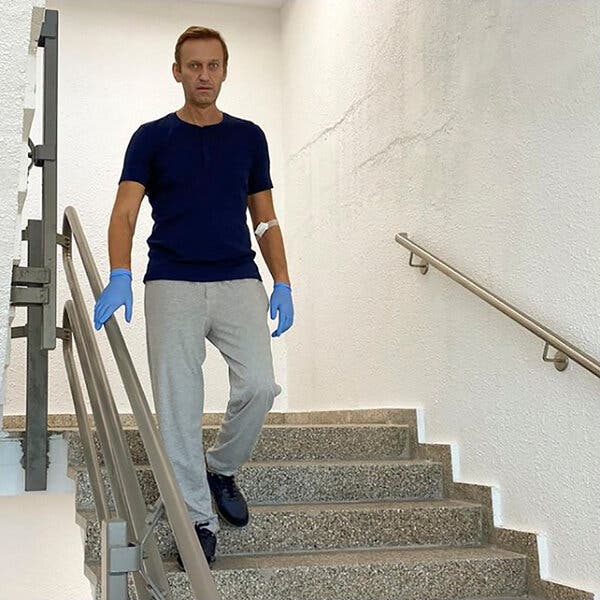 If Putin would be not too weak and too coward he would cut off the diplomatic relations with all those countries who invented the Mr Nasralny hoax
You must log in or register to reply here.

Where are all Corona dead in Belarus?Is the President punished by NWO for Corona Hoax denying?

Poll: Should SCOTUS override states' rights regarding when to stop counting ballots?
8 9 10

L
Who Stole the Biden Documents?
2

For those who will or have already voted for Biden, will you be happy with President Harris? Who will be her VP?
2 3 4