beautress said:
The holy scriptures you quoted from the Good Book gives Christians and los amigos del Christo a reconciliation with those beloved by God and do their best to understand his children from Abraham on, in God's loving choice of those who fear, trust, and obey His word, the Bible and the scriptures he used to help people understand and walk in his footsteps. ♡♡♡♡♡
Click to expand...

We need to fear to harm God's image. That image is nude. Christ would have been a problem to people, had he have a price list.
I

JAG said:
No.
I totally reject Rushdoony's so-called Christian Reconstructionism.
I also totally reject Full Preterism (Hyper Preterism)
I am a traditional orthodox Bible believing Postmillennialist.
That means I believe that the Christian church in the supernatural
power of the Holy Spirit, will successfully carry out her Lord Jesus'
Great commission to go and make disciples of all nations (given
in Matthew 28:16-20). This means that eventually the Christian
Church will Christianize the world.

Of course, I don't know exactly what you mean when you use
the word "Dominionist" ?
If you mean that Jesus will come to have worldwide dominion (as I explained above)
then yes I am a Dominionist.
The Christian Church Christianizes the world through simple Holy Spirit blessed
gospel preaching.
Here is how its done:
John 3:3 you must be born again (regenerated)
John 3:16 you must believe in Jesus as your Savior
Galatians 5:22-23 you must allow the Holy Spirit to produce His fruits
in your life.
That's it.

People who are born again will not give death calling it sweet. That is what people have done to gays, zoosexuals, and people accused of witch craft, having no idea what that was. Witches claim to talk to the dead. That is evil. There will not be a 1000 year period of peace. The saved will be off of the earth in the new Jerusalem for 1000 years. Satan will be alone with that beings fallen angels, for a thousand years.
Last edited: Oct 30, 2021
I

Plow Boy said:
I have put my faith in Jesus myself.
Click to expand...

Hebrews 10:25, KJV: "Not forsaking the assembling of ourselves together, as the manner of some is; but exhorting one another: and so much the more, as ye see the day approaching." The web as have it, is bringing people together.

Isaiah 53:6 KJV: All we like sheep have gone astray; we have turned every one to his own way; and the LORD hath laid on him the iniquity of us all." God's voice is silent, when a person is alone. God talks through his servants.

Likkmee said:
Why did God use a rib and not a thumb ?
Click to expand...

He wanted to give men a good ribbing.
Rittenhouse: the only 17-year-old in history to be identified as a white supremacist for shooting a white pedophile in his thirties who was trying to kill him.

Society cannot exist, unless a controlling power upon will and appetite be placed somewhere; and the less of it there is within, the more there must be without. It is ordained in the eternal constitution of things, that men of intemperate minds cannot be free. Their passions forge their fetters. —Edmond Burke, Letter to a Member of the National Assembly, 1791

"Scientific knowledge is my God," said Professor Bobby Brainy, "I bow down
to Scientific Certitude. I worship Scientific Factuality."

"What about Christianity's Greatest Commandment to love God with all your
heart?", asked John Christian.

"I'm a Secular Humanist", replied Bobby Brainy, and I assert that science collects
secular facts, and therefore can say nothing about God either way, except we don't
need him to solve human problems."

"So Man is his own God?", asked John Christian.

"Mankind is the Supreme Being in the known Universe", replied Professor Bobby Brainy.

"The people bowed and prayed to the neon God they made ♫."

"I was quoting an old Simon and Garfunkel song", replied John Christian. "I don't suppose
you pray to your God Mankind, do you?"

"Yes I do. In a sense I do. I ask Mankind to trust in Themselves to find scientific solutions to
all human problems."

"This is what the Lord says:
Cursed is the one who trusts in man,
who draws strength from mere flesh
and whose heart turns away from the Lord.
That's what God says in the Bible. It's in Jeremiah 17:5"

"We Secular Humanists want your Bible and your God of the Bible, out of the public square, so
that your Christian religious-faith beliefs will never again influence America's political policies,"
snarled Professor Bobby Brainy.

"You want to shut us up? No free speech for we Christians?", asked John Christian.

"We've already been successful in kicking your God and your Bible out of the public schools",
replied Professor Bobby Brainy.

"Humm, one wonders", asked John Christian, "what place is there, for Christians in your
Secular Humanist America?"

"Your place is to get back inside your Christian Church-House Boxes where you belong,
and stay there, and let science save humanity from poverty, disease, and all other human
problems", replied Professor Bobby Brainy.

Good News For The Reader And For The World:

We Christians are NOT going to stay within our Christian Churches, rather we
are going to INCREASE our presence in the public square and proclaim our
message that God loves the world, and sent His Son the Lord Jesus to save
us from our sins, and then to teach us how to live in order to please God ~ and
we will proclaim Faith in God and in His Christ as the only true and permanent
solution to human problems.

The Secular Humanists don't have the power to shut us up and keep us out of the
public square.

Moreover, we listen to the Bible the word of God, and it tells us to ignore science-tyrants
like Professor Bobby Brainy.

Here is what the Bible says about such as the Science-Nazis, those Science-Know-It-All's,
those pseudo-intellectual arrogant academic scientific talking heads ~ the ones that hate
the God of the Bible, hate Christianity, and may even hate Christians:

"Turn away from godless chatter and the opposing ideas of what is falsely called knowledge,
which some have professed and in so doing have departed from the faith." ( 1 Tim. 6:20 NIV)

"I tell you this so that no one may deceive you by fine-sounding arguments." {Col. 2:4}

"See to it that no one takes you captive through hollow and deceptive philosophy." {Col. 2:8}

Therefore we Christians give zero serious consideration to anti-Christian Secular Humanist
World Mouth Diarrhea that runs 24/7/365 and is harmless chatter reverberating impotently into
The Gobbledygook Graveyard Of Hate Words.

By the way, it is the Sovereign God who personally owns America, not hate-filled anti-Christian
Secular Humanists like Professor Bobby Brainy.

So Godless Secular Humanism is powerless to stop the certain coming Christianization of the world
that will take place before the Lord Jesus returns. (Matthew 28:16-20 1 Cor. 15:25 )

How can that be?

"ALL authority in heaven and on earth has been given to Me. THEREFORE go and make disciples
of all nations . . . teaching them to obey everything I have commanded you. And surely I am with you
always to the very end of the age." (Matthew 28:18-20)

Here is what the Bible says about the Sovereign God's Christ:

So the Lord Jesus wins The War For The World. 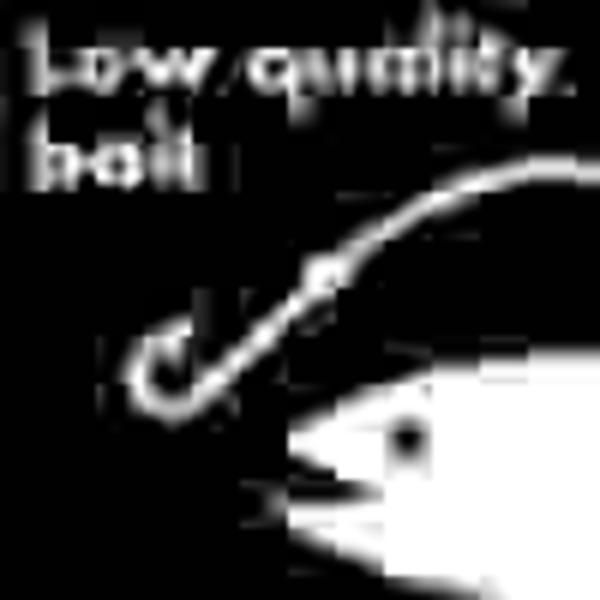 The five great lies of the Left Wrong:

We can be Godless and free. • “Social justice” through forced redistribution of wealth. • Silencing religious opinions counts as “diversity”. • Freedom without moral and personal responsibility. • Civilization can survive the intentional undermining of the family.​
You must log in or register to reply here.

One big thing that confuses about Islam and perhaps someone can explain it.

J
Scene: Science Has Spoken So Shut Your Mouth.
2 3

Oct 30, 2021
Iamartiewhitefox
I
J
We Keep The Intellect (Albert) Chained Up In The Basement.

J
Bobby Foole And His Little God Of Gold.

J
The Intelligence Of The Anti-Faith Secular Humanists Will Vanish.
3 4 5

A moment ago
Patriot43