That's just so sensitive it makes me want to cry

The change is a significant shift in the National Security Strategy, a document that previously outlined the Bush Doctrine of preventative war.


WASHINGTON -- President Barack Obama's advisers will remove religious terms such as "Islamic extremism" from the central document outlining the U.S. national security strategy and will use the rewritten document to emphasize that the United States does not view Muslim nations through the lens of terror, counterterrorism officials said.
W

Restructuring the program to omit white supremacists and other non-Islamist groups "would severely damage our credibility with foreign allies and partners as an honest broker in the fight against violent extremism, and prove divisive in communities across our country," Senators Cory Booker, Brian Schatz and 10 others wrote in a letter addressed to cabinet secretaries. Reuters reported last week that Republican President Donald Trump's administration wants to rename the "Countering Violent Extremism," or CVE, program introduced by the previous Democratic administration of Barack Obama to "Countering Islamic Extremism" or "Countering Radical Islamic Extremism."

The potential name change reflects a broader goal of Trump's to exclude groups in the program's purview such as white supremacist, whose followers have also carried out bombings and shootings in the United States, five sources familiar with the matter said. CVE aimed to address the causes of why some people are drawn to violence or extremism by providing grants and other resources to community groups to develop prevention efforts, including using social media. Earlier this month, Trump signed an executive order temporarily blocking travel to the United States by people from seven predominantly Muslim countries, prompting a global outcry and charges from his critics that he was advancing a white nationalist agenda. Trump has rejected characterizations of the order as a "Muslim ban" and said it is necessary to protect national security. 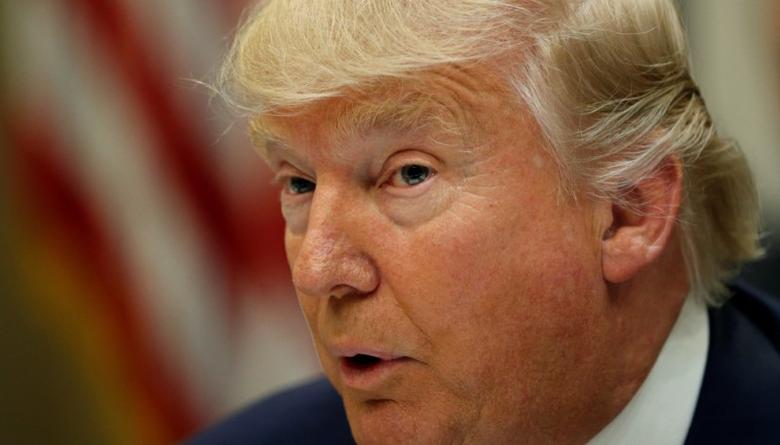 U.S. President Donald Trump speaks during a meeting about the Supreme Court at the White House in Washington​
Department of Homeland Security (DHS) officials who work on CVE met on Tuesday to continue discussions about the proposed changes, according to two sources who have worked closely with DHS on the program. Refocusing CVE efforts largely on Islam would "alienate Muslim organizations and individuals in the United States", the senators wrote to Secretary of State Rex Tillerson, Secretary of Defense James Mattis, Homeland Security Secretary John Kelly and Wade Warren, acting administrator for the U.S. Agency for International Development. "It will also put U.S. service members, diplomats, development practitioners, and citizens traveling the world at significant risk, and will increase the likelihood of more attacks," the letter said, and could "violate constitutional protections and the rights of American citizens."

At least three community organizations have already declined funding collectively totaling nearly $1.4 million awarded under the auspices of the CVE task force, citing concerns about the Trump administration's posture toward Muslims and the possible changes to the program. White House press secretary Sean Spicer declined to comment on the reported changes last week, but said during a briefing that the program was initially intended to focus on "rooting out radical Islamic terrorism." Several former DHS officials told Reuters the CVE program was not conceived with that goal, although it has been criticized by even some supporters as tacitly too focused on Muslims or largely ineffective.

Obama wants to add a brand new tax in a recession

Will This Slow Donations To The DNC?

Obama Whines About Charges Being Dropped Against Flynn...After He Granted Clemency To FALN TERRORISTS?!

T
Abbott: Amount of Fentanyl Caught at Border up Nearly 800% April over April