One of the terrorists disguised as women being interrogated by soldiers

The Defense Headquarters in Abuja has said that the on-going search operation in the re-captured town of Baga has revealed some terrorists disguised as women just as the Nigerian Air Force continued to bombard identified targets in Gwoza, Bama and Sambisa forest.

Director of Defence Information, Major Chris Olukolade, according to a statement made available to LEADERSHIP, his team has discovered arms and bombs
hidden in various locations in Baga.

Part of the statement reads “Meanwhile, in furtherance of the mission to clear terrorists from all their enclaves by the military, the Nigerian Air Force has stepped up its air bombardment of identified targets in Gwoza, Bama and Sambisa forest, preparatory to other phases of the mission.”

“The air strikes have been highly successful as they achieved the aims, hitting vital targets with required precision. Terrorists are now in disarray as they scamper to escape from the impact of air bombardment of their locations in the forest.

“Having successfully liberated Baga where the terrorists have been marauding, the troops’ attention has now been focused on consolidation of the security of the area to pave way for return of citizens,” Olukolade said.
Source: Baga Troops Nab Terrorists Disguised As Women - eReporter
W

Nigeria Vigilantes Ponder Future After Fighting Boko Haram
July 05, 2016 — Two weeks ago, Umar Muhammed caught a suspected Boko Haram member who was trying to enter the northeastern city of Maiduguri with a bomb. “I grabbed him and took him to my commander,” Mohammed said in his native Kanuri language. Security forces detonated the explosive.

The 32-year-old is a member of the Civilian Joint Task Force, a volunteer militia officially authorized by the Borno state government in 2013 to help tackle Boko Haram. The extremist sect has ravaged northeastern Nigeria and the Lake Chad region for seven years. The insurgency has killed more than 20,000 people and forced another 2.7 million from their homes. An ongoing regional and Nigerian military offensive has weakened Boko Haram and pushed them out of many urban areas. The Civilian JTF, and about a dozen other vigilante groups around the northeast, played a pivotal role in turning the tide. They defended their communities from raids and detained hundreds of suspected terrorists to hand over to the military. Some of the Civilian JTF have even attacked Boko Haram camps alongside the military and rescued female captives. 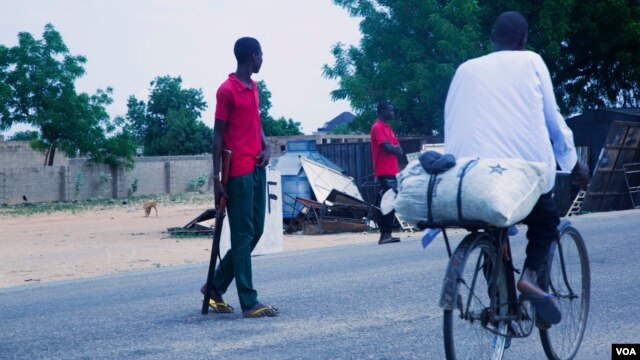 A cyclist rides past Civilian Joint Force members who are patrolling the streets looking for Boko Haram fighters. Maiduguri, Nigeria​
Know the enemy

Along with the operations team, the Civilian JTF has an intelligence unit made up of about 100 undercover agents stationed across the country. They wear plainclothes, gathering intelligence about the insurgents to share with the army. “We know Boko Haram better than the army does,” says an official in the intelligence-gathering arm of the Civilian JTF who requested his name not be used. Some in Maiduguri claim Boko Haram is more afraid of the Civilian JTF than it is of the Nigerian army. Boko Haram certainly saw the threat. As militants seized territory in the northeast in 2014 and 2015, they executed men in large numbers and razed villages, warning people not to cooperate with the government. 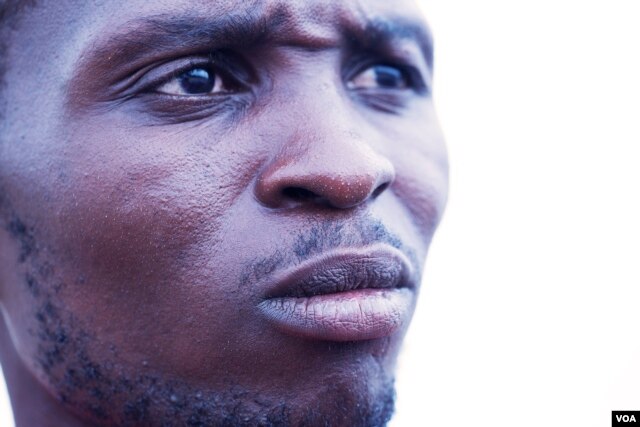 Umar Muhammed, 32, is a member of the Civilian Joint Task Force, a volunteer group in Borno northeastern Nigeria that helps the counter-insurgency efforts against Boko Haram.​
Restoring peace

Some of the Civilian JTF members still patrol the streets of Maiduguri with machetes, hunter’s rifles and an assortment of homemade weapons. “The Civilian JTF are the saving grace for us in Borno State, in fact in northeast Nigeria. Without their efforts, the Boko Haram insurgency wouldn’t have been put down by now,” said Bulama Mali Gubio, a leader of the Borno State Elders Forum. “They organized themselves from each ward from the city and some of the major towns and started fighting their own friends, their own colleagues who were members of the Boko Haram.” The city of Maiduguri, known for decades as the “city of peace,” is much safer than it has been in recent years. Business owners are re-opening shops and students are returning to school. Once abandoned gardens are back in full bloom along the roadside. The curfew fluctuates between nine and ten at night, a stark contrast to the dusk-to-dawn curfews of recent years.

The End of South Africa

Sudan President: CIA and Mossad Behind ISISL and Boko Haram

Is there a vaccine expert in the house who can answer my question about vaccines?
2 3 4

Even the cat knows