Netanyahu Says Palestinian State Will Not Be Established On His Watch

"JERUSALEM (AP) -- Embattled Israeli Prime Minister Benjamin Netanyahu says a Palestinian state will not be established on his watch if he is re-elected.


Desperation Bibi. Even the rabid Zionists can't save you this time. You're toast. 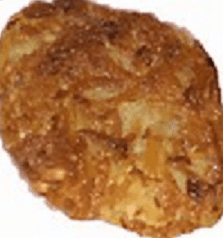 Kinda moot at this point.

"On 29 November 2012, the General Assembly adopted resolution 67/19 entitled “Status of Palestine in the United Nations” with 138 votes in favor, 9 against and 41 abstentions. The resolution accorded to Palestine non-Member observer State status in the United Nations, marking the first time that the General Assembly considered Palestine to be a State."
You must log in or register to reply here.

The Socialist Are Testing The Waters?

Didn't Iraq claim they needed no Coalition help with Tikrit?

Can You Show the Universe and Earth Was Created by the Big Bang by Showing the Energy?
13 14 15

L
The Democrat Bill That Would Sexualize Your Kids, Like It or Not
2 3

You keep hearing how the "RICH" dont pay their fair share, but use the infrastructure and other stuff the Progs keep saying...But!!!!