Mr. President You Could Cut This From The Rescue Act!

In the section of this bill (HR 1319) labeled "Preserving Health Benefits for Workers" do the following. What this section is all about is helping workers that lost their job during the Pandemic with health insurance payments for continuation of their employer sponsored health insurance. Specifically, this is all about helping these workers with the COBRA program. The COBRA program is a long established Federal government program that essentially says if a worker loses his job and it wasn't for an egregious reason like he or she committed a crime, that worker has a legal right to continue with their employer sponsored health insurance plan that they were on before they were terminated for up to eighteen months with the proviso that the worker pay the entirety of the insurance premium cost. Now what the Rescue Act does is it says the worker only has to pay fifteen percent (15%) of the insurance premium cost to continue with COBRA coverage that Uncle Sam will pay the eighty-five percent balance, the employer gets a refundable tax credit here that the employer can use to offset their Social Security and Medicare tax obligation for their entire employee staff. The mistake here by elected officials in embracing this policy is that they are being too generous here in their financial help, this spending is excessive. The policy should be that the worker pays the premium charge that he or she was paying before he or she was terminated and that charge is capped at thirty-five percent of the entire premium amount. Having the worker only pay their pre-termination premium rate is both still helping the worker and being fair. Keep in mind that in the vast majority of cases for employer sponsored health insurance the terms are very generous to the worker that the worker only pays like thirty to forty percent of the entire premium charge so in this program the federal government will be picking up the employer percentage of the premium cost that is sufficiently helpful. People need to remember that for the fifteen plus million Americans getting unemployment compensation with the Federal government's $300/week supplemental around half of those in the UC program are getting equal or more income in the program than they were working. To those workers still on the job that have their nose to the grind stone trying to make a living it likely seems pretty unfair that they have to incur the burden of paying their weekly insurance premium when people are sitting on their butts at home receiving a big fat unemployment check that makes them whole economically from not working and on top of that they get a significant discount on their health insurance premiums; elected officials in Washington should aim to be fair and this program isn't fair to workers that still remain on the job. Elected officials back in 2009 for the Recovery Act from the Great Recession got it right they required the workers to just pay thirty-five percent of the overall premium costs to maintain COBRA coverage. Further the over generosity of the terms of this program may invite people to game the system by having people who can gain COBRA eligibility from reduction of hours requesting their employer reduce their hours just under the threshold where they become COBRA eligible so they can have the Federal government pick-up a significant portion of their health insurance premiums for six months! The other thing about this program is that there is a lot of workers out there who have lost their job during this pandemic who were higher income workers that have a significant amount of savings that can readily afford to pay their own health insurance premiums until they regain employment this program should try to screen these unneedy Americans out of this program and this can be done by adding the following provisions. In order for a person to qualify for this Pandemic COBRA program if their health insurance is an individual policy their yearly income pursuant to what was on their W2 form for the preceding year before their termination cannot have exceeded seventy-five thousand dollars and if their health insurance is a family policy this yearly income figure cannot have exceeded one-hundred and fifty thousand dollars; and, if their employment did not extend for an entire twelve months in the preceding year pro rate these threshold numbers. Everyone needs to keep in mind that those workers that have lost their job during this pandemic time and are financially constrained because of their loss of employment when they go into the exchanges of the individual insurance market will get valuable help paying for health insurance based on their financial situation so this Pandemic COBRA program doesn't have to include every single American that lost their job during this time that could be eligible for COBRA coverage!
S

He can cut raising the Fed Min wage to $15/hr

He can cut the massive bailouts for left wing states that have improperly handled their budgets and tax system over the years....ie NY

Oh no, we all all in this together, we are not a nation of Democrats and Republicans we are a nation of Americans..Get used to it.
S

Oh no, we all all in this together, we are not a nation of Democrats and Republicans we are a nation of Americans..Get used to it.
Click to expand...

Sure, but we are 50 states....and if NY wants to raise taxes, driving out citizens and businesses, and has a massive short fall....it's not the folks in North Carolina's fault.

I have no problem with Federal dollars bailing out, or helping for Covid related things in this Covid relief bill.....but bailing out Dems for horrible policies that have damaged the state is not the job of the federal govt. The voters should learn to vote these people out

and let's face it, NY has had major issues due to the left wing policies well before Covid....even Andy teh Grandma killer realized that 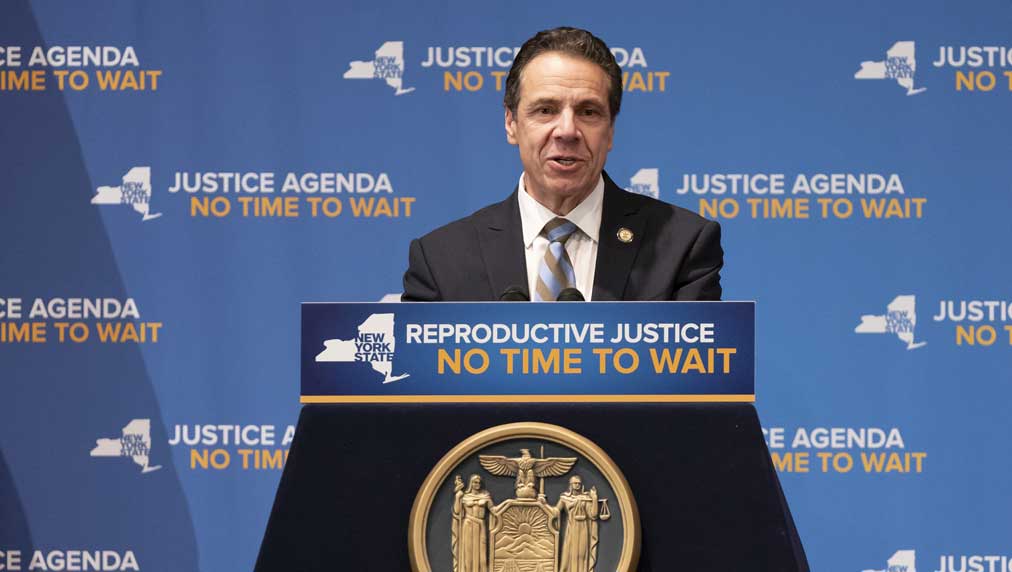 New York Gov. Andrew Cuomo says his state budget is short $2.3 billion of revenues. Give him credit: He knows he can't get it by raising taxes on the rich.

The federal gov't is supposed to do the functions that the states and local gov'ts can't, such as foreign affairs, national defense, immigration, and so on. It isn't supposed to do things for specific states, cities, or groups of people; IOW, play favorites.

In one of President Joseph Biden's recent speeches on the "American Rescue (From What?) Plan Act"

Oh no, we all all in this together, we are not a nation of Democrats and Republicans we are a nation of Americans..Get used to it.
Click to expand...

I can say to you the feeling is not mutual anymore. You are your version of Americans and Non Progs are nother version of Americans. There will never be togetherness even if we have a big time war, disaster or anything else. You, the media and the entertainers have burnt most of the bridges. Like the old Saturday sports show...You guys had the thrill of victory but promoted agony to others when most believed in inclusion anyway. But revolutionaries always need an enemy. And you have to feel safe about it. There is very little pushback at this point. The weapons purchased is because over several years endless violence has been in cities with innocent men, women and children hospitalized or killed. The media loving it. Arson and destruction of properties destroyed business areas of neighborhoods in cities all over the nation. The propaganda is relentless. And we are not a low tax nation anymore. Anyway after the illegals become legal another up to 25 million will be citizens. And they will be getting their cut of the freebies. That does not bode well for African Americans.
You must log in or register to reply here.

J
Democrats Relief Bill Has A Lot Of Little Bombs In It!

J
Democrats ACA changes In Their Relief Bill Another Disaster!

Obama Care And The Unions

People suffer the pain, corporations, CEOs get the gain ... Analysis Warns Companies Could Hike Premiums by 40% Amid Pandemic

Man Duct taped into seat after causing a disturbance on an airplane.

YES! No evictions!! How we benefit from Bidens move