Most People In The Ancient World Were Illiterate

Indeependent said:
The Torah contains the mandate for every Jew to have their own copy of a Torah.
Click to expand...

Really? We should have found many more ancient scrolls.

surada said:
Really? We should have found many more ancient scrolls.
Click to expand...

So you think people back then went to Staples and bought high quality paper?
Are you that stupid?
Progressives are boring

surada said:
Were they literate? Public reading seems to have been the norm.
Click to expand...

By members of the congregation. A boy must be able to read from Torah by his 13th Birthday to participate in The Bar Mitzvah.

Siddurim and Mahzor (books of Hebrew liturgy) have been used for daily prayers by Jews for thousands of years.

surada said:
Really? We should have found many more ancient scrolls.
Click to expand...

Well, there won't be any at YOUR house.

surada said:
What was the Roman education system?
Click to expand...

If you were rich, private tutors (pedogoggi) were employed ... often knowledgeable slaves.

Private schools, for fee, also existed for both boys and girls.

Indeependent said:
So you think people back then went to Staples and bought high quality paper?
Are you that stupid?
Click to expand...

That's the point isn't it? Paper and scrolls were rare.
S

Private schools, for fee, also existed for both boys and girls.
Click to expand...

Yep. That's how it was in the middle east.

surada said:
That's the point isn't it? Paper and scrolls were rare.
Click to expand...

I didn't know that animal skin and parchement are the same thing.

www.pergamena.net
These days, parchment, in general, refers to any type of animal skin turned into a paper-like material from physical action, including the removal of extraneous flesh, fat, and hair. Meanwhile, vellum comes from the Old French word Velin, which means calfskin.

surada said:
That's the point isn't it? Paper and scrolls were rare.
Click to expand...

Paper as we know it was rare; they used chicken skins to make scolls, as described in the Talmud, which lasted a few years and then they had to make a new Torah.
Progressives are boring

White 6 said:
Now most can read, but the seem to prefer somebody else do their thinking and evaluation for them, simple telling them who they should be mad at and accepting according to their cohort group.
Click to expand... 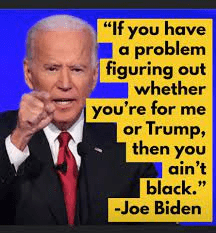 I survived a liberal pregnancy!!

That's why many important events were not written down until years later.
Click to expand...

Most people are illiterate in 2021.

Fort Fun Indiana said:
Most people are illiterate in 2021.
Click to expand...

Globally? I believe it is. It wasn't a joke.

Your belief is mistaken.

Unkotare said:
Your belief is mistaken.
Click to expand...

Roman literacy were estimated to be between 5% to 10% of the population with some regions up to 20%. Interestingly enough there are over 11,000 examples of graffiti unearthed in Pompeii, much of it written. That would indicate that a fair number of the local population had at least some literacy,
Last edited: Jan 8, 2022
You must log in or register to reply here.

Alumni Funding is drying up?

Who Were The Star People Mentioned By Ancient Cultures Around The Globe?
2 3 4

Clothes From 8,000 Years Ago Were Made From Trees, New Research Suggests

It's Remembrance Day today in Canada. God Bless all those who have sacrificed.

Breyer to Retire: Anita Hill Should Take His Place
2 3

Kid Rock Releases We The People