Police in Malaysia are searching for an industrial device that holds radioactive material after it disappeared this month.

While being transported near the capital of Kuala Lumpur on August 10, the radiography device went missing out the back of a pick-up truck.

ANYBODY ever watch Jherico , well this crap doesn' tjust go missing and in the past few months there have been more of these gone missing off trucks, including the last incident not long ago down in Mexico where's it going what are they planning.

Are they gathering for the FALSE FLAG about to come so they can make Trump look bad, or is it going to be something to be a " white house down" situation.


and by the way LEFTIES. RADIOACTIVE MATERIAL DOESN'T just go missing or oops falls off a truck. 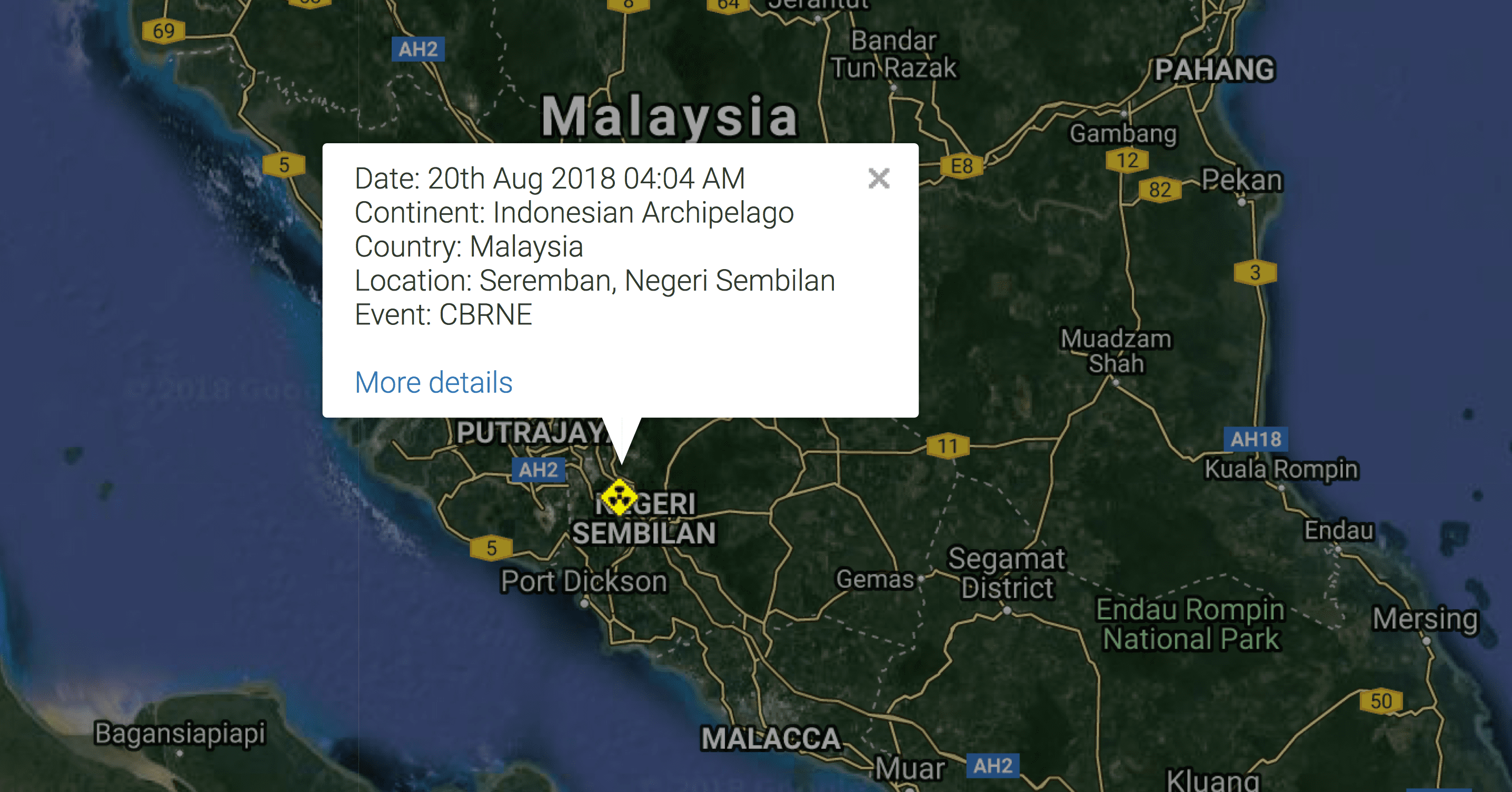 You know, I understand that many on here are leery of any stories that come from InfoWars, so I looked it up and it is legit. Seems they lost around 23 kg of iridium while it was being transported.

“It cannot fall into the wrong hands as the consequences can be deadly,” a source at Malaysia’s Atomic Energy Licensing Board (AELB) told the newspaper.

TV interview he believed terrorism was the number one security risk facing Malaysia.


The 23kg instrument was lost somewhere between the country’s capital Kuala Lumpur and the town of Seremban, some 37 miles away, on 10 August.


It is reported to belong to a company offering inspection services to the oil and gas industry.

MindWars said:
Police in Malaysia are searching for an industrial device that holds radioactive material after it disappeared this month.

While being transported near the capital of Kuala Lumpur on August 10, the radiography device went missing out the back of a pick-up truck.

Iridium, one of the highest stable transition metals, only three, platinum, gold and mercury have a higher atomic weight. A very hard, brittle, silvery-white metal of the platinum group, iridium is the second-densest element (after osmium). It is also the most corrosion-resistant metal, even at temperatures as high as 2000 °C. Although only certain molten salts and halogens are corrosive to solid iridium, finely divided iridium dust is much more reactive and can be flammable.

Iridium is one of the rarest elements in Earth's crust, with annual production and consumption of only three tons. 191Ir and 193Ir are the only two naturally occurring isotopes of iridium, as well as the only stable isotopes; the latter is the more abundant of the two.

Iridium is found in meteorites in much higher abundance than in the Earth's crust. For this reason, the unusually high abundance of iridium in the clay layer at the Cretaceous–Paleogene boundary gave rise to the Alvarez hypothesis that the impact of a massive extraterrestrial object caused the extinction of dinosaurs and many other species 66 million years ago.

Iridium-192 has a a half-life of 74 days. It decays by emitting beta (β) particles and gamma (γ) radiation. About 96% of 192Ir decays occur via emission of β and γ radiation, leading to 192Pt. Some of the β particles are captured by other 192Ir nuclei, which are then converted to 192Os. Electron capture is responsible for the remaining 4% of 192Ir decays. Iridium-192 is a very strong gamma ray emitter, with a gamma dose-constant of approximately 0.591 Rem/hr at one meter. Iridium-192 has accounted for the majority of cases tracked by the U.S Nuclear Regulatory Commission in which radioactive materials have gone missing in quantities large enough to make a dirty bomb, therefore, if its lose represents a genuine threat, it will have to be used as a bomb within about 10 weeks to optimize it's effectiveness, which would require a delivery system already made and waiting.
C

Transporting it in the back of a pick up??

Guess they didn't see is as much till it came up missing.

Claudette said:
Transporting it in the back of a pick up??

Guess they didn't see is as much till it came up missing.

Obviously, the Malaysians had a very weak and vulnerable system and should not be in the business of transporting this stuff (no doubt they supply it at a low cost to the medical and industrial trade for imaging) and that increases the chances that someone waited for an opportunity to exploit this weakness and steal 20 pounds. Now we'll have to wait and see what the intended market is, medical or terrorism.

Guess they need stronger regulations over there in Malaysia
OP 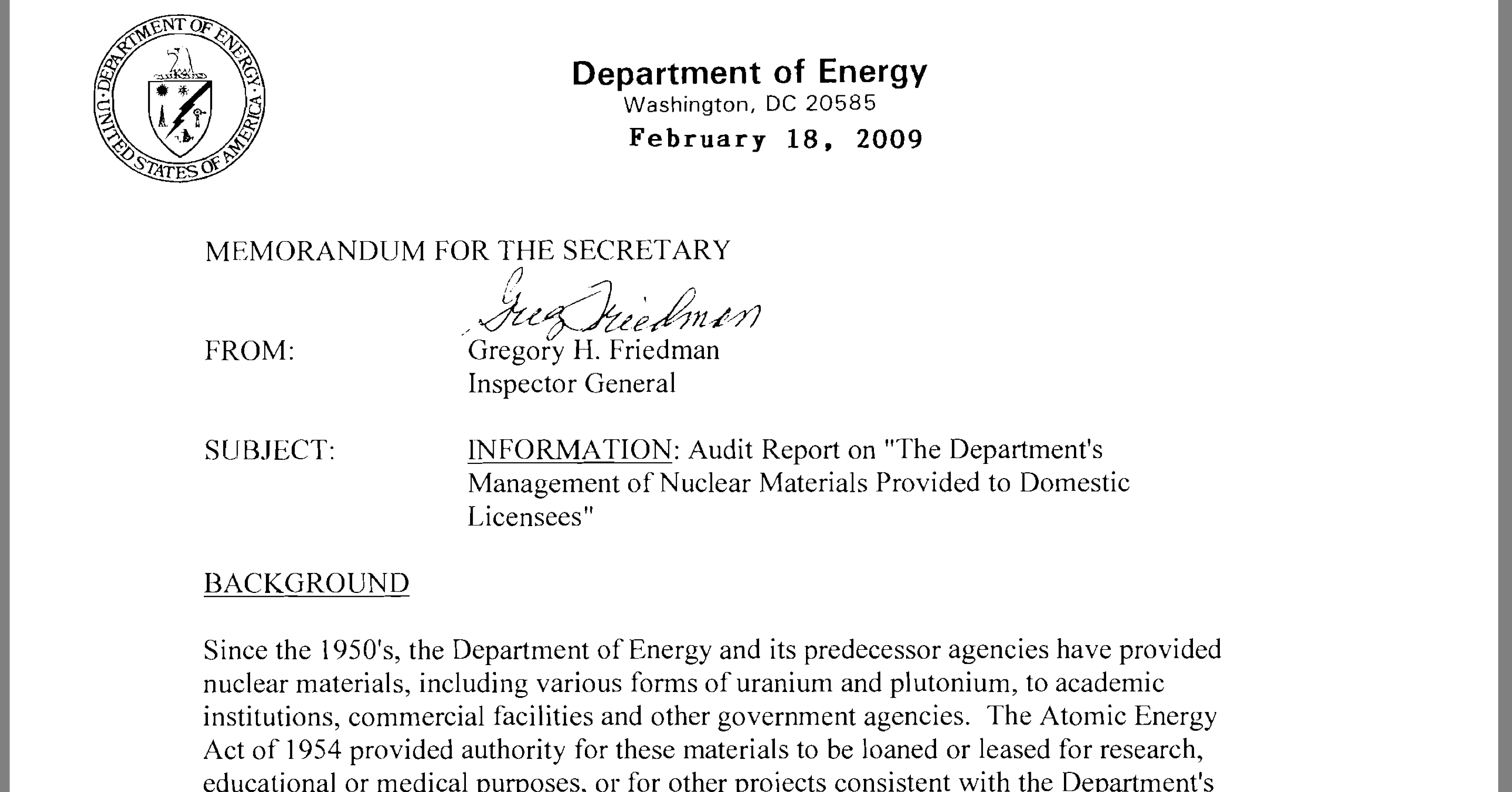 Oh but the denialist won't ever see it coming lmao...

And some people propose that more and more nuclear plants be constructed around the world!

Oh but the denialist won't ever see it coming lmao...
Click to expand...

Oh, gee, one of the first decrees occurring under the wistful gaze of the keen Obama Administration.
You must log in or register to reply here.

China Applies For Patent of US Drug Remdesivir to Treat Coronavirus

The NEWER Official Discussion Thread for the creation of Israel, the UN and the British Mandate
38 39 40

Protesters in KC push back against Operation Legend
2

Why schools in the United States should not re-open this fall.
25 26 27