LENR gets some traction...

Cold fusion, otherwise called Low Energy Nuclear Reaction (LENR), is, theoretically, the fusing together (rather than a chemical reaction) of elements at normal temperatures such that they release more energy than is required to fuse them.

This is an idea that is incredibly appealing because if it could be achieved it would provide mankind with, again in theory, incredibly cheap energy. In practice, there could be drawbacks such as pollution and radiation but until cold fusion is actually demonstrated and developed, no one knows...

As for the rest of the companies that have announced theyre developing cold fusion devices only one stands out: Defkalion Green Technologies, a company based in Greece

On October 18, Defkalion published two documents: An executive summary and an extensive report of tests of their system in which the names of third parties who witnessed the tests, which were conducted in September in Greece, were redacted.

The reports are very interesting. Here are the conclusions from the summary report (the emphasis is mine):

1. Defkalion was able to demonstrate an excess of energy.

2. They were able to demonstrate that they can fully control the reaction: starting it, stopping it, increasing and decreasing it.

3. They were able to demonstrate that the reaction is dependent on hydrogen gas.

4. The contents of the reactor were removed and weighed to be 59 grams of mass, most of which was a ceramic encasement. Therefore, the reaction appears to produce more energy than a chemical reaction from a known amount with an equivalent mass; implying a nuclear reaction is involved.

5. There were error bands associated with all data obtained which have not yet been completely established. These will need to be addressed in a detailed analysis of this data.

6. It is my opinion that Defkalion is sincerely attempting to accurately measure and demonstrate the performance of their technology with confidence that they can achieve a COP >1 for a long enough period to exclude any possibility of a chemical reaction.

It is that last point thats the biggie  and another sentence in the report stood out:

Upon a preliminary look at the data, the reactor was operating well in excess of a COP of 3.

...that the executive summary was written by Michael A. Nelson, a NASA employee of some thirty years standing.

I contacted Mr. Nelson and found out that he was not attending the tests as a representative of NASA but rather on behalf of The Free Energy Foundation (their Web site is, as of writing, offline for unknown reasons) the New Energy Foundation (see footnote). The Foundation paid Mr. Nelsons expenses to travel to and from the event which he attended out of scientific interest although Mr. Nelson told me It really never mattered to me if my expenses were covered or not. I was willing to pay out of my own pocket for the chance to get an up close look at what they have.... 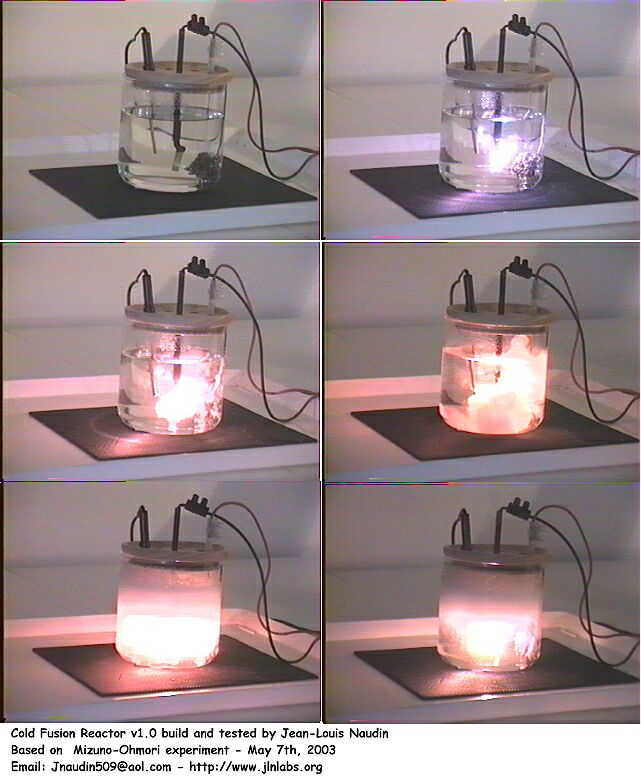 i suppose this is "general science" but seems worthy enough for it's own thread
http://img266.imageshack.us/img266/9963/dangerislam.jpg
http://www.usmessageboard.com/relig...s-a-horrible-ideology-for-human-rights-3.html
You must log in or register to reply here.

Science of the Bible
2 3

A
More Haitians released in USA than deported
2

Soylent Green Is People! & So is the Corona Vaccine
3 4 5

OMG!!! Every Week We Discover That Trump Wasn't Lying About Something Else
12 13 14