Laugh out Loud, the GOP's Leadership is now bumbling.

bendog said:
I'm not quite sure how to answer. I admired Kasich's response to covid, opposition to trump and pursuit of balanced budgets. He supported free trade, but I think he thought it should be reciprocal. And enforced by some agreed upon standards of what was not allowed. I liked Jack Kemp too, but maybe that was football. LOL I admired McCain. I don't have to agree all the time. I don't think any of those guys cared cared or gave much thought (maybe wrongly) to what other people looked like or who they loved. The last president I was enthusiastic about was HW, and I suspect that won't change.

If I could I'd phase out all public affirmative action and base preference more on geographics and econ hardship.

Many years ago when I lost faith with govt and churches over vietnam, I thought MLKjr might have something in common ground among working people of all stripes. I still think that. And I like Warnock. But I'm big on work and not on govt aid. Educ, Healthcare really don't have free market solutions imo. But yah gotta have a job, and yah gotta pay the rent. I don't think our current public assistance really stresses that, but damned if I've seen anything better than what we've got.
Click to expand...

Interesting. Thanks for answering. I asked because of your comment about "progressives."

Who and what are they and what do you think of them?
Until conservatives once again hold Republicans to the same standard they hold Democrats, they will have no credibility and deserve no respect.
- Bruce Bartlett (R)
Let's face it -- when our "Christianity" makes us unloving we obviously don't have the real thing, even if we are correct on all the doctrines. But when we realize that Christ, through the grace of God, has truly rescued us from the pit on sin, our response will be love. A lack of it indicates that we have yet to be rescued ourselves.
- George R. Knight
Not that which goeth into the mouth defileth a man; but that which cometh out of the mouth, this defileth a man. - Matthew 15:11

MarcATL said:
Interesting. Thanks for answering. I asked because of your comment about "progressives."

Who and what are they and what do you think of them?
Click to expand...

Oh. I thought AOC's opposition to Amazon was stupid, and juvenile. I notice Wal-Mart and even Krogers (which treats its union workers like shit) have upped their college assistance.

I can't really agree with expanding the child care tax credits. I'm fine with free care for kids, and pre-K. I think we should have free community college for kids who actually pass classes. But just handing out money because people had kids .... I don't see it.

Mitt Romney gave a stump speech here in 08 about how he was in it for the guys working two jobs. It did not go well. LOL He was truly out of touch. But 20 years ago, maybe not so much.

edit: but when WJC negotiated a tax cut for millionaires in exchange for the initial EITC .... that imo had some logic. There were better options, but the gop was getting that tax cut.
C

Was it propoganda when that retard Trump suggested that disinfectants & light bulbs could cure COVID? How any reporters in that room kept a straight face is beyond me.

Trump is a blathering idiot with the I.Q. of an amoeba.
May Trump's Days Be Filled With People Just Like Him

Sandy Shanks said:
The Jan. 6 Select Committee began its investigation this week. It is to the Democrats' advantage to drag out these proceedings deep into 2022, an election year.

It goes to depth of the problem Trump created for his party that Republicans are likely to help prolong the proceedings.

Dragging out the proceedings deep into 2022, an election year.

By promoting and inciting the insurrection, Trump has placed his party between a rock and a hard place.

Yes, you heard that right.

The House Republican leader, McCarthy is totally confused and making a fool of himself. He didn't have time to watch today's hearing. Four capital police who protected McCarthy and his colleagues on Jan. 6 testified today. McCarthy was not interested.

But McCarthy did have time to hold a press conference. Incredibly, he blamed speaker Pelosi for the violence on Jan. 6. The Hill reports, "He teed off on Speaker Nancy Pelosi (D-Calif.) Tuesday morning, accusing her of neglecting her duty to defend the Capitol on Jan. 6 and demanding answers about her role in the violent attack that injured more than 140 police officers."

That statement from the leading Republican in the House is both disgusting and ludicrous.

The problem is, backwards, uninformed grassroots Republicans will believe all this. They are not interested in reality. They are only interested in what they want to hear. McCarthy, Gaetz, Greene, and Gohmert and the like are telling grassroots Republicans what they want to here and it matters little that much of it is lies. Great, Pelosi is at fault, not our beloved leader. Will they learn the truth? Hell, no.

Besides, that is all they hear from the leaders of their party. The responsible leadership in the Senate are completely silent as their party's leader is being prosecuted in this investigation.

How do you defend this bizarre behavior? You can't.
Click to expand...

The problem is there is no responsible republican leadership in the senate or house.

Dr. Love - “The Internet is pretty much forever and your keystrokes on social media can be deleted, but not disappeared. Hopefully all those complicit will be hunted down like dogs.”
L

Clipper said:
Was it propoganda when that retard Trump suggested that disinfectants & light bulbs could cure COVID? How any reporters in that room kept a straight face is beyond me. Trump is a blathering idiot with the I.Q. of an amoeba.
Click to expand...

So now it's wrong to try to come up with a cure for Coronavirus?
C

lennypartiv said:
So now it's wrong to try to come up with a cure for Coronavirus?
Click to expand...

Even if there was a cure it would do no good to the Trump cult who won't get the vaccine & who cry over masking up.
May Trump's Days Be Filled With People Just Like Him

Clipper said:
Even if there was a cure it would do no good to the Trump cult who won't get the vaccine & who cry over masking up.
Click to expand...

Isn't that the irony? But for Trump we might just now be getting a vaccine yet the people refusing the vaccine are mostly the Trumpanzees and to a lesser extent blacks who have no faith the govt won't genocide them.

Meanwhile Cuomo is raping half of NY and murdering the other half. Not good optics.

What an awesome cult that is.... hmm? And your stuttering shit clown that can actually stay awake for almost 15 hours a week is the perfect Dear Leader. 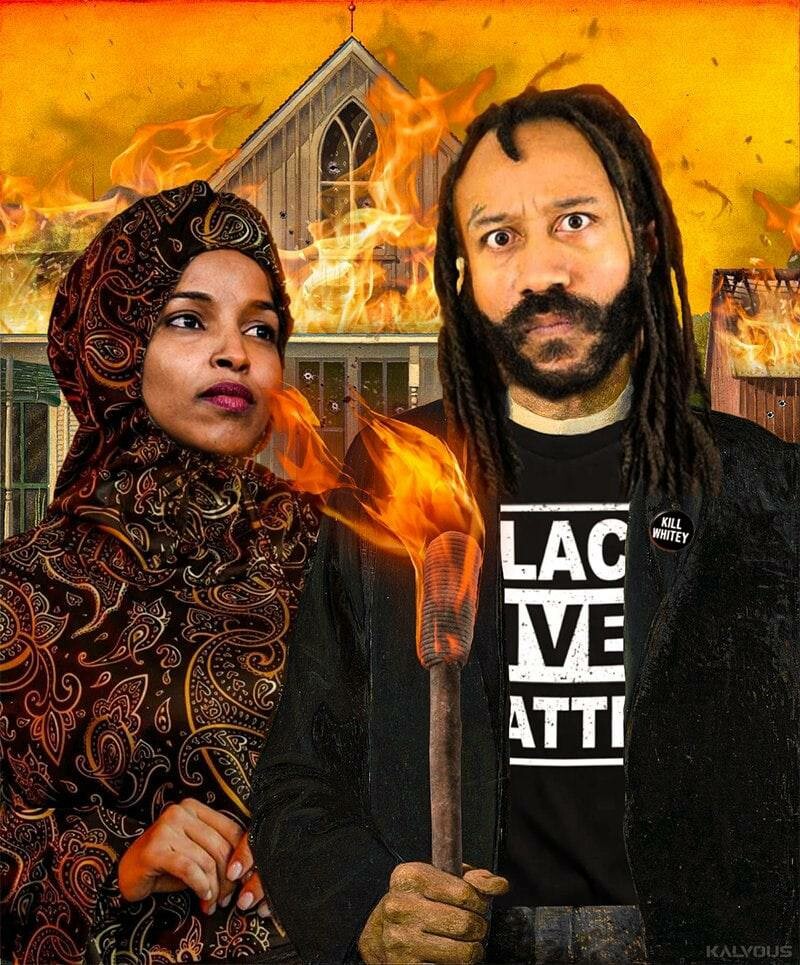 Rye Catcher said:
The loss of the White House, the loss of the Senate and the Majority in the House of Rep. has the GOP leadership spinning tales and reaching into the abyss. Pointing fingers at Speaker Pelosi for the riot on Jan 6th goes beyond belief. An effort to create another BIG LIE and the failure to acknowledge the mob was an instrument played by Trump.

The denial of the evidence presented on National TV was sobering, the violence was what one might only see in a movie theater; a fact that sent the Republican Leadership in the H. or Rep. reeling and dumbfounded as to what to do.

McCarthy is the lead bumbler, and not only is he too incompetent to be the Speaker he so desires, he'll be lucky to win his seat in Fresno County come 2022. Trying to but the blame on The Speaker is ludicrous as well as wicked and dishonest.

Republicans Are Blaming Pelosi for Jan. 6 Attack. Their Claims Don't Add Up.

For months, Republican leaders have downplayed the Jan. 6 assault on the Capitol by a pro-Trump mob. But on Tuesday, ahead of the first hearing of a special committee to investigate the riot, they took their approach to new and misleading extremes, falsely blaming Speaker Nancy Pelosi for the...

For months, Republican leaders have downplayed the Jan. 6 assault on the Capitol by a pro-Trump mob. But on Tuesday, ahead of the first hearing of a special committee to investigate the riot, they took their approach to new and misleading extremes, falsely blaming Speaker Nancy Pelosi for the violence.

“The American people deserve to know the truth that Nancy Pelosi bears responsibility as speaker of the House for the tragedy that occurred on Jan. 6,” said Rep. Elise Stefanik, R-N.Y., the party’s No. 3 leader.

It amounted to an audacious attempt to rewrite the history of the worst attack on the Capitol in two centuries and preempt the damning testimony of four police officers who were brutalized by the mob of Donald Trump’s supporters. Here’s how Republicans twisted the facts.

Read the link to see how the Republicans hope to rewrite history.
Click to expand... 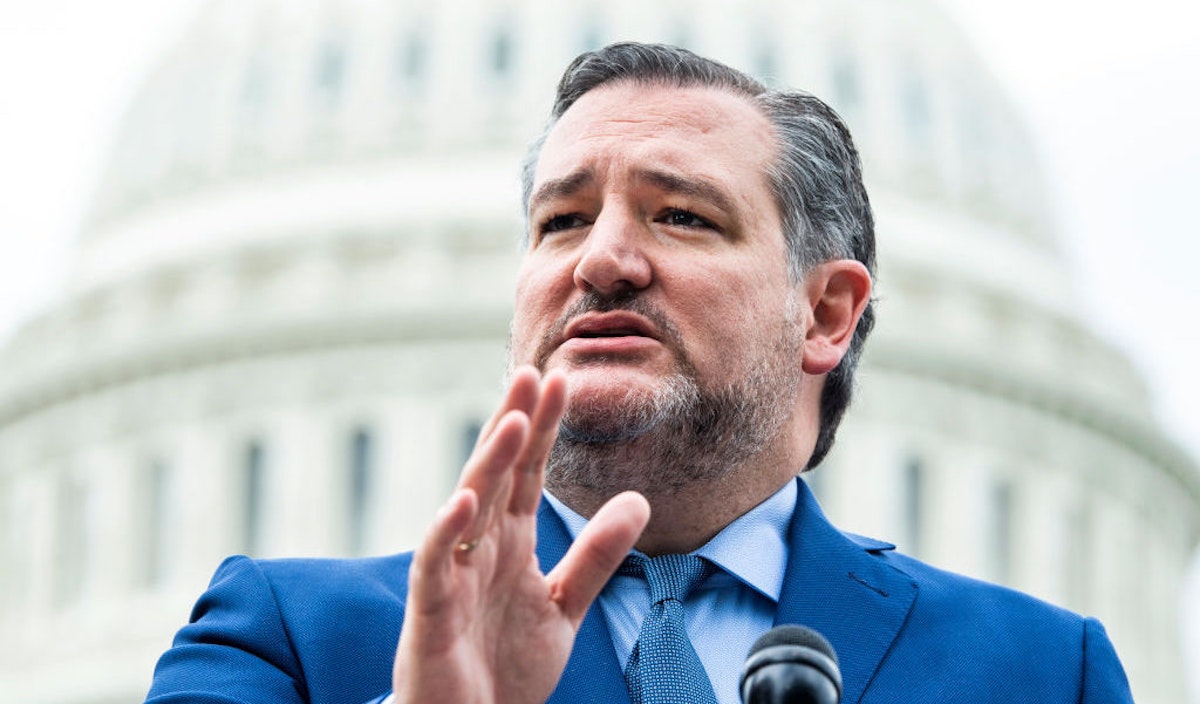 fuck the democrats and their attempt to take elections from the state.

talk about rewriting history. didn't they during the elections say STATES HAVE FULL POWER - the very power they're now trying to grab?

fuck that shit.
iceberg
she was the last planet i kissed
You must log in or register to reply here.

Just the Facts... how many school age kids have died from COVID?

T
Republicans Threaten to Launch Their Own Jan. 6 Riot Commission, Because Why the Hell Not?
2

Could Wormwood in the bible be referring to a ICBM?