Two provisions of the USA Patriot Act are unconstitutional because they allow search warrants to be issued without a showing of probable cause, a federal judge ruled Wednesday. U.S. District Judge Ann Aiken ruled that the Foreign Intelligence Surveillance Act, as amended by the Patriot Act, "now permits the executive branch of government to conduct surveillance and searches of American citizens without satisfying the probable cause requirements of the Fourth Amendment."
Portland attorney Brandon Mayfield sought the ruling in a lawsuit against the federal government after he was mistakenly linked by the FBI to the Madrid train bombings that killed 191 people in 2004.
The federal government apologized and settled part of the lawsuit for $2 million after admitting a fingerprint was misread. But as part of the settlement, Mayfield retained the right to challenge parts of the Patriot Act, which greatly expanded the authority of law enforcers to investigate suspected acts of terroris
Click to expand...

Part of Patriot Act ruled unconstitutional - US news - Security - msnbc.com
I will accept the rules that you feel necessary to your freedom. I am free, no matter what rules surround me. If I find them tolerable, I tolerate them; if I find them too obnoxious, I break them. I am free because I know that I alone am morally responsible for everything I do.

When any government, or any church for that matter, undertakes to say to its subjects, This you may not read, this you must not see, this you are forbidden to know, the end result is tyranny and oppression, no matter how holy the motives. Mighty little force is needed to control a man whose mind has been hoodwinked; contrariwise, no amount of force can control a free man, a man whose mind is free. No, not the rack, not fission bombs, not anything -- you can't conquer a free man; the most you can do is kill him. ​
​
S

I suspect that this determination will get reversed on appeal.

As it should.
The very existence of Ravi is an argument in favor of burkas. Oh, and Zona is a liar. What a shock.

Liability said:
I suspect that this determination will get reversed on appeal. 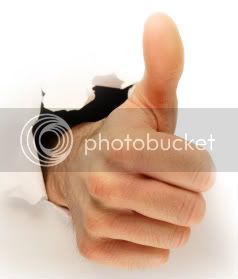 U.S. District Judge Ann Aiken better watch her ass, the President is now assassinating Americans with Predator Drones. Only a matter of time before it starts happening on US soil.
"Democrats haven't been this angry since the Republicans freed their slaves"
- Reddit

Elden Rosenthal, an attorney for Mayfield, issued a statement on his behalf praising the judge, saying she "has upheld both the tradition of judicial independence, and our nation's most cherished principle of the right to be secure in one's own home."
Click to expand...

A step in the right direction, lets hope that tradition of judicial independence carries on through the appeals process.
The Bill of Rights no longer withdraws certain subjects from the vicissitudes of political controversy, our rights are now placed within the reach of majorities and officials at liberty to ignore and disregard legal Principles and Precedent. One's right to life, liberty, and property, to free speech, a free press, freedom of worship and assembly, and other fundamental rights are now in jeopardy, submitted to the capricious whims of partisan politics, dependent on the outcome of elections contrary to the rule of law and the original intent of the Framers.
You must log in or register to reply here.

The Federal Government needs to be put back on its Constitutional leash.
2 3 4

A moment ago
Friends

Dems are desperate for a viable 2024 candidate
2

The Biggest Witch Hunt Ever Against Boris Johnson.
2

Zone1 Giving up the search for God
2