Tonight is sink or swim for Jeb Bush; so he has to be looking to stay afloat. He would have done better had he said he would assassinate Attila the Hun. Killing the man Communists hate the most can easily be misconstrued. As I’ve said many times, Hitler fighting Communism, for whatever reason, gave him one saving grace. Stalin had none.

The Republican hopeful acknowledged that, like those Michael J. Fox movies, time travel has its consequences. But the opportunity to snuff out the future leader of the Third Reich was too good to pass up.

“It could have a dangerous effect on everything else, but I’d do it,” Bush said. “I mean, Hitler.”

Jeb Bush: ‘Hell yeah I would’ kill baby Hitler​
If Jeb killed baby Hitler how about this for a dangerous effect: Hitler fought Soviet Communists more than any other single person.

Killing deceased figures is fantasy assassination. If you want the real thing try this with a live target:

In 1940, Hollywood made a movie titled Man Hunt containing a plotline about assassinating Hitler. Incidentally, Hitler never said “Today Europe tomorrow the world.” I believe the phrase was first said by a Nazi agent, played by George Sanders, in this movie starring Walter Pidgeon:


​
America was not at war with Germany at the time. In fact the Japanese attack on Pearl Harbor was at least 18 months away when Man Hunt was being shot. America was still at peace with Germany when the movie was released in mid-1941.

NOTE: No such movie plot ever explored the possibility of assassinating Stalin after WWII ended. As far as I know, Hollywood never made a movie about knocking off any Communist dictator. In fact, the Left is still angry over CIA plots to snuff Fidel Castro.

Failed assassinations inform more than the successful ones and are more humorous.

Stalin ordered John Wayne’s assassination. Nikita Khrushchev rescinded the order after Stalin died. When the story came out it was reported that Stalin was so angered by John Wayne’s anti-Communism he ordered Wayne’s murder. In addition to Stalin, none other than Mao Tse Tung was putting out contracts:


Wayne also told Mr Munn about an attempt to kill him by an enemy sniper while he was visiting the troops in Vietnam in 1966. "One of the snipers was captured," said Mr Munn, "and said there was a price on John's head, put there by [China's communist leader] Mao Tse Tung."​
Book tells how John Wayne survived Soviet assassination
Nick Paton Walsh in Moscow
Thursday 31 July 2003 21.15 EDT

Book tells how John Wayne survived Soviet assassination​
Assassination always comes down to who gets starched.

The Left never fussed over assassinating non-Communist dictators like Hitler during peacetime. Nor was there much said by media liberals when the news told us that Stalin ordered the murder of a Hollywood icon known for his anti-Communism. But let Pat Robertson suggest putting a hit on a Communist dictator and the liberal press was beside itself with moral indignation.

USATODAY.com - Pat Robertson calls for assassination of Hugo Chavez​
Pat Robertson’s comments triggered the following. (The article is “Closed.” Good luck if you want to research the date and title.)


Christian Coalition founder Pat Robertson prompted a firestorm of media outrage on Tuesday after he suggested that the Bush administration should assassinate a foreign leader who posed a threat to the U.S. - in this case, Venezuelan President Hugo Chavez.

But when senior Clinton advisor George Stephanopoulos publicly argued for the same kind of assassination policy in 1997, the press voiced no objection at all. Fresh from his influential White House post, Stephanopoulos devoted an entire column in Newsweek to the topic of whether the U.S. should take out Saddam Hussein.​
Wednesday, Aug. 24, 2005 12:23 p.m. EDT
Stephanopoulos Urged Foreign Assassination

Newsmax.com - Breaking news from around the globe: U.S. news, politics, world, health, finance, video, science, technology, live news stream​
The Robertson-Stephanopoulos story shows that Democrats are greatly offended when knocking off a Communist is on the menu.

All things considered, Jeb Bush could have found a better target than Hitler. I personally oppose assassination; nevertheless, if Jeb contacts me I will be happy to provide him with a list of possibilities who are still breathing.
Flanders​
The basic test of freedom is perhaps less in what we are free to do than in what we are free not to do. It is the freedom to refrain, withdraw and abstain which makes a totalitarian regime impossible. Eric Hoffer
OP
F

Flanders said:
Tonight is sink or swim for Jeb Bush; so he has to be looking to stay afloat.
Click to expand...

A quick search of my favorite websites this morning tells me that Jeb Bush blew it last night while Carson was incoherent. Trump was brilliant citing Ike. This excerpt is from a previous thread:


During the 1950s, however, this "Good Old Boy" system changed under Eisenhower – if only for about 10 years.​


In 1954, Ike appointed retired Gen. Joseph "Jumpin' Joe" Swing, a former West Point classmate and veteran of the 101st Airborne, as the new INS commissioner.​
No matter who President Trump appoints, he can expect the same kind of opposition General Swing ran into from Democrats —— NATURALLY.


Influential politicians, including Sen. Lyndon B. Johnson (D) of Texas and Sen. Pat McCarran (D) of Nevada, favored open borders, and were dead set against strong border enforcement, Brownell said. But General Swing's close connections to the president shielded him – and the Border Patrol – from meddling by powerful political and corporate interests.​

How Eisenhower solved illegal border crossings from Mexico​
Standpattism Becomes Catatonia | US Message Board - Political Discussion Forum​
I hope it comes down to Ted Cruz and Marco Rubio:


Ben Carson and Donald Trump still stand atop the polls, but Marco Rubio and Ted Cruz are now the front-runners. Cruz and Rubio both debated brilliantly, and Jeb Bush failed to turn things around.​
POWER RANKINGS: It's now Rubio vs. Cruz
By Timothy P. Carney • 11/11/15 12:25 AM

POWER RANKINGS: It's now Rubio vs. Cruz​
Rubio will not get one vote in the primaries, or in the general election, from Americans who oppose amnesty for illegals regardless of the label Rubio puts on it. So far, Ted Cruz has been consistently right on every serious problem Americans want fixed; whereas, Trump is good on a few issues, but wrong on a few.

Bottom Line: Put up a Right & Wrong scorecard and Cruz hits a hole in one on every issue, while the rest of them end up in the rough too often for comfort.
Flanders​
The basic test of freedom is perhaps less in what we are free to do than in what we are free not to do. It is the freedom to refrain, withdraw and abstain which makes a totalitarian regime impossible. Eric Hoffer
B

You need a day job or something.
Nonessential government worker in training...
OP
F

blastoff said:
You need a day job or something.
Click to expand...

To blastoff: Jeb Bush is toast. So let’s turn to Kasich. 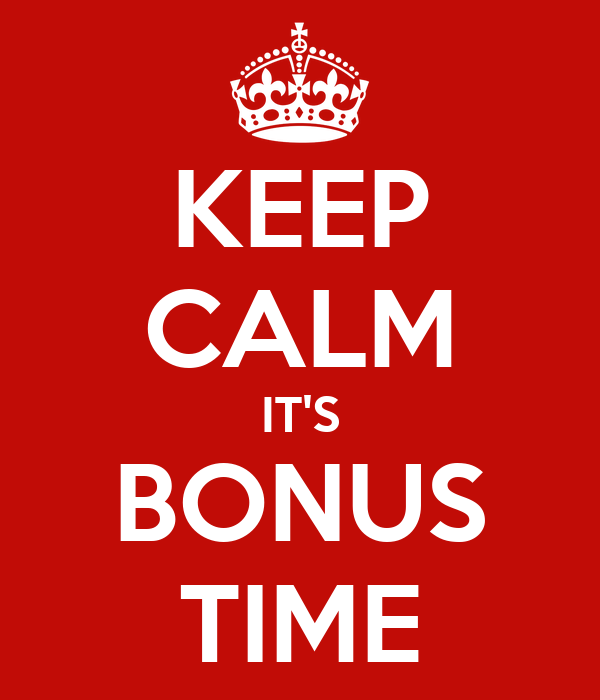 John Kasich was always a presidential joke on the hustle. He delivered his punch line last night. Notice that he wasted no time latching on to the tried and true money-grabbing strategy driving the welfare state —— THE CHILDREN:


When pressed by Maria Bartiromo on whether he would really deport the millions of illegal aliens currently in the country, Trump affirmed that he would, saying "we either have a country or we don't."

"If people think we are going to ship 11 million people who are law-abiding who are in this country, and somehow pick them up at their house and ship them out to Mexico – think about the families," Kasich pleaded. "Think about the children."​

There is not a chance Kasich, or any Democrat, will ever send immigrants back to their homelands.


The governor suggested illegals already here should have to pay a penalty and be allowed to stay, but anyone who tries to enter the country from now on should be sent back. But he trashed the idea of mass deportation.

"Come on folks!" he cried. "We all know you can't pick them up and ship them back across the border. It's a silly argument. It's not an adult argument. It makes no sense."​
Democrats blocked every attempt since 1965 to the tune of today’s tens of millions of illegal aliens; there is no proof that President Kasich will be any different than he is as a governor.

Thankfully, Donald Trump was not intimidated by Kasich’s attempt to lay a lay a guilt trip on everybody who does not fall for “THE CHILDREN” scam.


Trump responded by pointing to the ultimate success of Operation Wetback in the days of President Eisenhower.

Trump invokes Eisenhower on illegal immigration​
Parenthetically, who the hell over at FOX added this crap to the debate menu:


Near the end of the debate, Bartiromo was interrupted when she asked the candidates to compare their records against Clinton. Bartiromo said Clinton has an "impressive résumé," provoking the audience reaction.

The moderator pointed out that Clinton has spent "more time in government than almost all of you on stage tonight."

"Why should the American people trust you to lead this country even though she has been so much closer to the office?" she asked.​
And can you believe that dopey Rubio took the bait:


Sen. Marco Rubio (R-Florida) fielded the question first and praised the inquiry, despite the booing.

"That's a great question and let me begin by answering it," he said to laughs. "This election is actually a generational choice, a choice about what kind of nation we will be in the 21st century."

Maria Bartiromo booed citing Hillary Clinton's résumé - Business Insider​
If Rubio had a lick of sense he would have asked Bartiromo to cite one of Clinton’s actual accomplishments! Not touchy-feely rhetoric, or titles, but a real accomplishment. Bartiromo might have been dumb enough to cite the Arab Spring.

p.s. I do not recall any moderator praising a Republican during the Democrat debate.
Last edited: Nov 11, 2015
Flanders​
The basic test of freedom is perhaps less in what we are free to do than in what we are free not to do. It is the freedom to refrain, withdraw and abstain which makes a totalitarian regime impossible. Eric Hoffer
OP
F

Flanders said:
John Kasich was always a presidential joke on the hustle. He delivered his punch line last night. Notice that he wasted no time latching on to the tried and true money-grabbing strategy driving the welfare state —— THE CHILDREN:
Click to expand...

The joke is wearing thin:

Insufferable: John Kasich Running for President in 2020?
By Arthur Christopher Schaper
May 1, 2017

Insufferable: John Kasich Running for President in 2020?
​
Flanders​
The basic test of freedom is perhaps less in what we are free to do than in what we are free not to do. It is the freedom to refrain, withdraw and abstain which makes a totalitarian regime impossible. Eric Hoffer
You must log in or register to reply here.

Sralin sent KGB agents to Hollywood to kill J. Wayne because of his anti-communist beliefs

Katyn vs. Khatyn: An Illustration of How WWII History Was (and Is) Manipulated for Political Purpose

Why Won’t Trump Show Us The Warrant? Because It Shows His Criming.
7 8 9