Faun said:
They tried and failed. So now they're fixing all the loose ends that screwed them last year.
Click to expand...

Keeping the dumb people from voting will only make America better. The Founding Fathers realized this, that's why they only let the smart people vote.

lennypartiv said:
Keeping the dumb people from voting will only make America better. The Founding Fathers realized this, that's why they only let the smart people vote.
Click to expand...

When Trump declared he loves the poorly educated, he announced who the dumb people are.

Faun said:
When Trump declared he loves the poorly educated, he announced who the dumb people are.
Click to expand...

For some reason the poorly educated understand why we need to invest in a border wall while the "educated" people don't.
C

22lcidw said:
We are done as a nation if the hetero nuclear family is not improved. To bring all of the social justice and more we have increased taxes in reality to the highest per person in history. We are now giving people with children money every month because of this. More and more people are falling behind in living standards. People are getting paid off by the government to make up the loss in real wages. Housing must collapse and apartment rent must be reduced with it to bring some kilter to affordability to the masses of people. This will mess some people up. But who can forget the real villains of the 2008 debacle. May they burn in hell. Government and their social experiments and tinkering destroys many. Many who played by rules and paid their bills in all ways and on time. We are a godless nation now.
Click to expand...

So under your scenario, nothing like that ever happened under your hideous God?

How can you be sure God ever intervened in govt policy? You can't. You're pathetic for even mentioning it. If you wait for God to help, you be dead a million years at least

lennypartiv said:
For some reason the poorly educated understand why we need to invest in a border wall while the "educated" people don't.
Click to expand... 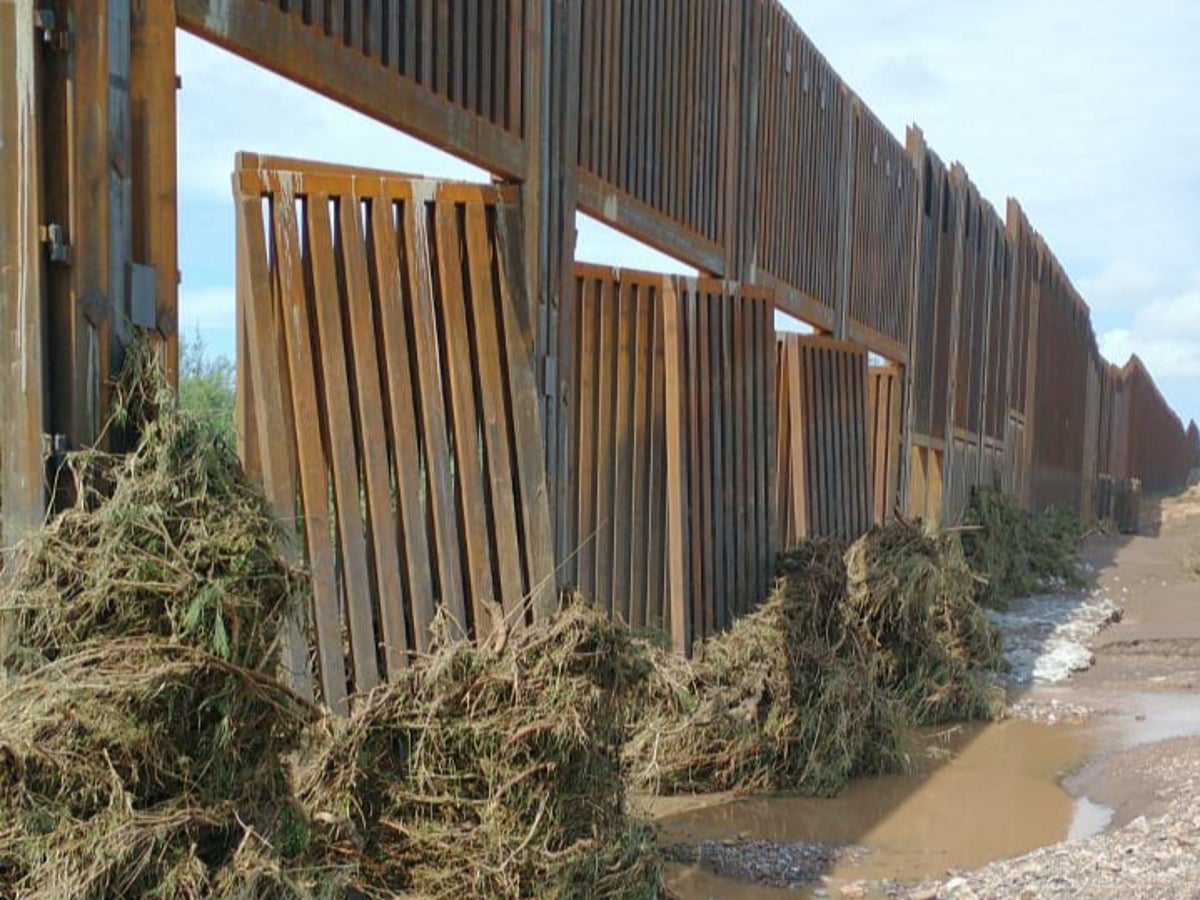 So Biden should spend more money fixing the border wall.

So it's pointed out that something is broken, but Faun doesn't think it should be fixed??

Assuming elections will go the way they are supposed to go, with respect to the 2022 mid-term elections, Senate Minority Leader Mitch McConnell has several problems.

CNN reports, "Mitch McConnell's entire being is -- and always has been -- focused on winning elections. Every move he makes and every thing he says is part of a broader effort to ensure that his side winds up with more seats -- and therefore more control -- than the other guys.

"And, on Tuesday, McConnell made clear that he believes former President Donald Trump's ongoing focus on the 2020 election is decidedly detrimental to the GOP's chances in the upcoming midterm elections."

Asked if he was comfortable with candidates embracing Trump, McConnell said this:

"I do think we need to be thinking about the future and not the past. I think the American people are focusing on this administration, what it's doing to the country, and it's my hope the '22 election will be a referendum on the performance of the current administration, not a rehash of suggestions about what may have happened in 2020."

CNN continued, "That's about as close as McConnell will get to outright refutation of Trump and the strategy, such as it is, that the former president is peddling -- a hard focus on trying to prove (nonexistent) voter fraud in the 2020 election.

"While Trump's continued attempts to re-litigate the 2020 election have been ongoing for months, that effort went to another level in the last week when Trump suggested that unless the last election was overturned, future elections would be pointless."

"If we don't solve the Presidential Election Fraud of 2020 (which we have thoroughly and conclusively documented), Republicans will not be voting in '22 or '24," Trump said in a statement via his Save America PAC. "It is the single most important thing for Republicans to do."

Imagine that. The leader of the Republican Party said that.

Yeah, McConnell has some problems.

House Majority Leader Steny Hoyer officially announced that the full House will vote on Thursday on the contempt of Congress resolution for Steve Bannon after the Jan. 6 committee approved a contempt report this evening.

House Republicans are expected to vote no on the resolution.

Bannon is a private citizen, and Trump fired him from the White House staff three years ago.

Put a different way, the Republican Party officially will support a person who has violated a Congressional subpoena and federal law.

When it comes to the work of the Jan. 5 select committee, both Trump and Bannon are acting very guilty.

McConnell, indeed, has some very serious problems when it comes to the 2022 elections.

Imbecile, how are you going to "fix" people climbing over it? Rebuild higher?

Prosecutors Lost A Fight To Keep A Set Of Jan. 6 Capitol Surveillance Videos Under Seal

An old Trumper speaks out.

B
trump on a 2024 GOP primary vs. Ron DeSantis: 'I'd beat him like I would beat everyone else'

Jun 6, 2021
Leviticus
L
B
Conservative SCOTUS may very well hand Republicans complete control of the government for years to come