Ill-educated Black Lives Matter protesters are on a rampage tearing down monuments of American heroes that they believe owned slaves or were complicit with slavery. Their rage is the consequence of allowing anti-American socialists and communists to ...

www.americanthinker.com
29 Jun 2020 ~~ By Lloyd Marcus
Ill-educated Black Lives Matter protesters are on a rampage tearing down monuments of American heroes that they believe owned slaves or were complicit with slavery. Their rage is the consequence of allowing anti-American socialists and communists to dominate public education for decades. Students have been filled with lies and distortions about American history.
It is good that properly educated adults have taken to the airwaves in an attempt to reeducate the dumbed-down mobs regarding the truth about America and her heroes.
I am a proud and grateful American who happens to be black. And frankly, I do not care who did or did not own slaves. What difference does it make that our founding fathers and other heroes were not perfect their entire lives? Descent people learn, become more enlightened and evolve throughout their lives. I cringe thinking about bad things I believed, said and did in my youth. Should my entire life be canceled? The Bible speaks of repentance and redemption.
The bottom line is that the flawed human beings who founded America created something extraordinary and wonderful based upon biblical principles. Eventually, slaves were freed, a black man was elected president and Oprah, a black woman, has earned $2.6 billion. America is the greatest land of opportunity on the planet for all who choose to pursue their dreams. Now, can we please move on? Leftists are hellbent on keeping us stuck in the ancient past.
It is absurd to pander to ignorant, pampered spoiled brats who demand that every extraordinary “white person” who founded and built our exceptional country be purged from history because they were not saintly enough to walk on water.
~~Snip~~
Alexis de Tocqueville said he sought to discover the greatness and genius of America. He concluded that “America is great because America is good...” I say, “Amen brother.”
Throughout American history, there were decent whites who risked it all to liberate blacks. BLM and their fake news media partners want blacks to believe white America is obsessed with scheming 24/7, concocting new ways to suppress and murder them. Insidiously, they want blacks to believe that in order to keep eternally racist white America at bay they must remain loyal to voting for Democrats.
Not only do leftists ever celebrate self-empowered and disciplined black achievers, they despise and campaign to destroy them. Insultingly, fake news media has a history of manipulating blacks into embracing thugs and career criminals as heroic icons; Michael Brown and Trayvon Martin to name a few.
~~Snip~~
Leftists are hellbent on instilling the lie in this country's blacks that we are not a part of the American experience; that we are somehow forever victims in a strange land which is not our home.
I feel no longing for Africa. My homeland is Baltimore, Maryland where I grew up enjoying Cal Ripken Jr., the Orioles, and the best crab-cakes on the planet. I could not care less who did or did not own slaves a ga-zillion years ago.

Comment:
Kudos to Mr. Marcus for an exemplary article. It may be instructive to note however that those behind BLM have publicly announced that they are trained Marxists who want to destroy capitalism and overthrow the government in favor of a Marxist one party nation. Note also that most or all of them in the demonstrations are white. So BLM is not about black lives at all, it's about the communists taking their shot.
It's not about slavery as we are being told. Anyone with a modicum of intelligence will agree that slave has existed sine time immemorial and is still strongly practiced in Sub Saharan and Islamic countries.
No one heard from #BLM when Yzadi girls or Christian girls were captured by ISIS and Boko Haram as sold into slavery. 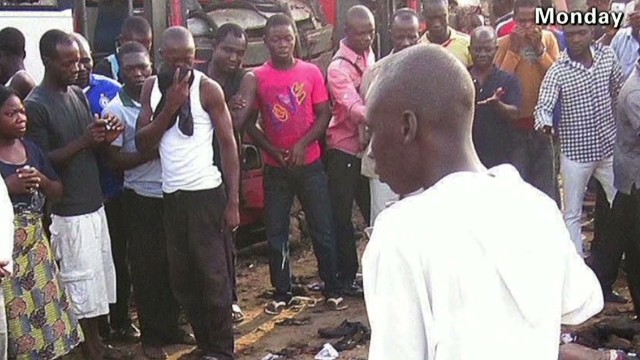 As many as 200 girls abducted by Boko Haram, Nigerian officials say - CNN

As many as 200 girls were abducted from a school in northeastern Nigeria by heavily armed Boko Haram Islamists who arrived in trucks and buses, officials said. 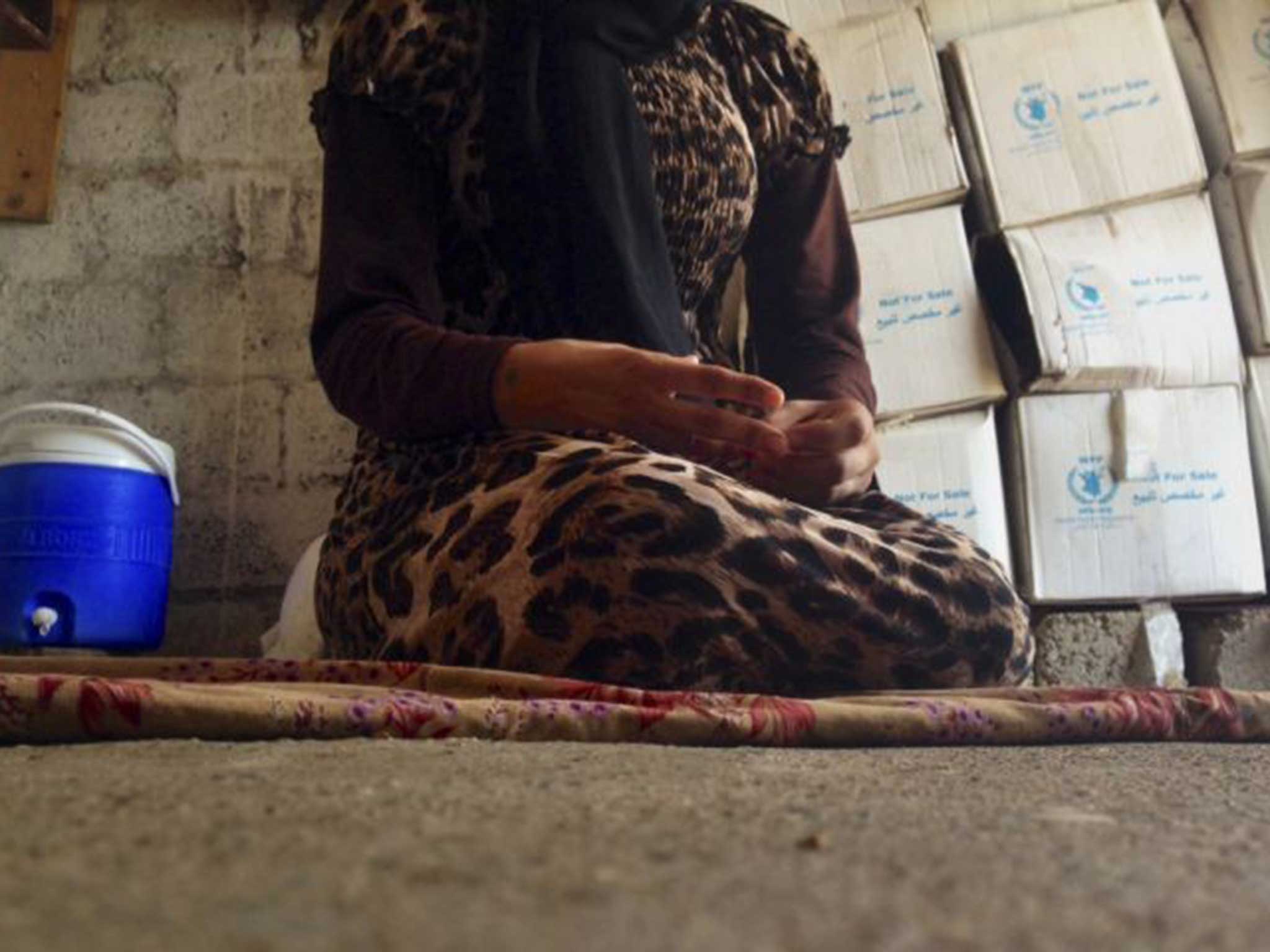 Isis justify capture and sexual enslavement of thousands of Yazidi

In the end I guess it's all about themselves and no one else, therefore we can only conclude that #BLM is racist to it's core.....

A boogeyman that lives under the bed of every "God-fearing white woman in Merka".

Just admit your "people" are as dumb as rocks and the reason? Because of democrats that rule and run the education system in the big cities.

A boogeyman that lives under the bed of every "God-fearing white woman in Merka".
Click to expand...

Sorry, you just described the imaginary boogaloo boogie woogie man and white supremacist that live under the bed and in the head of every regressive.
OP

Ask Obama that question..... He can define that pretty well by his friend and mentor Frank Marshall Davis. 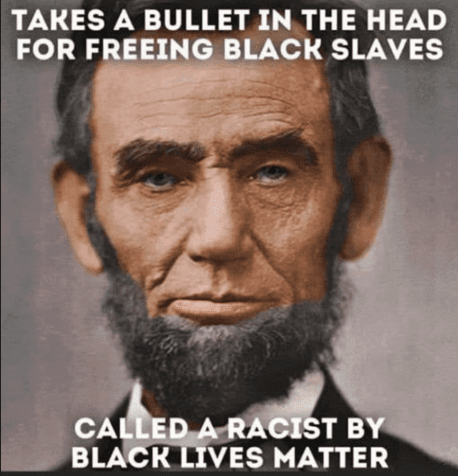 Doc7505 said:
It Doesn't Matter Who Did or Did Not Own Slaves
Click to expand...

Let's make this easy. Slavery existed for thousands of years and still goes on today. We didn't invent it, and we didn't end it. Blacks owned slaves. Every conquering nation since the last ice age enslaved others. The great wonders of the world were built on slave labor. Many slaves were even born into it and some were treated well! Maybe better than if they were back in Africa. You just don't know because YOU WEREN'T THERE and it was SO VERY LONG AGO.

BOTTOM LINE: it is simply just as disingenuous to judge others you never met from a time long before you were ever born by a standard of living you never lived through that didn't even exist in their time than it is to call people who rode horse and buggy cruel to animals when the automobile hadn't been invented yet!
OP

Notice that the Leftist of these boards have ignored real issues like this. They'd rather claim that it's those white supremacists that are the cause of the problem, not their slave holders in plantation Blue cities that "Have ya'll in Chains". ala Joey B....

The real issue is white racism because republicans sit on city councils and run city agencies. Republicans run for mayor in these places and lose elections so this meme of blue cities and plantations is an irresponsible dodge.

And then there is the purposeful dodge of 37 state governments controlled by republicans that impact many of those cities.

Slavery has been over for 155 years and whites in America implemented laws, policies and practices since slavery that are racist. So limiting this only to slavery is another irresponsible dodge.
You must log in or register to reply here.

By Destroying History, Liberals Make an Example of Themselves

A moment ago
ColdSteelCharlie
C

A moment ago
Scamp

CDZ Has anyone here contracted covid19?