Illegal Alien: 'I Assaulted A Border Patrol Agent Because I Mistook Him...For A COW'.

I AM JUST WAITING FOR SOME SNOWFLAKE TO SAY THE REASON BRYAN TERRY WAS MURDRED WITH ONE OF THE WEAPONS OBAMA SOLD TO MEXICAN DRUG CARTELS WAS ONE OF THE CARTEL MEMBERS BECAME DISORIENTED WHILE ESCORTING ILLEGALS TO THE BORDER, WAS STARTLED BY THE APPROACHING SOUND OF USBP AGENTS, MISTOOK TERRY FOR A COW, AND SHOT HIM..... 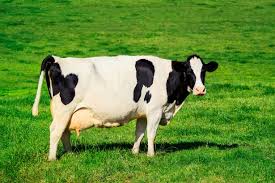 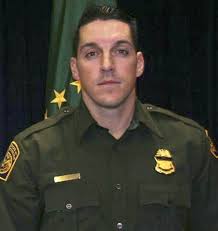 What is more disturbing....

1. ANOTHER violent criminal illegal was caught trying to illegally enter the US...

2. This criminal illegal is so stupid that he can't tell the difference between a COW and a Human Being...

...perhaps he was trying to show AOC and her fellow Climate Nazis that he hates cows as much as they do, and that if he is allowed to enter and stay in the US he will sign on to their Anti-Bovine Flatulence Task Force to help them 'wage war against cow farts'?!

Cow farts, green new deal, only a Democrat would know what this idiot was thinking? But who knows, he might even have a shot at becoming the next representative from Minneapolis.
W

Call PETA. Their punishment would be much more appropriate than letting Democrats give him an award. Poor Cow.
OP

Photos have just been released that sheds more light on this story. It turns out Lopez-Hernandez was a member of the sport of Mexican Underground Luche Libre Bovine Wrestling... 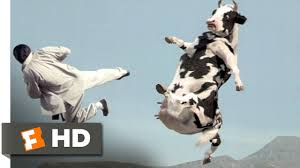 ...and he wasn't very good. He was hospitalized for 5 weeks after losing his last fight to the current Luche Libre Bovine Wrestling Champion, 'Udder Madness'... 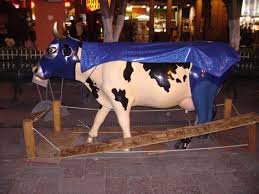 I AM JUST WAITING FOR SOME SNOWFLAKE TO SAY THE REASON BRYAN TERRY WAS MURDRED WITH ONE OF THE WEAPONS OBAMA SOLD TO MEXICAN DRUG CARTELS WAS ONE OF THE CARTEL MEMBERS BECAME DISORIENTED WHILE ESCORTING ILLEGALS TO THE BORDER, WAS STARTLED BY THE APPROACHING SOUND OF USBP AGENTS, MISTOOK TERRY FOR A COW, AND SHOT HIM.....

Hell the BP agent should have shot him in the head and saved we tax payers the cost of keeping his stupid ass in prison.

This is by far the most ridiculous defense I have ever heard of and I am a 79-year old man with a JD (doctorate in law) who passed the Bar. The defense his legal team came up with was laughable. This incompetent legal team pursued this silly argument in spite of the following facts:

“At trial, the defendant’s attorneys attempted to convince the court that Lopez-Hernandez did not mean to assault a Border Patrol agent. Instead, they claimed Lopez-Hernandez mistook the agent for a cow. 'The judge was not persuaded,' KVUE reported.”

“Lopez-Hernandez was attempting to illegally cross the border when a Border Patrol agent spotted him. The agent attempted to apprehend the illegal alien, at which point the two struggled. Lopez-Hernandez managed to get hold of the agent's flash light that was clipped onto the agent.

“When the agent attempted to apprehend Lopez-Hernandez, he took the flashlight that was attached to the agent's vest. He threatened the agent and before striking him over the head with the flashlight.”

Illegal Alien: I Assaulted A Border Patrol Agent Because I Mistook Him...For A Cow

These incompetent lawyers didn't think the judge would know that (1) cows don't carry flash lights; (2) cows don't wear uniforms; (3) there are no similarities between the appearance of a cow and a man; and (4) you cannot struggle with a man all the while believing he's a cow! These idiots should be ashamed of themselves for offering such an irrational defense.

Perhaps at 1,000 yards at twilight a cow could look somewhat like a man if she stood completely upright on her hind legs; however, cows don't do that. At any rate the killer wasn't 1,000 yards away; he was right on top of the agent. I am reasonably certain that even AOC would agree that if you're close enough to beat a man over the head then you are certainly close enough to know he's not a cow.

One last thing: I am convinced that everyone who has ever posted on this forum, including those who never went to law school, could come up with a more believable defense than what his attorneys tried to sell. It's no wonder that attorneys are often viewed with disdain.
You must log in or register to reply here.

Spanish: Offficial Language of the US?