I think his goose is cooked: Kerry dead last in poll

John F. Kerrys dead-last ranking in a poll of 2008 White House contenders has pundits saying hes down for the count, but the beleaguered senators camp insists hes still in the fight - and thats no joke.

The Quinnipiac University popularity rankings - based on interviews with 1,600 voters - come as Kerry struggles to recover from his botched attempt at humor when he made a reference to soldiers serving in Iraq.

Kerry ranked 20th out of 20 politicians, lagging far behind a slew of Democrats expected to seek the partys 2008 nomination.

Kerry received a dismal average score of 39.6 out of a possible 100 in the poll.

The veteran senator and former Democratic nominee was even outpaced by a Bay State novice on the presidential trail, lame duck Gov. Mitt Romney, who is expected to seek the Republican nomination. Romney was 13th on the favorability list.

Obama scored second only to former New York City Mayor Rudy Giuliani, who has already announced he will explore a GOP presidential run.

The poll is the latest bad news for Kerry, who has been on a steady decline since nearly pulling off the 2004 presidential election. He suffered yet another setback a few weeks ago when he infuriated military families by cracking that students should stay in school or risk getting stuck in Iraq. He later apologized, saying the intended target of his ill-fated zinger was President Bush, not the troops.

I think his goose is cooked, John Norton, a retired political science professor at Pennsylvanias Lebanon Valley College, said of Kerry. He wasnt in a strong place to begin with and then his reaction to his most recent gaffe nailed the coffin.

But Kerry aide Amy Brundage downplayed the survey findings, saying, Polls taken two years before an election arent worth the paper they are printed on.

Hell make his decisions about the future based on the issues, not on meaningless polls, Brundage said.

As for Romney, Norton expects the Bay State governors clean image to spur momentum as he gains more national exposure.

I wouldnt be surprised if he moved up in these type of rankings, Norton said. Hes kind of well-positioned to be more of a front-runner - in the top five.
http://news.bostonherald.com/politics/view.bg?articleid=169347 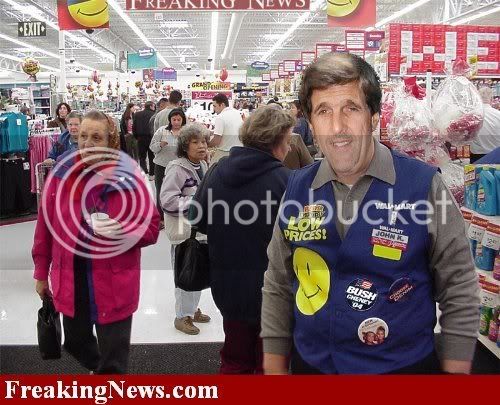 Well for one thing it is way too early to hold this poll to any authority. After the 08 elections and that poll is put out again and it shows Kerry and Clinton tied for last then I'll believe it's official:
OP

90K said:
Well for one thing it is way too early to hold this poll to any authority. After the 08 elections and that poll is put out again and it shows Kerry and Clinton tied for last then I'll believe it's official:
Click to expand...

I know this next one isn't hilleeeery....but, maybe she COULD turn the damn paper right side up??? 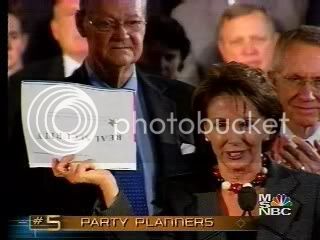 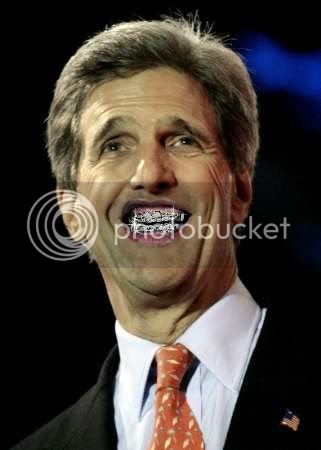 Polls to me are like turlet paper, they have one purpose......But it keeps the media going so it has another purpose

90K said:
Polls to me are like turlet paper, they have one purpose......But it keeps the media going so it has another purpose

I like the economic polls better they view a wider area and give about the same information.
You must log in or register to reply here.

Do you think Joe Biden's sparkling intelligence and great oratory skills are the reason that eighty-plus million citizens voted for him?
2 3

Trump Supporter Charged Over Biden Threats, Vowed to 'Go Out in Blaze of Glory'

NHS fails to save life of Islamic bombing victim...failing in the most basic emergency care procedures...
2

Democrats Have Finally Exposed Their True Nature To Everyone.....What Are We Gonna Do About It?

M
Anyone listen to Canada Talks on SiriusXM?