How To Recognize Insanity In Your Political Preference.

PoliticalChic said:
1. By now, any individual with more than two cerebral neurons to rub together recognize not only that the Demorat Party is certifiably insane....but....and this is significant......they believe (I purposely avoided the term 'think' in this connection) that they will have no trouble getting their supporters to be just as insane.

2. And…if you had the slightest doubt that they are insane, Democrat candidate for President, Julian Castro, definitively stated “he wants “trans women” to have access to “women’s reproductive rights,”abortion, as well.
Trans women or, as some would call them, men, cannot actually have an abortion as their bodies cannot be pregnant.” According To Julián Castro, 'Trans Women' (Also Called Men) Have The Right To Abortion


3. “A few notes for attendees: 1. Please try to be as inclusive as possible in your language. Women and girls are not the only people who can get pregnant and need abortions." This is my fav: the Democrats are the party of science.....but they know that men can be pregnant, and need abortions, too. 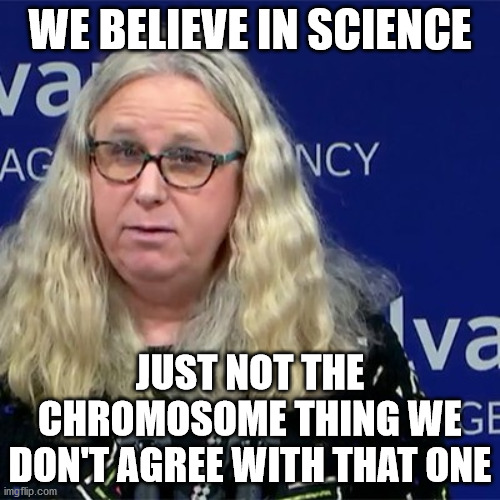 5. Check out the headline in the Washington Post,......…not a newspaper, rather a series of press releases typed up at the behest of their party, the Democrats.

By Amy Goldstein
and
Dan Keating


Democrats......can you remind me again about you being the party of science?????
Click to expand...

Guess who else bragged about an electoral victory.

On March 12, 1938, Hitler’s troops rolled over the border from Germany, into Austria. This was the Anschluss, the annexation of Austria into Greater Germany. Three days later, Hitler entered Vienna, greeted by an enthusiastic crowd of up to one million people. A plebiscite was held in less than a month, 10 April 1938, and 99.7% of Austrians voted to join the Third Reich.

This poster proves exactly what I've said of the Wehrmacht......er, Democrats: they are the current version of the Good Germans of the 30s and 40s.
People are most conservative on issues that they know most about. --Ann Coulter
You must log in or register to reply here.

NH Gov Chris Sununu: I don't think Trump’s so crazy that you could put him in a mental...

Addendum To The Test Of Mental Competence.

Just A Reminder Of What You Vote For.....

They Simply Speak For Publication....

This Is The Democrat Party Today

Lantern Lighting at Green Lake in Seattle To Commemorate The U.S. Bombing of Hiroshima
8 9 10

Mike Tyson vs. Muhammad Ali: Who would win?
2 3

Just Who Do You Think They're Targeting?