How to end poverty and end crime all in one swoop

XponentialChaos said:
…so how do you put fathers back in the home?
Click to expand...

Solve simple poverty on an at-will basis in our at-will employment States so there is an economic opportunity cost to consider.
Click to expand...

Then how do you solve poverty?
Click to expand...

Renovate Ellis island and build a world class research facility on it.

There is no provision for excuses in our federal doctrine.
OP 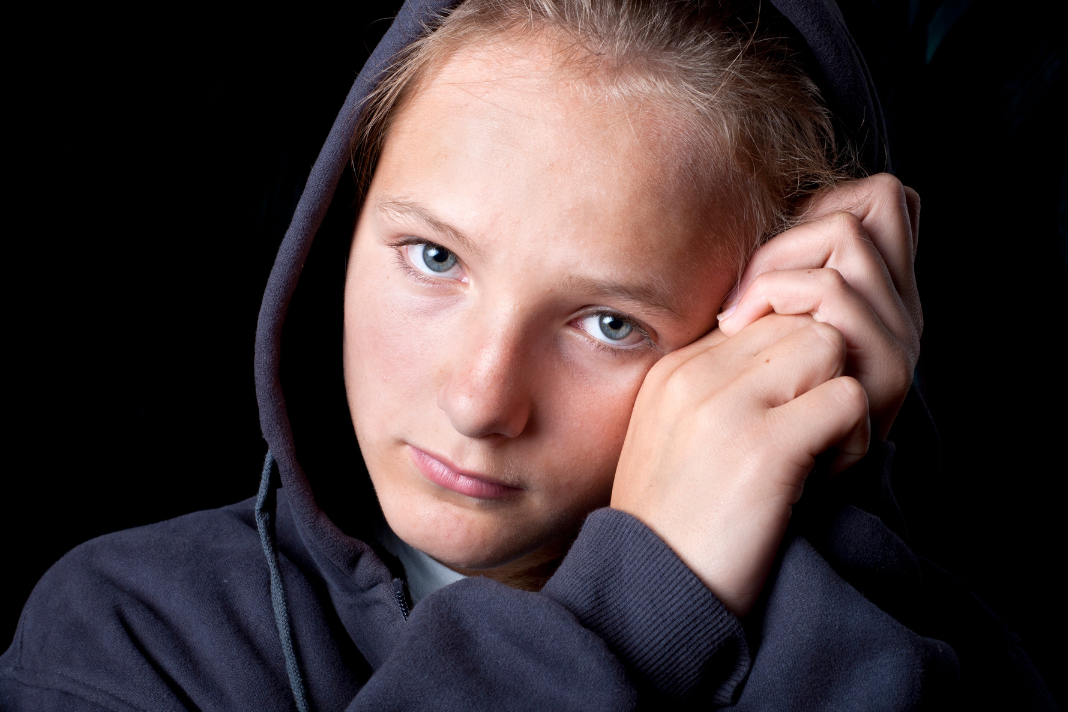 In the United States, there are more than 64 million men who identify themselves as being a father. Out of that figure, only 26.5 million men are part of a home where they are married to a spouse a…
lifeisbeautiful.org

Put fathers back in the home.

No amount of government money being thrown at this will fix it. And yes, when it says fathers it means BIOLOGICAL fathers.

#1. 85% of youth who are currently in prison grew up in a fatherless home. (Texas Department of Corrections)

#2. 7 out of every 10 youth that are housed in state-operated correctional facilities, including detention and residential treatment, come from a fatherless home. (U.S. Department of Justice)

#3. 39% of students in the United States, from the first grade to their senior year of high school, do not have a father at home. Children without a father are 4 times more likely to be living in poverty than children with a father. (National Public Radio)

#4. Children from fatherless homes are twice as likely to drop out from school before graduating than children who have a father in their lives. (National Public Radio)

#6. Girls who live in a fatherless home have a 100% higher risk of suffering from obesity than girls who have their father present. Teen girls from fatherless homes are also 4 times more likely to become mothers before the age of 20. (National Public Radio)

#9. Children who live in a single-parent home are more than 2 times more likely to commit suicide than children in a two-parent home. (The Lancet)

#10. 72% of Americans believe that a fatherless home is the most significant social problem and family problem that is facing their country. (National Center for Fathering)

#11. Only 68% of children will spend their entire childhood with an intact family. (U.S. Census Bureau)

#12. 75% of rapists are motivated by displaced anger that is associated with feelings of abandonment that involves their father. (U.S. Department of Justice)

#13. Living in a fatherless home is a contributing factor to substance abuse, with children from such homes accounting for 75% of adolescent patients being treated in substance abuse centers. (U.S. Department of Justice)

#14. 85% of all children which exhibit some type of a behavioral disorder come from a fatherless home. (U.S. Department of Justice)

#15. 90% of the youth in the United States who decide to run away from home, or become homeless for any reason, originally come from a fatherless home. (U.S. Department of Justice)

#16. 63% of youth suicides involve a child who was living in a fatherless home when they made their final decision. (U.S. Department of Justice)

#19. Within the African-American/Black community, about 2.5 million fathers live with their children, while 1.7 million fathers are not living with them. (Huffington Post)

#22. 25% of children are the age of 18 are currently being raised without the presence of a father. Around 50% of single mothers have never married. 29% are divorced. Only 1 in 5 are either separated or widowed.

#23. In single-mother households, 50% involve just one child. 30% of single mothers are raising two children on their own. (U.S. Census Bureau)

#24. 27% of single mothers were jobless for the entire year while taking care of their children. Only 22% of those who were out of work were receiving unemployment benefits at the time. (U.S. Census Bureau)

#27. In the United States, Mississippi has the highest number of fatherless homes, with 36% of households falling into the category. Louisiana comes in second at 34%, while Alabama is third at 31%. (U.S. Census Bureau)

#28. Children who live in a fatherless home are 279% more likely to deal drugs or carry firearms for offensive purposes compared to children who live with their fathers. (Allen and Lo)

#29. 92% of the parents who are currently in prison in the United States are fathers. (Glaze and Maruschak)

#32. 43% of fathers do not see their role as something that is important to their personal identity. 54% of fathers in the U.S. say that parenting isn’t enjoyable all of the time. (Pew Research)

#33. Even in homes with fathers, the modern dad spends only 8 hours per week on child care, which is 6 hours less than the modern mom. On the other hand, 43% of the modern dad’s time is spent with paid work, compared to 25% of the time for the modern mom. Dads are spending 3 times more time with their kids than dads did in 1965. (Pew Research)

#34. Only 5% of households in the United States say that the ideal situation is to have the mother work and the father stay home to take care of the children. (Pew Research)

#36. 70% of adults say it is equally important for a newborn to spend time bonding with their father and their mother. (Pew Research)
Click to expand...

There are four high level ways to improve the situation:

A. What are we supposed to do about drug abuse, especially considering the left supports & sponsors it? That's a HUGE problem.

B. Like you say, put fathers back in the home. But today we reject responsibility supported by Democrats.

C. Put discipline back into the school system.

A) Drug abuse is a real killer. Drugs that are flowing across the border is a large part of the problem, as well as how drug dealers are treated once caught.

There is no real war on drugs, there never has been and neither side of the political isle seems to want to do anything about it, other than Trump trying to build a border wall all by his lonesome.

B) How do you get people to embrace morality? What you should do is reject groups like BLM who is at war with the traditional family and place no value on fathers in the home. Being a person of faith, I don't see how the populace will embrace the morality needed to put fathers back in the home without embracing Biblical morality once again. Everyday American drifts farther and farther away from dads in the home as well as increasingly secular, I am proven correct. The driving force behind this is government, academia and the media driving people away from God. Whether it is an orchestrated effort is besides the point.

C) Children are being taught discipline, that is, to bow to PC. Other than that, they are being taught to act like wild animals. They took prayer out of the schools in the 60's and then wondered why kids started shooting up schools in the 80's. Morality is perhaps the most important thing to teach children, and the one thing that is most lacking in public education.

D) Leftists are like roaches. I once stepped on a roach and thought I had killed it. Hours later I walked back and realized that all I had done was step on him, but not killing him. I had only smashed half his body in the ground and I watched in horror as his other half ran in circles around the part that was smashed to the ground. Leftism is akin to the law of entropy in that everything around us deteriorates and falls apart. There is no stopping it, rather, just delaying the inevitable I think should be the goal.
Why nationalize industry when you can nationalize the people?

Requiring a work ethic and a job in an at-will employment State is repugnant to the whole and entire concept of employment at the Will of either party.

At-will employment is generally described as follows: "any hiring is presumed to be 'at will'; that is, the employer is free to discharge individuals 'for good cause, or bad cause, or no cause at all,' and the employee is equally free to quit, strike, or otherwise cease work."--https://en.wikipedia.org/wiki/At-will_employment

Solving simple poverty could be as simple as the concept of employment at the will of either party can make it; since recourse to a market friendly income of last resort can be made available via equal protection of the law and in a manner that helps automatically stabilize our economy under our form of Capitalism.
Last edited: Jun 16, 2021

Location
North beyond the Wall

An epidemic of Fatherless homes is result of decades of substituting the Nanny State for fathers in the home. Congratulations to the left on fostering YET ANOTHER negative unintended consequence with your experiments in social engineering.

NightFox said:
An epidemic of Fatherless homes is result of decades of substituting the Nanny State for fathers in the home. Congratulations to the left on fostering YET ANOTHER negative unintended consequence with your experiments in social engineering.

How did you reach that conclusion? Why do you believe enabling more rational choices and market based participation under our form of Capitalism would not enable a higher standard of living.

Grampa Murked U said:
Blacks don't need us to do anything for them. THEY need to assume responsibility for their lives and those they create. They need to take responsibility for the cultural rot that has consumed their neighborhoods. Stop listening to demeaning music around their children. Stop letting the "village" raise their children. Stop supporting democrats. Etc...
Click to expand...

But if they start assuming personal responsibility they won't need the Democrat Party to give them welfare and tell them they are victims. That means there will probably never be another Democrat elected in the US.
You must log in or register to reply here.

Remember when the American pravda claimed Trump took the china flu lightly? And blamed Trump for...

Psychotic mass killings are a tactic the government is using to take away your guns.
2 3

When It Comes To Herschel Walker; Wait, There's More
5 6 7

You Call Me A Racist because I Disagree With You!
2 3

The 'Classified' Documents DOJ / FBI Raid Targeted ARE ALREADY UNCLASSIFIED...& They Knew It
11 12 13