How Marxist Moscow (Bolshevik) gang did fix a problem with invalidated WW2 veterans on the streets ?

How Marxist Moscow (Bolshevik) gang fix a problem with invalidated WW2 veterans on the streets ? answer is - executions and GULAG fixed it

"
In the early 1960s, a Moscow shoemaker Ivan Rumyantsev, a disabled war veteran, was a guest on a radio program devoted to military topics. He reached Berlin as an ordinary soldier and was wounded in the head in the last battle of the war, during the assault on the Reichstag. Once in front of the microphone, Ivan suddenly burst into tears. And then he said: "I didn't think that I would live to see such a day. After all, the whole country would listen to me. And all these years, five of us live in a room of 15 square meters in the basement ... Wherever I poke, they drive everywhere: Well, I fought! Well, I received awards. . What else do you want? "

In the USSR, people with disabilities were not particularly ceremonious before the war. Just remember the "Case of the Leningrad Society of the Deaf and Dumb", who were accused of creating a "fascist-terrorist organization." In total, 54 people were arrested, 34 of them were shot, 19 were sent to the camps. This case was initiated by the then head of the Leningrad department of the NKVD Leonid Zakovsky. In 1938 he was transferred to Moscow. At that time, a lot of disabled people gathered in Moscow prisons. Zakovsky, as they say, offered to deal with them in a simple way: "In Leningrad, we just issued them for execution, and that's all. Why bother with them in the camps?"
View attachment 67341170
After the Great Patriotic War, the army of disabled people was replenished by veterans who returned from the front with injuries and contusions. Nobody knows exactly how many there were. According to official figures, there are about 2.5 million people. But, most likely, more. Having lost their arms and legs, often having no support other than a small pension, many of them drank themselves into drinking and began to beggar. The Soviet state, taking measures to combat beggars, offered many of these disabled people to move to special homes for disabled veterans of the war, opened on Valaam, in Goritsy. Gradually, beggars and disabled people disappeared from the streets of Soviet cities - someone went to a boarding school, someone settled at home. They disappeared, including with the tacit consent of society.

The 1980 Summer Olympics were held in Moscow, but the USSR refused to hold the Paralympic Games, citing the absence of disabled athletes in the country. The phrase "There are no disabled people in the USSR", said at a press conference, went down in history. This was the title of a book published in 1986 by a dissenting invalid Valery Fefelov, who was in forced emigration to the Federal Republic of Germany. "There are no disabled people in the USSR!" - a kind of "Gulag Archipelago" about the misadventures of people with disabilities in Soviet hospitals and other public places."

As usual, another lie from a patent scoundrel.
"Capitalism is an exceptional belief that the activities of the most vile scum, driven by the most base motives, will somehow be for the benefit of everyone" (c) John Maynard Keynes
P

Ringo said:
As usual, another lie from a patent scoundrel.
Click to expand...

What makes you think it is a lie?
OP

Persuader said:
What makes you think it is a lie?
Click to expand...

"There Are No Invalids in the USSR!" A Missing Soviet ...​ 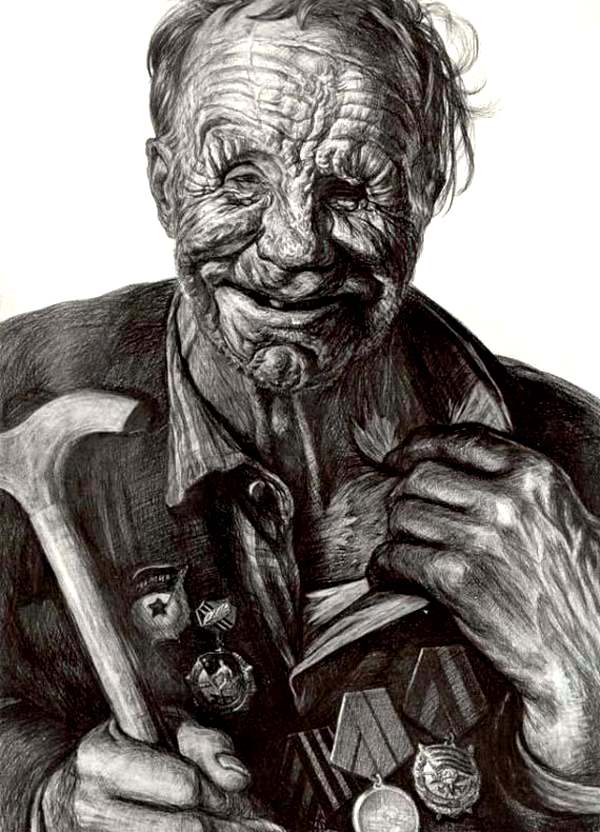 by SD Phillips · 2009 · Cited by 158 — Under Stalin, the Soviet state's approach to dealing with citizens ... know how many disabled war veterans were living in the Soviet Union after the war.
You must log in or register to reply here.

'They had nothing': Polish museum honours European slaves of Moscow Bolshevik Marxist gang

Ted Cruz: Starting today, I no longer accept money from any corporate PAC. I urge my GOP colleagues to do the same.

What can democrats do for the country?

Kyle Rittenhouse should be awarded a congressional medal...
7 8 9