How about another stimulus check to fix the problems Biden created?

edthecynic said:
Look how you have to stretch what Mock Lyin' said to turn his LIE into something else!
We were hardly the cops of the world in 1848!!!!!
Click to expand...

toobfreak said:
I think we need more like an EMERGENCY CARDIAC LIFESAVER check at this point after 10 months of Joey Biddum.

Is that anywhere in the democrap's package?

I'm holding out. I want a deal at least as good as what Joe gave the Taliban.
Click to expand...

I think the real problem here is they don't want to stop this, in fact it was well planned all along. Why would you pay people to stay home when vaccines have been out for a month, jobs are opening back up, and your state unemployment is more than enough to get you by until you find other work? The only thing that makes sense is you want this labor and supply shortage along with inflation, because that's the only thing that could be accomplished.

After America is totally aggravated, the commies will say "see! we need these illegals here to do the jobs Americans won't do, even though it's we Democrats that did it!" We need to make these millions of new invaders legal!

Everyone knows it is consistency that matters.

The better answer is telling people to go back to work, and to stop using covid as a excuse to not live your life.

Resnic said:
The better answer is telling people to go back to work, and to stop using covid as a excuse to not live your life.

Nobody takes right-wingers seriously about economics.

Ray From Cleveland said:
Did I say that you illiterate commie?
Click to expand...

Yes you did, you LYING POS NAZI,

Ray From Cleveland said:
Since that time the USA became the world police for freedom and democracy.
Click to expand...

Accuse your opponents of what you are at present doing. Rush Limbaugh
You know, when you are a messiah, when you have a messianic attitude about yourself,
nobody's supposed to doubt you. Rush Limbaugh
Don't doubt me. I say it, you believe it. That's the rule here. Rush Limbaugh
The power of accurate observation is commonly called Cynicism
by those who have not got it. George Bernard Shaw
Cynics regarded everybody as equally corrupt...
Idealists regarded everybody as equally corrupt, except themselves.
Robert Anton Wilson
Idealism is what precedes experience; cynicism is what follows. David T. Wolf
​
OP

Resnic said:
The better answer is telling people to go back to work, and to stop using covid as a excuse to not live your life.

The unemployment stopped but they continue to hand out goodies to keep people home. Dementia just raised food stamps by 38% which is the highest it's ever been raised since the program was started. And then there is this: 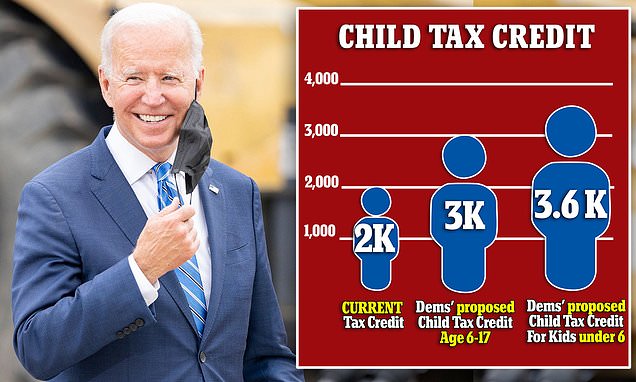 A new study released on Friday shows Democrats' $3.5 trillion Build Back Better plan may not be as impactful on working families as the Biden administration claims.

Nobody stopped capitalists from raising wages until supply meets demand under Capitalism.
You must log in or register to reply here.

Virginia Democrats Voted to Allow Schools to Refrain from Reporting Sexual Battery in 2020.

Oct 4, 2021
merrill
M
M
CDZ WE the people have a significant number of rights that should not be violated
8 9 10

Biden wants stimulus checks to keep coming next year, because, you know, we need to keep people away from work!
2 3

A moment ago
Leviticus
L