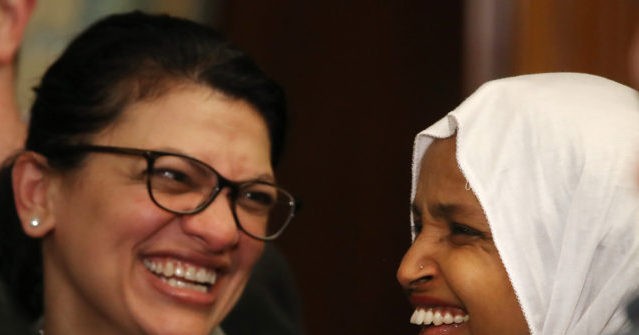 The far-left Democrats forced out provisions to fund Israel's Iron Dome from the continuing resolution, according to reports.

www.breitbart.com
21 Sep 2021 ~~ By Jacob Bliss
The far-left Democrats forced out provisions to fund Israel’s Iron Dome from the continuing resolution (CR) that would keep the government funded and raise the debt ceiling, according to reports.
According to Army Technology, “Iron Dome provides defence[sic] against short-range missiles and rockets which pose a threat to the civilian population,” such as those fired from Gaza earlier this year.
Due to there not being enough votes to pass the CR as a result of pushback from far-left Democrats, a Politico reporter claimed that House Democrats were forced to remove the Iron Dome provisions to pass the measure.
Before the provisions were taken out, reports confirmed that far-left Democrats told the Democrat leadership they would not vote for the bill if it included the $1 billion funding for the Iron Dome, which caused the Rules Committee to go into recess.

​
The CR has been revised with the Iron Dome provision taken out.
The far-left members leading this effort have been Reps. Alexandria Ocasio-Cortez (D-NY), Ilhan Omar (D-MN), and Rashida Tlaib (D-MI). House Speaker Nancy Pelosi (D-CA) cannot have any opposition in her party if she hopes to pass anything due to her thin majority in the House.
Pelosi has already been facing opposition from the Republicans, who have said they will not vote from the CR due to the provision to raise the debt ceiling in the bill.
Rep. Pramila Jayapal (D-WA), the head of the far-left Congressional Progressive Caucus, will reportedly meet with Pelosi on Tuesday.
There was funding in the bill to replace the missiles used from the Iron Done in May from the Hamas attack on the Jewish state. Bloomberg reported the Defense Department asked in a classified supplemental request of $1 billion.

Comment:
Israel was totally abandoned by the USA the very moment that the Progressive Marxist/DSA Democrat Leftist coup d' etat by against President Trump succeeded.
It's truly a pity that so many Jews in America are proud Democrats the antithesis of the State of Israeli. Unfortunately these are the same Jews who are so far Left that they're now Holocaust Deniers.
The PM/DSA Democrat Left Party bosses are enemies of America, Christianity. and now they’re anti-Semites too.
The “Enemy Within” Is far more dangerous to us then our external enemies.
We must defeat the enemy within. And fast!
Click to expand...

Somehow, I don't think Israeli defense (much less the country as a whole) will be left penniless. Observe and learn:

www.everycrsreport.com
Sometimes you stop and think....and THAT'S too much for you!
- Redd Foxxe
S

You mean the guys who attacked the Mosque?

surada said:
You mean the guys who attacked the Mosque?
Click to expand...

I notice you don’t address these issues at all.
Progressives are boring
You must log in or register to reply here.

Oct 5, 2021
Iamartiewhitefox
I
J
Where Is The Master Legislator McConnell?

Capitalism is NOT Democratic: Democracy is NOT Capitalist
50 51 52