eddiew37 said:
Bri you supported this


rump failures and bankruptcies were the best.​ 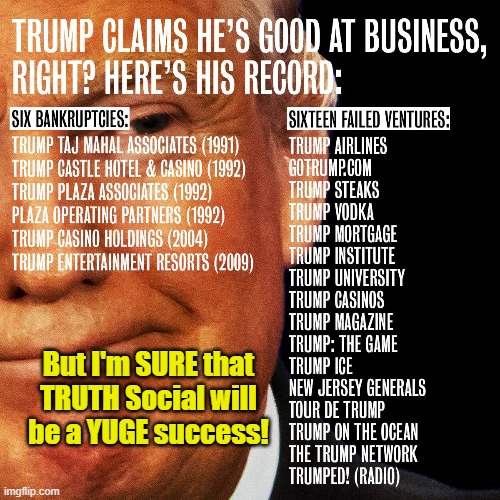 and if you listed his successes and were honest about it.....they WOULD DWARF THAT LIST. 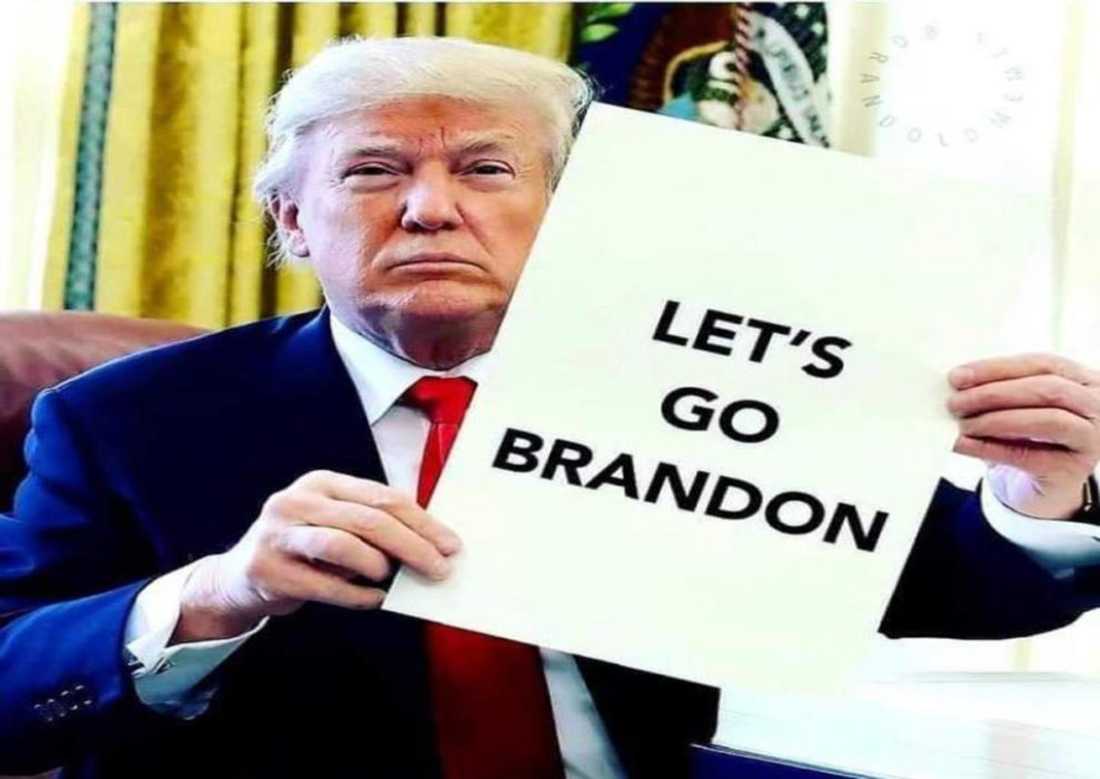 Erinwltr said:
the real nature of the economic war on the people to hide what is reallyt going on."

Are you kidding me? Fuck Off.
Click to expand...

maybelooking said:
and if you listed his successes and were honest about it.....they WOULD DWARF THAT LIST.

Most people just want to have a roof over their heads and food on the table. If left to the right, they'd have a hard time doing that.

Used to be, you graduated high school, you joined a union, you were able to make a living wage and start a family.

Today, thanks to the wonders of conservatism, you leave college with a mountain of debt, you end up in a job with no protections, and you maybe put off having a family until your 30's when the Biological clock is ticking down.

I agree, the 47% who keep voting Republican are fucking idiots economically.
Click to expand...

Today, thanks to the wonders of conservatism, you leave college with a mountain of debt
Click to expand...

That has nothing to do with conservatism, it has to do with personal choice. How can you blame conservatism for someone going out and taking $100,000 in student loans?

How can you blame conservatism for rising tuition costs? Are most colleges conservative? There are studies that suggest, at least in private colleges, that tuition has gone up BECAUSE of government loan backing.

I just don't see how it can be blamed on conservatives?
T

So total spending on middle class entitlements in 2020 was 3.488 TRILLION. Even taking out the fluke of 2020 and unemployment, we still spend six times as much keeping middle class white people from becoming poor than we do keeping poor people of color from outright starving.
Click to expand...

You pay in to social security ,so it's not an entitlement.

Medicare, yeah, OK maybe this one.

You and your employer pay unemployment taxes, so again, not an entitlement.

Veterans administration is a benefit for those who are, and have served in the military, again, not an entitlement.

Mortimer said:
I support working less hours and days a week but with bigger payment I support welfare for everyone even the ones who work but don't earn above a certain amount so they can afford more some work but can not make a end with their bills I support free free housing for homeless free healthcare and to do that I support taxing the rich I support minimum taxes for the poor and low income classes
Click to expand...

I do not agree at all with you on this issue.

ThisIsMe said:
That has nothing to do with conservatism, it has to do with personal choice. How can you blame conservatism for someone going out and taking $100,000 in student loans?
Click to expand...

Because it was the conservatives who slashed funding to higher education while letting the for-profit colleges run amok.


ThisIsMe said:
How can you blame conservatism for rising tuition costs? Are most colleges conservative? There are studies that suggest, at least in private colleges, that tuition has gone up BECAUSE of government loan backing.
Click to expand...

Then those studies are bullshit.

Let me tell you the story of UIC. UIC was established as the commuter campus for inner city youth to get a fair shot at college. And when I went there in the 1980's. Tuition was about $1500 a year. (About $3800 in today's dollars) I could pay that working 10 hours a week in a minimum wage job. I didn't have to because the Army was kind enough to pick up my tuition, but I could have, that's the point. The rest of the operating expenses of the school was actually picked up by state and federal subsidies.

Now. Flash forward. Tuition at UIC has jumped to $14,000 a year. Nine times what it was in 1975 and even three times if you adjust for inflation. You could work 40 hours a week at minimum wage and couldn't pay that. (Much less things like food and shelter). Not surprisingly, all the working class and inner city kids who were supposed to be served by this campus are gone now.

So what happened? Well, first, the state of Illinois and the Federal Government ended a lot of direct payments for operations. Those costs shifted to the students. Secondly, the people who run UIC got a lot of what I call "Urbana Envy". They wanted the cool stuff Urbana had. (Urbana is the location of the Main University of Illinois). They wanted the dorms and the sports stadium (even though UIC doesn't have a football team and it's basketball team is a joke. "Go Flames" said no one, ever.)


ThisIsMe said:
I just don't see how it can be blamed on conservatives?
Click to expand...

Largely because you haven't been paying attention.


ThisIsMe said:
You pay in to social security ,so it's not an entitlement.

Medicare, yeah, OK maybe this one.
Click to expand...

The problem with Social Security and Medicare is that they are victims of their own success. When they were conceived in the 30s and 60's, respectively, few people lived into their 70's Now the average life expectancy, pre-Trump, was 78 years. (It actually went down in the Trump years, because Trump fucks up everything).

So... White People Welfare. Or at least, welfare white people are cool with.


ThisIsMe said:
You and your employer pay unemployment taxes, so again, not an entitlement.
Click to expand...

Actually, you don't pay into it, your employer does. And what he pays into it isn't that much. In Illinois, the top rate they pay is 7.75% per employee for the first $12,000 you make. So at most, employers only pay about $1000 a year for unemployment insurance for each employee. You will usually clean that out if you've been unemployed for two weeks. That was before Trump and Biden authorized massive extra covid payments so that white people wouldn't feel the real sting of this last recession.


ThisIsMe said:
Veterans administration is a benefit for those who are, and have served in the military, again, not an entitlement.
Click to expand...

I served for 11 years, never got shot at by a testy foreigner.

Why should I get lifetime benefits for that? Really I did the same thing then I do now... sat behind a desk and processed paperwork.

I really don't have a problem with some assistance the first few years after you get out, or a lifetime of assistance if you suffered some major service-related disability.

But getting a low interest no money down loan because 40 years ago, I filed paperwork for widgets?
Last edited: Oct 30, 2021
​
Now Offering Cult Deprogramming Services for Branch Trumpidians... ​
​
You must log in or register to reply here.

He actually received 81 million votes (supposedly) and his voters aren't embarrassed at all.

More proof how the left wing media uses propaganda. Katie Couric admits in her interview with...

L
Can we talk about the hypocrisy of the left on homelessness and infrastructure?

Hillary Offers Herself Up As Pathetic, Weeping, Finger-Pointing, Obsessed LOSER

1 minute ago
BWK
B