U.S. Drug Enforcement Administration agents in San Diego yesterday announced the discovery of a cross-border drug-smuggling tunnel beneath a private residence in Calexico, Calif., that extended nearly 400 feet to a house in Mexicali, Mexico.
Click to expand...

"The senators said they were concerned tunnels could also be used to smuggle weapons and terrorists into the United States. "

gee ya think?
A

Gimmee a break...like this is news? hell while working the border back in the late 70's this was a 'commom' occurence...Gotta love the new generation..everything is something "NEW"...."NOT"

Mexico Finds 2 Border Tunnels Leading from Tijuana Into U.S.
December 13, 2016 — Mexican police and soldiers have discovered two tunnels in the border city of Tijuana that lead into California.

The tunnels were found in an area of warehouses across from Otay Mesa. Prosecutors said Monday that one of the tunnels reached to San Diego, California, and the other was unfinished.

Now ya know why Granny's brownies are said to be `finger lickin' good'...

US authorities have found a secret drug tunnel stretching from a former KFC in the state of Arizona to Mexico. The 600ft (180m) passageway was in the basement of the old restaurant in San Luis, leading under the border to a home in San Luis Rio Colorado. Authorities made the discovery last week and have arrested the southern Arizona building's owner. They were alerted to the tunnel after the suspect, Ivan Lopez, was pulled over, according to KYMA News. 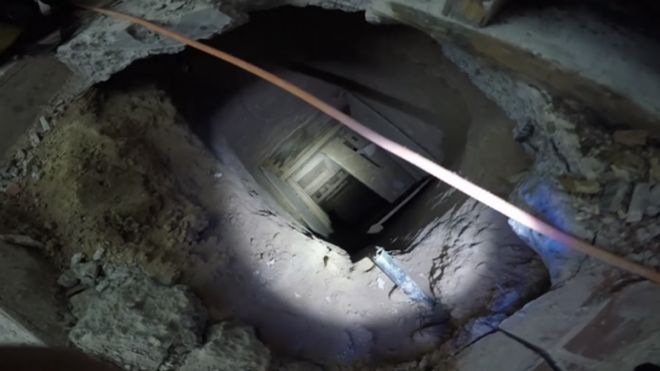 The tunnel is suspected to have been used to shuffle drugs from Mexico into the US​
Investigators say the containers held 118kg (260lb) of methamphetamine, six grams of cocaine, 3kg of fentanyl, and 21kg of heroin.
Click to expand...

Who needs a tunnel?

In yesterday's news here a similar tunnel was found in San Luis, Arizona.


Homeland Security Investigations officials told KYMA that the tunnel ran 22 feet deep and traveled nearly 590 feet underground to a residence across the border in San Luis Rio Colorado, Mexico, where it ended in a trap door underneath a bed. 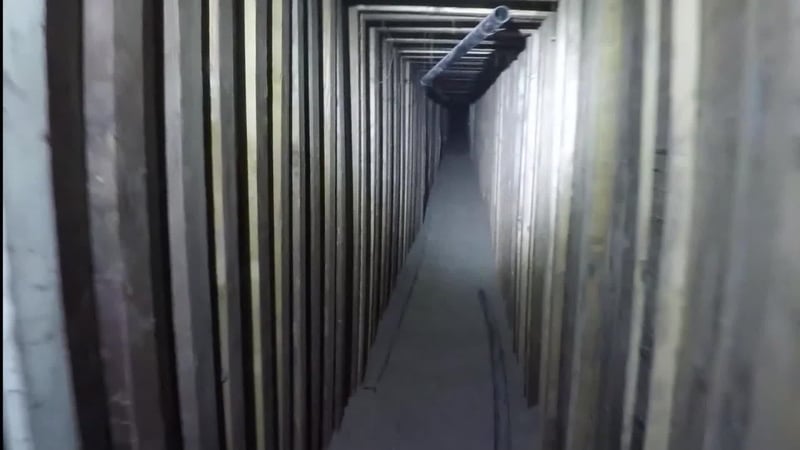 A drug tunnel between Arizona and Mexico was discovered under a former fast food restaurant​
You must log in or register to reply here.

Bush Job Approval Up to 44%

Hey, something nonviolent RE: the pope

Democrats For The People

Schumer says that the constitution is a 'fringe legal theory'