We hired a lady from out of state to take care of my mom when she had alzheimers. She loved her GPS unit, but it sometimes caused more grief than success. There were many streets that were dead ended in order to slow traffic, and she always found herself stuck in one from trusting it too much.

Billions lost after value of U.S. technology stocks drops, world's richest people feel the pinch
Sunday 11th June, 2017 - With the Nasdaq stock market closing down 1.8 percent to 6,207.92 on Friday, the tech sector, most of the stocks of which are listed on the market, declined 2.7 percent overall.

The Wall Street bank said that the tech giants accounted for 55 percent of Nasdaq’s market cap increase this year. The Dow Jones industrial average gained 89 points and the S&P 500 slipped 2 points. Overall Facebook fell 3.3 percent, Amazon was off 3.2 percent, Apple dropped 3.9 percent, Microsoft slipped 2.3 percent, and Alphabet was down 3.4 percent. The fall in the value of U.S. technology stocks resulted in billions of dollars being wiped off the net worth of some of the world’s richest people. The fall was attributed to investors pausing after a period of enormous growth in the technology sector, to examine if the stock prices of tech giants can continue to grow.

Reports noted that Amazon founder Jeff Bezos, who was en route to becoming the world’s wealthiest man after his company announced plans to acquire Dubai-based e-tailer Souq in March, suffered losses worth $2.6 billion off his net worth. His company’s share price fell more than 3 percent on Friday. Following the crash, Bezos, who had become number two in the rich stakes after announcing the high-profile Souq acquisition, dropped back to third. Microsoft founder Bill Gates remained on top, followed by Zara fashion boss Amancio Ortega. Further, Mark Zuckerberg lost $2 billion, the net worth of Google founders Larry Page and Sergey Brin dropped $1.32 billion and $1.31 billion respectively. 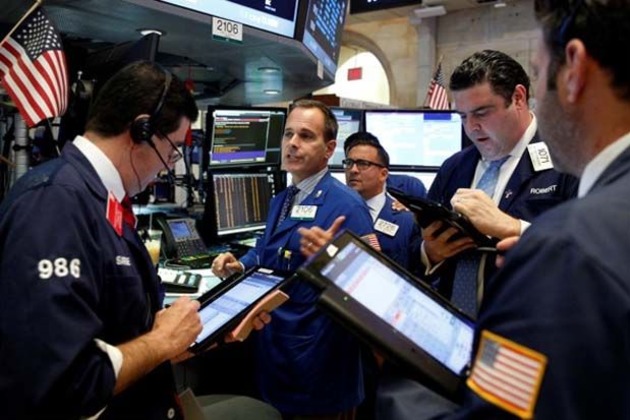 According to current figures, Bill Gates is worth $89.2 billion, Ortega $84.6 billion, Bezos $83.9 billion, Zuckerberg $64 billion, Page $48.1 billion and Brin $47 billion. Further, following news that its new iPhones could have slower speeds, Apple's shares sank 4.7 percent. According to analysts, there has been nothing in the news which would explain the drop. They, however, suggest that the dramatic and baffling fall is a response to the success of technology shares in the recent period. The sell-off accelerated in the afternoon trading, with the Nasdaq falling 2.4 percent, and Facebook and Apple were down 4 percent. The S&P tech sector was down 3.3 percent Friday but was still up 18 percent for the year.

Further, in a report released on Friday, Goldman Sachs warned the successes of the tech giants such as Facebook, Amazon, Apple, Microsoft and Alphabet, may be overextended. The report analysed the valuations of the top five outperforming mega-cap names in tech, or the FAAMG — for Facebook, Amazon.com, Apple, Microsoft and Alphabet (Google) It warned on valuations and concerns that their volatility has become extraordinarily low. Adding that the stocks had become closely correlated to safe haven plays, like bonds and utilities. It found that the current-day tech stocks have advantages in cash flow, valuation and cash balances over the top five tech names in the first quarter of 2000. However, the current group is behind in profitability, as measured by gross profits and total assets.

These days, my Garmin can even find my house out here in the middle of nowhere.
O

LOL As a millwright of over 50 years experiance, never, never, trust a machine. It does only what it is built to do, and the real world messes with them all the time.
You must log in or register to reply here.

From Science To God

Governor DeSantis with a warning to unlawful 'protestors'.