Donald Trump said Amazon and Jeff Bezos have a ‘huge antitrust problem.’ Now they may!

You Fuck with a bull, sooner or later you are going to be gored!!!

Donald Trump said Amazon and Jeff Bezos have a ‘huge antitrust problem.’ Now they may.

The president-elect is certainly one to hold grudges.

Let’s state the obvious: Donald Trump and Amazon CEO, and Washington Post owner, Jeff Bezos do not see eye to eye. And that becomes a more concerning prospect for Bezos and Amazon now that Trump is president-elect.

In May, after learning of the large team of Washington Post reporters looking into his past, Trump told conservative TV commentator Sean Hannity that Bezos was using the paper to damage Trump’s chances because he feared what a President Trump would mean for Amazon.

"He's using the Washington Post, which is peanuts, he's using that for political purposes to save Amazon in terms of taxes and in terms of antitrust."

Trump’s campaign later reiterated this narrative in a statement claiming that the Post was being used as political leverage so Amazon doesn’t “get sued for monopolistic tendencies that have led to the destruction of department stores and the retail industry.”

The Bloomberg Billionaires Index shows Bezos, 53, increased his fortune by $1.49 billion after Amazon.com Inc. stocks rose $18.32 on Wednesday, a day after the company announced it planned to buy Souq.com, an online retailer based in Dubai. 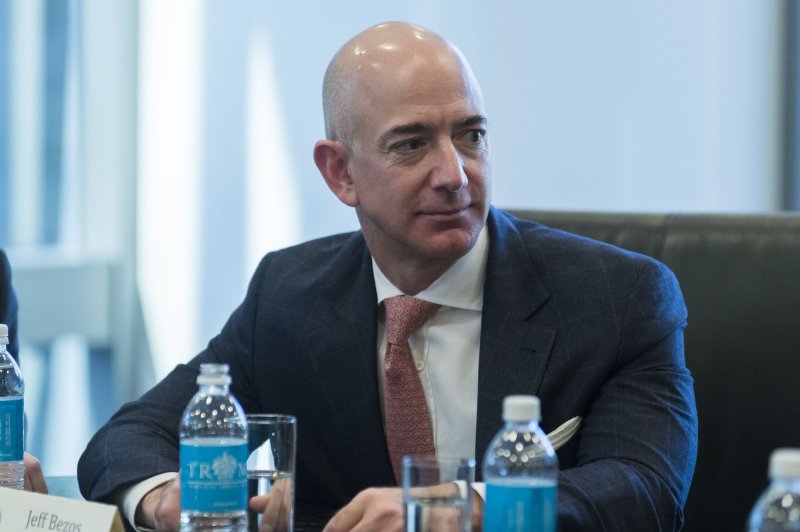 Amazon CEO Jeff Bezos attends a technology roundtable meeting hosted by Donald Trump at Trump Tower in New York on Dec. 14, 2016. Trump invited the heads of various technology companies and members of his future cabinet to discuss regulations.​
Bezos now has about $700 million more than Buffett, who is valued at $74.9 billion, and $1.4 billion more than Amancio Ortega, the Spanish business tycoon who is valued at $74.2 billion who founded the Inditex multinational clothing company.

Why Did Trump Win? Here's why.

The cancer of Cancel Culture and the lefts devotion to it.
2