CNN showing it's fangs and stupidity going after Mnuchin's wife

Anderson Cooper was the host of the most pointless and one of the dumbest segments in a while.
I bet he had no clue his segment was inadvertantly trashing his own mother Gloria Vanderbilt.
Cooper's panel was rich shaming Mnuchin's wife (an actress) through a social media troll post she received that she stood up and posted back on. They assumed the purpose of her tags on all her expensive accessories and such and toasted her over their own ignorance just as the troll criticized from a position of mistaken assumptions. So they spent a whole segment on their stupidity justifying a social media troll's stupidity instead of actual real news.
Tagging the clothes& accessaries for an actress is normal, because it could be for strategy in marketing yourself to searches of those products (which the troll admited is necessary, because she admits she never heard of the actress-which she did to displace feelings).
Or the taggi g of the products in her pic was for endursement deals and or celebrity gifting. In fact, who should even assume she spent $ on some of these luxories when companies give celebrities their labels for publicity in being seen with those items in exchange for tagging them in photos or even they being the ones tagging their label in
pics and sometimes like in Youtube, they have a program that auto tags everything.
Anderson Cooper was either playing dumb, or his mind is going on him from hanging around Kathy Griffen. And all the nerve for Anderson to rich shame a person, like he's not a Vanderbilt and doesn't know about the gifting routines of major glam labels or the favors you do for your designer friends.
Furthermore did he forget Mnuchin is a Dem working for a Republican President?
Obviously he became a target as soon as he refused their manipulation to get all Trumps cabinet and appointees to step down over their fake narrative. Once you refuse the Chicago mob influenced progressive party, you become their new target for witch hunts.
It's a compliment meaning that he's doing such a good job that they go after the ones making the president look good.
Steve is doing such a good job that they have nothing on him that they pick on his spouse to try and threaten him out or hope she talks him out of being part of this cross fire tactic of the left.
See this is probably why Comey did whatever the DNC wanted, as the left probably threatened to trash his wife's
political career and so Comey was compromised by threat of his wife's Dem political career.
We are seeing an obvious pattern here.
If you don't do what they say or want, they will through media control destroy you or your closest loved ones personally with any narrative they choose. So much for leaving spouses and children out of the swamp mud slinging.
Last edited: Aug 22, 2017
K

CNN has been a hack site for a very long time now, going back to Bill Clinton..

That is why it was nicknamed the Clinton News Network!

I haven't seen it in awhile. Have Anderson Cooper and Don Lemon announced their engagement yet?

His trophy wife was a complete unadulterated bitch, and within 24 hours she apologized for being a bitch....

no one was picking on her, she brought it on herself.....
OP

And there shines the party of intolerance in all it's glory, CNN has become
the C.atty N.ews N.etwork
Rawrrrr! *claws out* 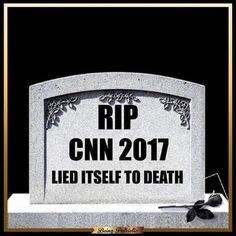 MarathonMike said:
I haven't seen it in awhile. Have Anderson Cooper and Don Lemon announced their engagement yet?
Click to expand...

Homosexual and biracial! That's gotta be the double dog dare of the inclusivity, diversity, etc. crowd.

It should be some wedding shower. I do hope we can find out where they're registered so we can send 'em some cute gifts.
You must log in or register to reply here.

Which major news outlet do you have the least respect for?

Ancient Gilgamesh Tablet Seized From Hobby Lobby By US Authorities

Congress need to investigate ALL the riots
2 3