Notes
Boris Nemtsov playing the role of Alexander Litvinenko at 0:35

Thousands of Russians march in honor of Boris Nemtsov...

Nemtsov, a former deputy prime minister, was shot four times in the back while crossing Moskvoretsky Bridge on Feb. 27, 2015. His supporters believed he was killed due to his strong opposition of Russian President Vladimir Putin. Nemtsov was set to lead a protest against Putin a day after his death. Tens of thousands of mourners remembered Nemtsov on Saturday by holding a ceremonial march near the scene of his death. "We're here to show we aren't scared, that we'll continue the fight for a new democratic Russia, which is what Boris Nemtsov died for," opposition lawmaker Dmitry Gudkov, 36, told the Wall Street Journal. 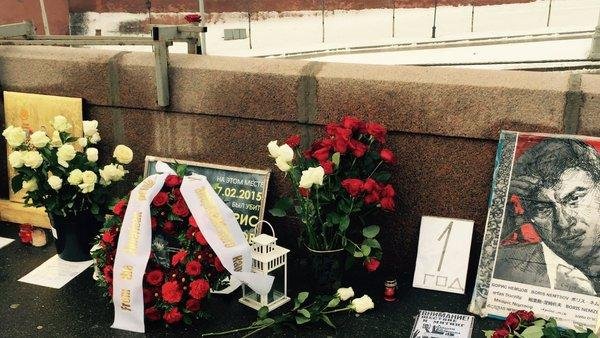 Police guarded the blocked off road as observers placed flowers, photographs and other gifts at the scene. Supporters have tried to maintain a shrine to Nemtsov on the bridge where he was shot, despite efforts by vandals and local authorities to have it removed. Activists also circulated a petition to have the bridge named after Nemtsov.

The public was prohibited from crossing the bridge, but U.S. Ambassador John Tefft was allowed to place a wreath with a ribbon that read: "From the American people." "We are here today to honour his memory, the values for which he stood and to express our hope for the future that some of the dreams that Boris Nemtsov had will come true in Russia," he said. Five Chechen men suspected of being contract killers face trial later this year in Nemtsov's death.

Tefft: Today we honor Boris Nemtsov's memory, the values for which he stood, and express our hope for the future. pic.twitter.com/CPJL4cY4QQ
— Will Stevens (@WBStevens) February 27, 2016

"This issue is not politics, this is a question of ethics and the human relationship to the person who worked in the State Duma," Gudkov said, as reported by Russian news agency Rosbalt. 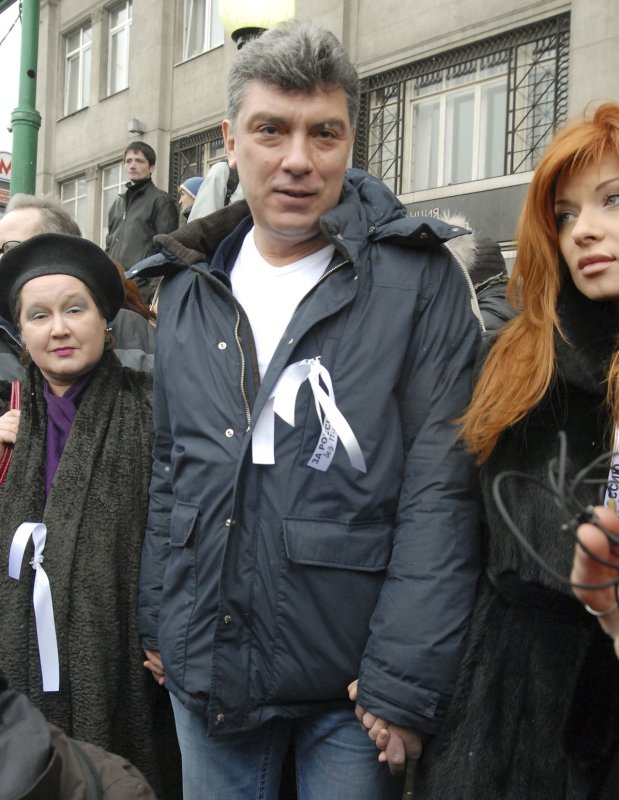 Moscow City Hall did agree to allow a parade and march on Saturday afternoon with an expected attendance of 50,000 people, reports Interfax. Two men, Anzor Gubashev and Zaur Dadaev, are still under investigation for the murder of Nemtsov, which took place hours after the Duma deputy asked the public to support a march against Russia's war in Ukraine.

Nemtsov was also reportedly working on a report on Russia's involvement in Ukraine at the time of his murder. His daughter, Zhanna Nemtsova, told the Guardian in 2015 that her father told her Russian troops are unofficially involved in Ukraine; that they officially resign from the Russian army, and then, on orders, go to Ukraine to fight.

Sulfites in Wine and Champagne illustrates one misconception about Illuminati religion

Why the death penalty? 67 year old murderer, released on parole, murders a woman with a knife.
3 4 5

If you are human, you are not capable of understanding God.
2 3