Dragonlady said:
Yes, Trump did that. What's your point?

Trump knew it would be clusterfuck and wanted Biden to take the flak for the pull-out. So he took credit for the Peace Agreement with the Taliban, which signed over the country to the Taliban, but not the flack for implementing the pull out. It worked for George W. Bush. Obama took all of the flack for pulling out of Iraq, throughout his presidency.

You're so stupid you think people don't see what Trump did here?
Click to expand...

When the "Parties switched sides" did Trump become Biden? Biden surrendered Afghanistan. All Biden
“The worst enemy that the Negro have is this white man that runs around here drooling at the mouth professing to love Negros and calling himself a liberal, and it is following these white liberals that has perpetuated problems that Negros have. If the Negro wasn’t taken, tricked or deceived by the white liberal, then Negros would get together and solve our own problems. I only cite these things to show you that in America, the history of the white liberal has been nothing but a series of trickery designed to make Negros think that the white liberal was going to solve our problems. Our problems will never be solved by the white man.” -- Malcolm X

tyroneweaver said:
rather than go along with the former Presidents policies.
All to prove a point.
"we're in charge now....the adults"
Probably on zoom b/c putin would knock him on his ###

War with Russia has been the DNC's goal since Hillary decided in 2016 she could make more money if she started a war with Russia. We narrowly avoided it when she lost the election that year, but now the war party is back in charge.

The Russian commies were the DemoKKKrats' best friends for decades before that.
THE REAL "BIG LIE":
"You're not going to get COVID if you have these vaccinations." - Joe Biden, 2021

Lost Afghanistan, Unconditional Surrender to the Taliban and their CCP backers
Click to expand...

An idiot RINO Senator from MS wants to consider U.S. troops in Ukraine and the use of nukes if Russia goes into that country. The neocons are feeling it. 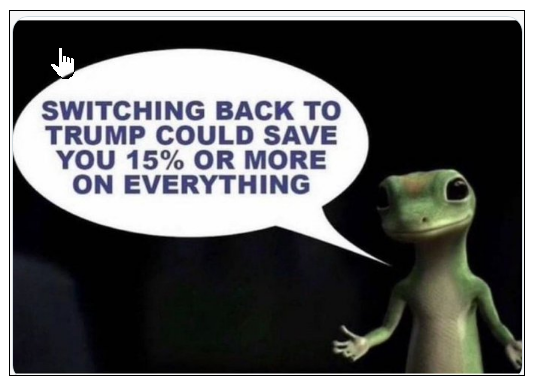 Biden’s Weakness On The World Stage Is Dangerous

Let us play, Truth, Justice, and the American way! Either party is welcome to post!

China Has Killed More Than the Nazis

A moment ago
Kondor3

A moment ago
Not a Monkeys Uncle

The leader of the free world.