FILE – In this Thursday, Nov. 17, 2011 file photo, an Occupy Wall Street protestor is grabbed by police as he tries to escape a scuffle in Zuccotti Park in New York. (AP Photo/John Minchillo)Nine years ago I stared down the barrel of rifle pointed at me by a Denver riot squad as the man holding ...

thespectator.info
30 May 2020 ~~ By Kira Davis
Nine years ago I stared down the barrel of rifle pointed at me by a Denver riot squad as the man holding it screamed at me and my companions to “Go home! Now!”
Let me back up.
Nine years ago a group of disgruntled youth set up camp in New York City’s Zuccotti Park, located in the middle of the Big Apple’s financial district. Their goals and demands were clear as mud. Protest financial inequity, topple the capitalist system and redistribute all the wealth they saw as being stolen from the people by Big Banks and Big Capitalists…by Wall Street.
They aptly named themselves Occupy Wall Street (OWS) and it became a movement that spread across the country over the next year. Encampments popped up in nearly every major city. At that same time, the Tea Party had just sprung up to protest Obamacare and rising taxes. The mainstream media was portraying old people in walkers wearing American flags on their hats as dangerous, racist terrorists bent on burning down “Obama’s America”, while at the same time touting OWS as a glorious, peaceful example of courageous young Americans marching for equality.
It was anything but. However, these were socialists and they were seen as the antithesis of the free market Tea Party protesters. President Obama picked his side (OWS) and Democrat politicians across the country followed suit. While they sent out riot squads to monitor the ridiculously tame Tea Party events, they changed city ordinances on vagrancy to allow OWS protesters to set up camp on city properties. In fact, to this day Los Angeles City Hall has a raging homeless problem on their grounds (that resulted in a rat infestation and several City Hall employees testing positive for typhus) because they lifted the ban on camping on city property in order to accommodate the OWS protesters. The homeless came with them. They never left.
The “battle lines” were drawn and the narrative was set. Occupy Wall Street – good and heroic. Tea Party – racist and violent.
In 2011, I attended my first conservative “new media” training conference in Denver – BlogCon.
Because of the media-stoked tension between the OWS and Tea Party movements, there was a lot of interest in our little gathering and soon protesters showed up and invaded the hotel where the conference was being held. It fueled the bloggers gathered there. This was premium content! We poured into the lobby to meet the protesters. It was glorious chaos.
[Snip]
So it doesn’t surprise me in the least to see that many of the protesters causing mayhem in Minneapolis are actually from out of state. It doesn’t surprise me that many of them are white (anarchist groups tend to skew white and wealthy) and it doesn’t surprise me that there are two types of protesters in the George Floyd riots – peaceful marchers and destructive morons. I know from my extensive experience since that time that as crazy as it sounds there is an element in this nation that longs for anarchy. Piggybacking on racial tensions and stoking the fires of unrest is literally their business model. Antifa is the latest group of professional anarchists but they are nothing more than OWS rebranded. The anarchists never really went away. Agents of chaos still long to see this country burn and that’s who you see breaking windows and lighting fires. Sure, some genuine protesters may have followed but these people know how to use mob mentality for maximum damage.
These are racists disguised as anarchists. There is no doubt in my mind that that there is an element of domestic terrorism afoot within all this. Now that the narrative is no longer Tea Party vs. OWS it’s safe for everyone to admit this. In fact, it seems like people want this to be true now. We don’t want to paint concerned and fatigued black Americans as destructive rioters. Lucky for us, it is true.
This is an organized, racist assault on peace and productive protesting aimed at placing the blame at the foot of the black community, just like they aimed to place the blame on sweet old ladies with homemade signs at Tea Party protests all those years ago.
But I know better and so do my colleagues who there that weekend in Denver. The agents of anarchy haven’t ever disappeared, they’ve only rebranded.

Comment:
Nothing ever happens to the individuals who fund these groups. If you want to stop the flow of venom, you have to cut off the head of the snake/snakes. Where are you George?
OWS was the Community Organizer in Chief's [Obama] fellow traveling orgs financed by Soros and friends attempt to duplicate and surpass the Tea Party which was an actual, grass roots, spontaneous uprising of "folks" in response to Obamacare and other Obama policies. The Left was outraged that the right had a REAL grassroots movement that really was peaceful and respectful of laws as well as personal and public property.
Everything about OWS was a lie. The Left's propaganda media obediently refused to cover them honestly just as they have refused to cover the Tea Party and its protests honestly. What was true of the TP was what was reported but a lie about OWS. Yet as hard as they tried, including planting their malcontents into TP protests to start trouble, maybe even a riot or two, they never managed to get a TP protest to get violent or destroy property. They evicted troublemakers from their ranks before they could start trouble. I saw it myself at some of those protests. The real TP wasn't white nationalists either though they were accused of being exactly that.
These current paid terrorists--rebranded as Antifa, BLM or whatever opportunistic anarchist label they pretend to sport--are indeed just a rerun though by infiltrating the peaceful protesters now is giving them the opportunities to create the chaos and destruction their socialist globalist paymasters wanted for TP and then for the anti-lockdown protests.
The goal of the Left is Obama's "fundamental transformation of America". That has not changed. Some of them are still for doing it incrementally and with only limited violence and chaos. But some of them want to crash the system, let anarchy reign to terrorize the people into submission--into begging to be "saved", burn it all down leaving only the socialist social-redistributive infrastructure to fall back on.
Follow the money just as with other financial trails of terrorist cells. Take their money, sanction their foreign supporters and arrest their terrorists here for prosecution. All roads lead to the Progressive Marxist Socialist/DSA Democrat Communist Left funded by the CPUSA.
Where is, repeat, where is Joey Xi Bai Dung? "The World Wonders".​ 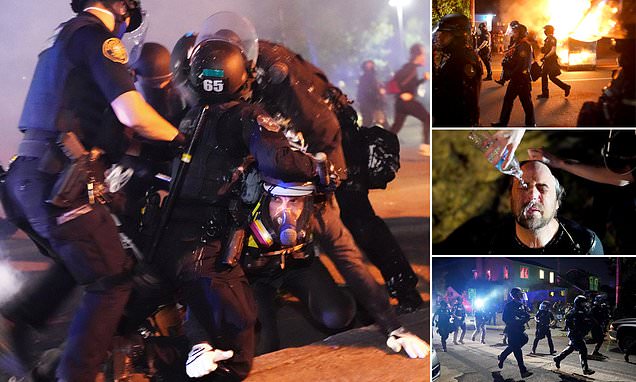 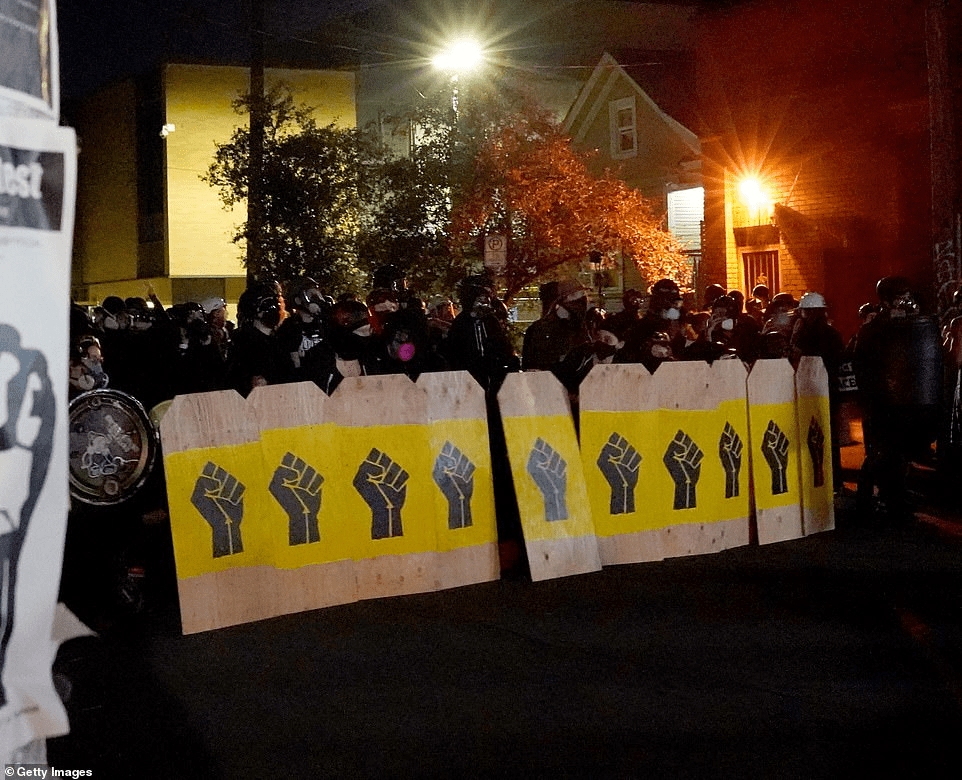 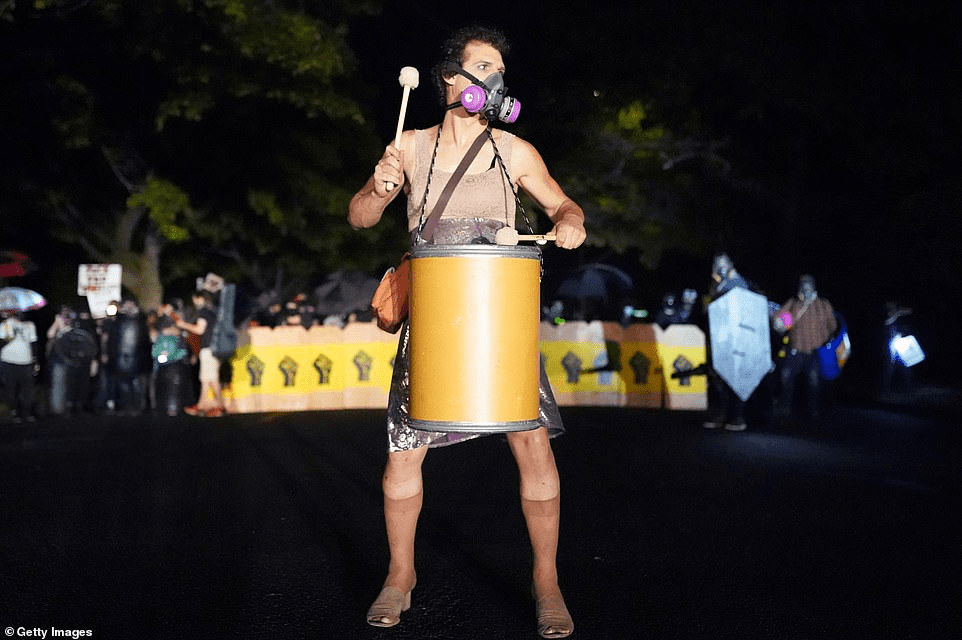 Turn in the rubber bullets and issue live ammo
Psalm 14:1 The fool says in his heart, "There is no God."

I knew that already. A lot of the occutards were just unemployable homeless junkies also, but these same asswipes that mobilized the occutards are the ones who organize antifa turds. Considering how much the occutard "protests" irritated people, I'll bet there are some people who will not be voting democrook after what they've seen Queen Antifa's minions do. 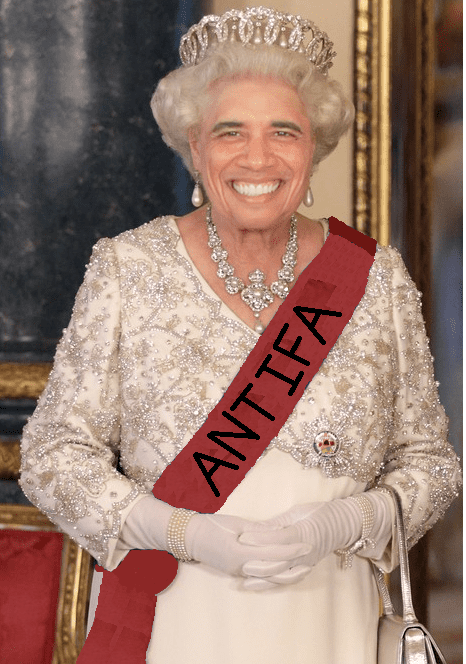 WARNING!!! The above post is known to increase bed wetting in the State of ☭alifornia
KYLE RITTENHOUSE IS FREE!!! FUCK JOE BIDEN!!!.
Joe Xiden>>>

DNC brownshirts have rebranded themselves and called themselves different things for over a century. They still do the same sort of thing…terror for the party
You must log in or register to reply here.

Biden needs to do just one thing

If Your Insurrection Last Longer Than Four Hours, Consult Your Doctor

You Won't Find Emails Between Pelosi And Sullivan

Zone1 How does one become a moderator here?

They Got Trump This Time! They Got His Birthday Dinner Menu!
2 3