An Open Letter To: The House Select Committee to Investigate the January 6th Insurrection

playtime said:
she was killed because she was part of a violent mob trying to smash their way into the speaker's lobby. 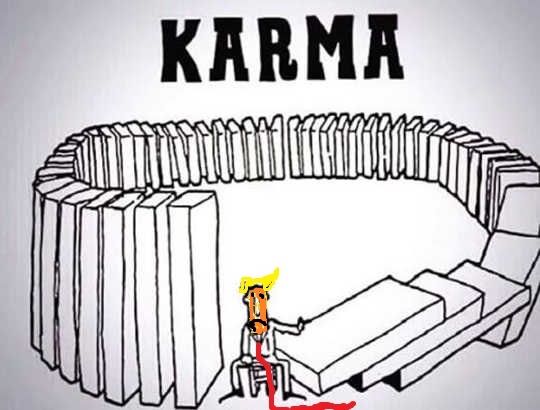 Bert... you should probably look into some H-2 blockers or you're going to have a serious problem with ulcers in the coming years. Trump - according to Michael Gerson on CNN - IS going to be re-elected. Hear it from the sad-sack's own mouth -
BTW, he's a devoted never Trumper so you can trust him. Dude looks frantic. Either that or maybe he has Parkinsons
Si Vis Pacem
Para Bellum

An den? An what?
"setting up a legal showdown between the current and former presidents over executive privilege".
Have a good read...

Ian Millhiser provides a primer for the Kagan nomination process on what executive privilege is, why some documents can’t be disclosed, and how to overcome it.

ESDRAELON said:
An den? An what?
"setting up a legal showdown between the current and former presidents over executive privilege".
Have a good read...

Ian Millhiser provides a primer for the Kagan nomination process on what executive privilege is, why some documents can’t be disclosed, and how to overcome it.

guess you didn't read this part:

Can a claim of executive privilege be overcome?​

The courts have been much less eager to breach the privilege with respect to congressional hearings. Case law suggests that a claim of executive privilege may ultimately be defeated when the privileged documents are “demonstrably critical to the responsible fulfillment of [a congressional] Committee’s functions,”

not to mention this here part is null & void, because the EXECUTIVE BRANCH is FULLY cooperating with the select committee's request:

but courts generally encourage “negotiations” between Congress and the executive branch, and will only step into a dispute over privileged documents if the political branches fail to reach a compromise.

My open letter to the committee says 'Why don't you jerkoffs, with your make believe investigation, make yourselves a little useful and at least take the capitol garbage out"

themirrorthief said:
lets focus on the biden surrender in afghanistan
Click to expand...

BertramN said:
An Open Letter To: The House Select Committee to Investigate the January 6th Insurrection

Despite the 2022 Mid-term Elections being over one year away, time is actually growing quite short for Nancy Pelosi’s select committee investigating the January 6th insurrection.

Last week, the House speaker signaled that the Committee would soon be focusing on sitting members of Congress who, in her words, “participated in the big ‘lie.’”

The select committee’s chair, Democratic Representative Bennie G. Thompson of Mississippi, has said that he has “no reluctance to subpoena” members of Congress “whose testimony is germane to the mission of the select committee” if they refuse to cooperate voluntarily. The question of whether members of the House GOP knew about or were involved in the events of January 6th falls squarely within the legitimate scope of the investigatory committee.

However, there is no established historical or legal precedent regarding congressional power to enforce subpoenas against members of Congress. So, those Republican congressmen (and women) who openly promoted the “big lie” will inevitably seek court ordered actions to block the enforcement of the committee’s subpoenas. These delaying actions, even if unsuccessful, should stall the committee’s investigation for an extended period.

Regardless of the evidence already known about the lead-up to the insurrectionists’ attack on the Capitol, including all the public statements made by participants at trump’s pep-talk to his devoted legion the morning of January 6th, there's a real question if there's the political will to take steps necessary to get the twice impeached, former cheeto-in-chief trump, and insurrectionist-supporting Republicans on record and under oath. (The corporate controlled Senate Democrats’ foot-dragging in passing the current bill to protect voters’ rights is a strong indication of this lack of political will by the “moderate” Democrats.)

Pelosi’s House Select Committee to Investigate the January 6th Attack on the Capitol by trump inspired insurrectionists has already exposed the true horror experienced by the Capitol Police who defended our nation.

Also, Americans are well aware of the speeches and the tweets that promoted the “big lie” that the election was stolen, incited violence, called for insurrection and encouraged trump’s supporters to stop the electoral college certification by any means necessary. Some examples follow:

The twice impeached, former cheeto-in-chief trump: "We fight like hell. And if you don't fight like hell, you're not going to have a country anymore" “And after this, we're going to walk down, and I'll be there with you” [1]

Rep. Paul Gosar: President Biden is an “illegitimate usurper” - Mr. Trump was “the victim of an attempted coup”

Rep. Andy Biggs: "When it comes to January 6, I am going to be right down there in the well of the House with my friend from Alabama, Mo Brooks, and dozens of others”[4]

Rep. Madison Cawthorn: “Call your congressman and feel free — you can lightly threaten them.” “Say: ‘If you don’t support election integrity, I’m coming after you.”

We know Ali Alexander, credited with founding the Stop the Steal campaign, bragged about coordinating with Reps. Brooks, Gosar, and Biggs multiple times on live streams in December, including specifically that “we’re the four guys who came up with a January 6 event.”[5] We know Rep. Brooks knew there was enough of a threat of violence that he wore body armor to the Stop the Steal rally.[6]

[1] Transcript Of Trump's Speech At Rally Before Capitol Riot : NPR

[2] Trump is on trial for inciting an insurrection. What about the 12 people who spoke before him? - POLITICO

[3] How Republicans Fanned the Flames Before US Capitol Building Riot - The New York Times (nytimes.com)

[4] Biggs points finger at antifa as new videos show his ties to 'Stop the Steal' (azcentral.com)

You forgot the part of Trump's speech where he told people to protest "peacefully"! Probably an oversight on your part...right? (eye roll)
It's all fun and games until the flying monkey's attack!
O

Prosecutors have charged a fourth Capitol riot defendant with a firearms violation
Click to expand...

Interesting...so did this individual ever display this weapon while he was on Capitol grounds or threaten anyone with it while he was on Capitol grounds? In literally thousands of hours of video taken of that protest turned violent is there even one example of someone with a firearm inside of the Capitol? If so I'd love to see an example...
It's all fun and games until the flying monkey's attack!

Oldestyle said:
Interesting...so did this individual ever display this weapon while he was on Capitol grounds or threaten anyone with it while he was on Capitol grounds? In literally thousands of hours of video taken of that protest turned violent is there even one example of someone with a firearm inside of the Capitol? If so I'd love to see an example...
Click to expand...

look it up & see if they went to court.

playtime said:
look it up & see if they went to court.
Click to expand...

C'mon, Playtime...you know as well as I do that if any protester HAD brandished a firearm inside of the Capitol it would have been on the front page of the NYTimes and every other liberal paper as well as run nonstop on CNN and MSNBC! How do I know it didn't happen? Because there isn't a single solitary photo of it happening and you know damn well that I'm right!
It's all fun and games until the flying monkey's attack!
I

Left is that way wanting Muslims to be around even as the dominoes that are around the person in the image. Democrat's are speaking of themselves. Democrats are awaire of the danger having a kind of paralysis, unable to tell that danger to go away. 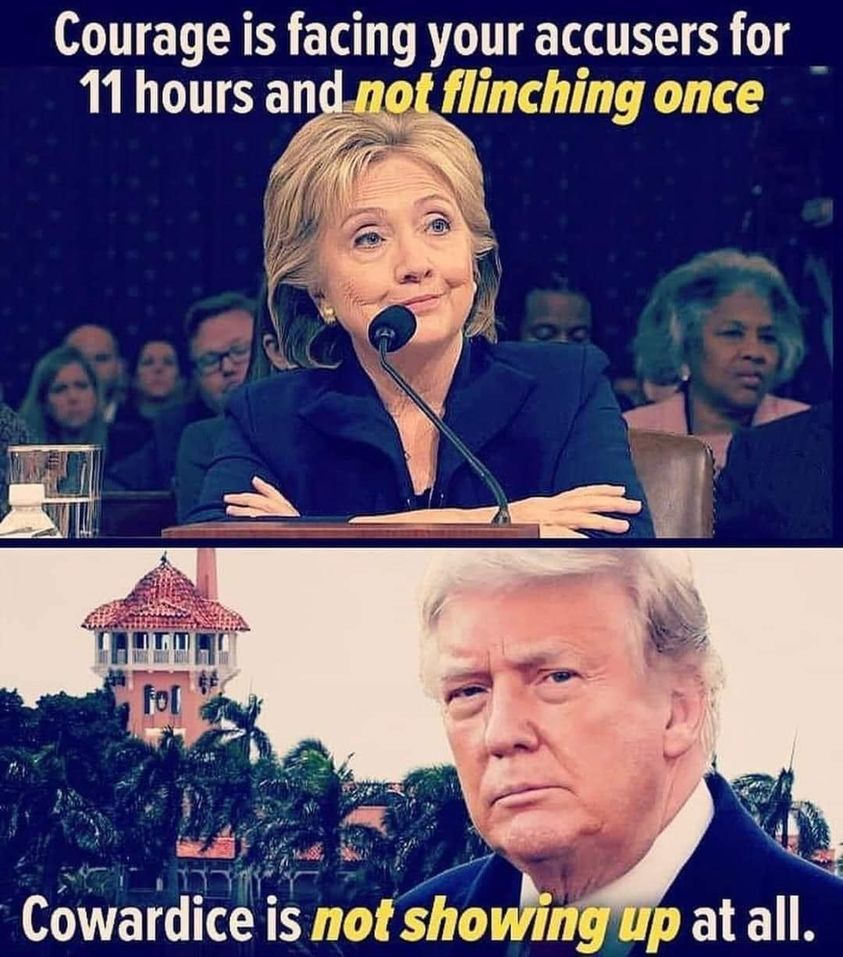 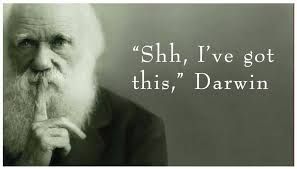 Daniel Goldman said it not unusual that republican and democrats

Should trump testify before the Jan 6th riot hearings in Congress?
2 3 4

B
Following the Money Trail(s), Members of the Jan. 6 Select Committee Are Uncovering a Well Organized and Financed Coup Attempt
2 3

It's a COLD a common cold
2

It isn't the gun, it is the kid.......teens and pre-teens who know how to use guns and use them for sport and hunting...