I wonder why no one is grilling the Islamic terrorists who may have been the killers? 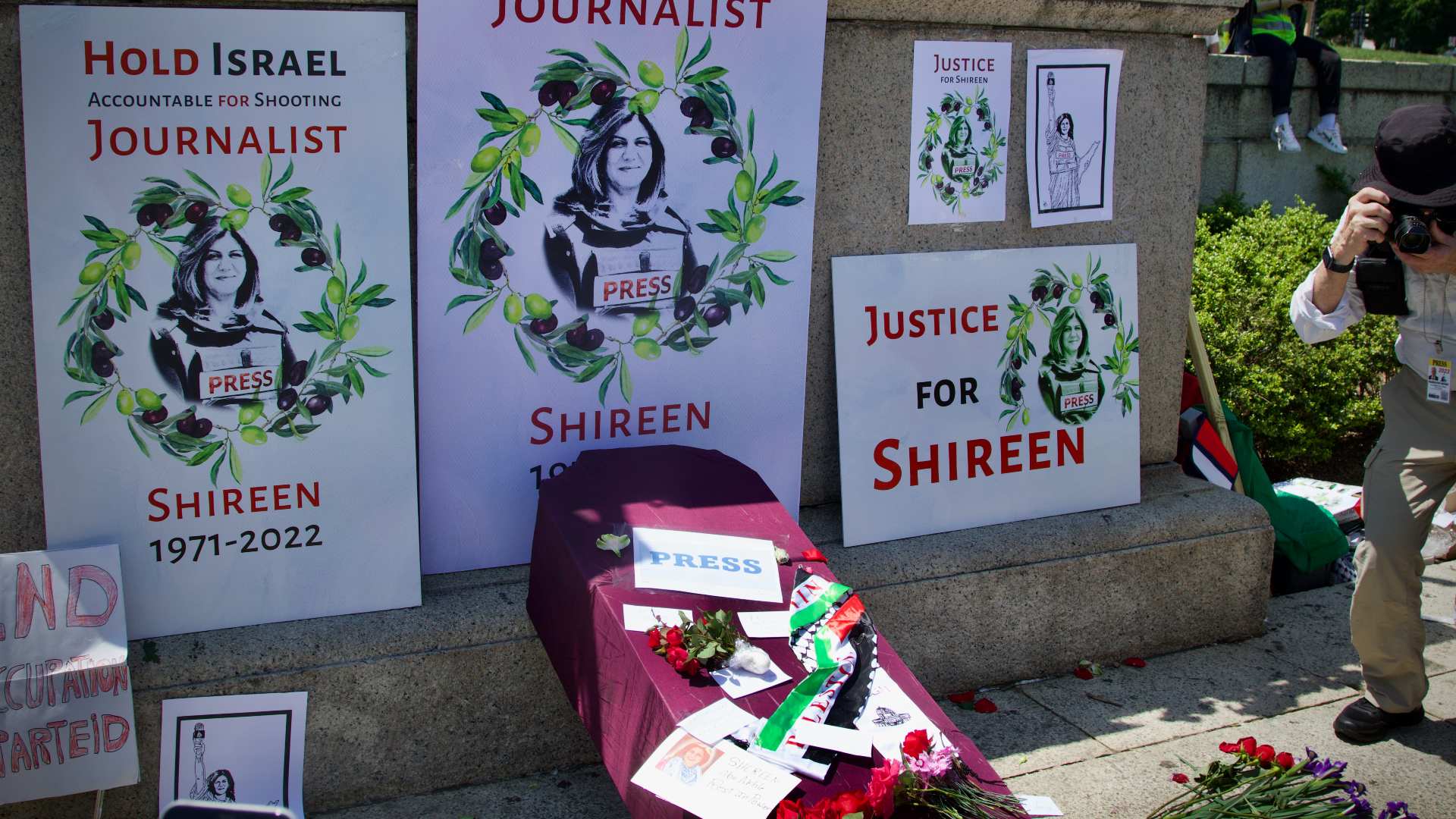 Just like Abu Akleh's funeral in Jerusalem - which brought together thousands of Christians and Muslims, demonstrators from Muslim, Christian and Jewish backgrounds came together in New York and Washington to mourn the reporter's death.

"We'll continue to speak the truth because she spoke the truth right up until she was killed," Reverend Graylan Hagler, minister for the Plymouth Congregational Church of Christ, said in a speech at the rally in Washington.

P F Tinmore said:
The only way the bullet would be relevant is if the rifling would match a suspected gun. Since they do not have a suspected gun, and there is no chain of custody on any of the guns that may have been used nothing conclusive can be found.
Click to expand...

If after burying her twice you still don't have anything conclusive,
but excuses to prevent any proper investigation then it's you
admitting to meddling with evidence - a criminal offense.

This shows the initial intent of the murder and cover up
coordinated beforehand to blame Israelis regardless of evidence.
"And Tzedakah will save from death" - King Shlomah A"H

rylah said:
If after burying her twice you still don't have anything conclusive,
but excuses to prevent any proper investigation then it's you
admitting to meddling with evidence - a criminal offense.

This shows the initial intent of the murder and cover up
coordinated beforehand to blame Israelis regardless of evidence.
Click to expand...

PFFFFT! This has Israel written all over it.

P F Tinmore said:
PFFFFT! This has Israel written all over it.

Is this why Arabs conspire to prevent investigation
and meddling with the evidence for months long?

Covering up with hollow accusations prove
intent and coordination with Al Jazeera -
beforehand.
Last edited: Jun 29, 2022
"And Tzedakah will save from death" - King Shlomah A"H

Death of Shireen Abu Akleh: What it means for Israel and Palestine • FRANCE 24 English​

Death of Shireen Abu Akleh: What it means for Israel and Palestine • FRANCE 24 English​

It was probably the Palestinians who shot her.
Math is hard, harder if you're a liberal.....

The Palestinian Authority Public Prosecutor's Office has amazingly high tech equipment that can determine things that no other known investigators can. And they are surprised that the US investigators are too incompetent to properly examine a bullet.

Here's is their statement:


The findings of the Public Prosecution's investigations in the case of the assassination of the martyr Shireen Abu Akleh, which were previously announced, were based on a set of irrefutable evidence, which included technical reports, examinations and eyewitnesses' testimonies that conclusively determined that the assassination of the martyr Shireen Abu Akleh was a direct targeting by a member of the Israeli occupation army stationed in the area, and it proved indisputably that there were no manifestations or armed confrontations at the time and place of the crime.

The evidence included technical reports related to the bullet extracted from the head of the martyr Shireen Abu Akleh, which indicated that the 5.56-caliber projectile was armor-piercing and was fired from a distance of 170 to 180 meters with a firing path that corresponds to the location of the Israeli occupation army.
Click to expand...


With regard to what the American side stated regarding the results of the technical examination of the presence of severe damage to the bullet that prevented reaching a clear conclusion, the Public Prosecution confirms that this is not true and was surprised by came in the statement since the technical reports of Public Prosecution confirm that the condition of the projectile could be matched to the weapon used.
Click to expand...

Given that the weapon they claim that killed Abu Akleh is not in their hands, that is pretty amazing!

Additionally, the fact that the targeting of the martyr Abu Akleh, according to the conclusive evidence, was intentional, and it is unacceptable what was stated by the American side that there were no reasons indicating that the targeting was intentional, especially since they were aware of the overall investigations of the Public Prosecution that confirmed the issue of a premeditated killing, whether what is documented by video recordings or through eyewitnesses, the path, distance and heights of the shooting, or by targeting those who tried to rescue the martyr, as detailed in the announcement of the results of our investigations in the press conference.
Click to expand...

Since they haven't proven that the bullets came from the Israeli position by their own admittance in the first paragraph, then if there was any intentionality, it must have been from the real Palestinian shooters.

The competent authority to conduct the investigation legally is the Palestinian Public Prosecution, and any results of investigations conducted by any other bodies are not legally binding. Based on the investigations, Israel bears full responsibility for the deliberate assassination of the Palestinian martyr Shireen Abu Akleh, and we will work to complete our legal procedures to prosecute Israel before international courts.
Click to expand...

I just want to emphasize: the Palestinian security services did not do a crime scene investigation. They didn't close off the area of the shooting, they did not take photographs, they did not measure distances, they did not stop Jenin residents from dropping by the scene of Shireen's' death and take souvenirs. They do not know what direction she was facing, if the bullet that hit her was manufactured in the US or Israel, if there was a ricochet off the wall, what the angle was of the shot. They do not know which buildings in Jenin the terrorist snipers were. They did not publish a report showing where the other bullets landed, or how many there were. They relied on "eyewitness" testimony from known and established liars.

Their investigation that they are claiming is so professional and superior to what the Americans could do is not merely amateurish. It is criminally incompetent. They decided on their conclusion and twisted evidence to reach it, ignoring any counter-evidence (like the actual distance of the IDF.)

This bunch of incompetent clowns - who may have accidentally exonerated Israel by saying that the bullet was manufactured in the US, when Israeli bullets are made in Israel - are now accusing the US experts that came to Israel of not knowing anything about bullet forensics. 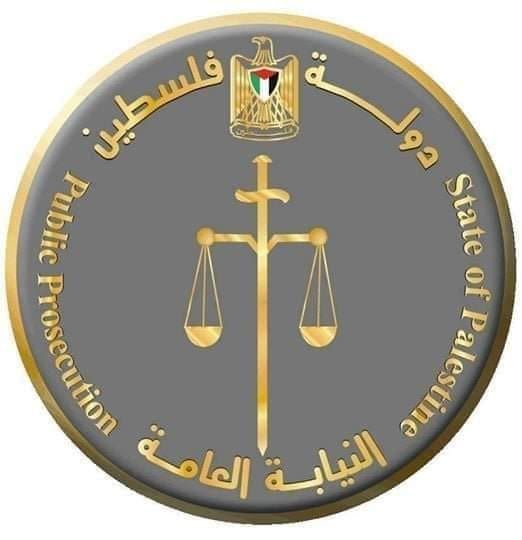 Denialism is a region of the mind most preferred by those who reject the Jewish Nation/People's right to sovereignty on their own Ancient Land.
You must log in or register to reply here.

How Does a Jew Do a Seder Alone?

Journalist Shot By Israeli Sniper -- Did She Have It Coming??
6 7 8

"You would use your gun to kill Americans?"

POLL -- What should term limits BE for ALL politicians?
2

Moscow empire threatens the US to take Alaska back