I thought acorn ilk were done, James O'Keefe where are you...

An ACORN offshoot and other left-wing pressure groups are suing California in federal court because the state hasn’t made it easy enough for Democrats to flood voter rolls with illegal aliens and foreign nationals who aren’t legally eligible to vote.

Throughout the years Mickey Mouse, Mary Poppins, and celebrities living and dead were registered to vote because now-defunct ACORN and its allied groups were allowed to pollute the voter rolls.

The ACORN successor group known as ACCE Institute, League of Women Voters of California, California Common Cause, and the National Council of La Raza want to compel the California Department of Motor Vehicles (DMV) to incorporate voter registration material into the forms needed to apply for or renew a driver’s license or state identification card, or submit a change of address. They claim the DMV is violating the National Voter Registration Act (NVRA), popularly called “Motor-Voter,” by asking the more than a million California residents who renew by mail every year to fill out a separate voter registration form.

Other election fraud-promoting state policies already exist in the Golden State, which is a haven for illegal aliens and illegal voting.

In 2015, Gov. Jerry Brown (D) signed a law to register all eligible holders of driver’s licenses as voters unless they "opt out." The Los Angeles Times reports that law “was on hold until state elections officials completed testing of a statewide voter database. That process ended last year, and the automated process for registering voters is expected to be used before next year's elections.”

The lawsuit filed by ACCE Institute and its allies is in keeping with that goal.

I smell a little regressive sue and settle action, CA probably gave theses folks the money to sue them, now they can settle with a federal court judgment behind them. You can bet this is just the beginning.


.
We sleep peacefully in our beds at night because rough men are willing to do violence on our behalf.

Eleven counties in California have more than 100 percent of their eligible voters registered to vote.
The Corrupt Democratic Party uses mass voter fraud to steal elections and usurp our democracy.
Democrats are just bad people.
Democrats are all of the things which they profess to abhor 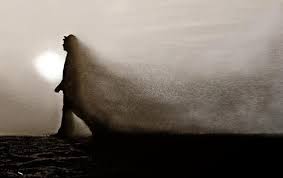 "A great civilization is not conquered from without until it has destroyed itself from within."
Ariel Durant

"Save me for now, save me forever
Hold me so close, I can't bear to go
There's darkness around me or is it within me
You're living forever, I'm dying so slow"
Kansas - Angels haven fallen

Motor Voter Should Be Sent To The Crusher.
That law in my opinion is Unconstitutional.
DemNazis, Same as Them Nazis

A Saviors Welcome: Thousands Line The Streets Of Corpus Christi To Greet President Trump And Melania

J
Democrat Election Bill Is A Dog Of A Bill!

HR-1 voting bill removes need for any ID, let alone voter ID. You have to pinky swear you are a US citizen, at least 16, and the name given is right.

They’ve Simply Learned To Be More….Nuanced
2 3

CDC Admitts It Screwed The Country, Vows a 'Reset'

A moment ago
Riff Raff