Three Ontario Provincial Police officers and another person have been charged, while four other officers have been suspended in connection with an ongoing investigation into the towing industry in the GTA, the force said Saturday.

In a news release, the OPP said its professional standards unit received an internal complaint in February of 2019 alleging members of the OPP Highway Safety Division were providing preferential treatment to tow operators within the Greater Toronto Area.

Now, three OPP officers — all with more than 20 years of service — have been charged with secret commissions and breach of trust contrary to the Criminal Code. The officers are:

Bridle has also been charged with obtaining sexual services for consideration, police say.

Showan is currently out of the province, the OPP said, and a warrant has been issued for his arrest.

The other officers were arrested earlier this week.

4 more OPP officers suspended with pay
All three members have been or will be served notices of suspension with pay, the OPP said.

Additionally, as a result of the criminal investigation, four more OPP officers — including two commissioned officers from the highway safety division — have been suspended with pay.

Here's a pic of one of the suspendees: 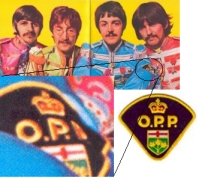 Dang it is very cold on this board...Brrrrr. How does a bill become law in Canada. How is the...

What positive things has Biden done as POTUS? What negative things? And how the heck was he elected?

The real reason for the Dr. Seuss freakout
2